The only thing that´s really annoying me is the fact that you can´t see more than one objective at a time on the map. So to know if there are any mission objectives on my way to another mission, I have to switch to all the other quests and then go check the map. WHAT the actual heck.

Yup! But I only ever play Borderlands with friends occasionally, and it feels like you kinda just go for one mission anyways then, so that never really bothered me.

Yup! But I only ever play Borderlands with friends occasionally, and it feels like you kinda just go for one mission anyways then, so that never really bothered me.

In Borderlands 3, there are a lot of side missions that conveniently are on or near the main path, but you not only don’t see map markers unless they are the selected mission, you don’t see quest objects/interactable items either.

Oh. That sucks. Now I´m even more reluctant to play Borderlands 3 than I was before. It just feels (looks) more of the same as Borderlands 2 so… why bother

Borderlands 3 has great shooting and the more I play it the more I rather like the way the character builds can go. It’s not, IMO, as “good” a game in toto as 2, but it’s well worth your time if you like the genre/series. Caveat: I play solo, and have never even tried 3 with anyone in a group. Played an infinitesimal bit of 2 in groups.

These games need a “loot all objects in room” option. I just hate driving my carpel tunnel into oblivion trying to open every little drawer, diving into every trash can, and hammering open every crate.

I missed about 500 posts in this thread. I see the verdict is mixed.

I might skip it. I’m very picky these days.

Yeah, I was pretty close to an impulse day-1 purchase when it launched, but as the breathless enthusiasm has waned, I am realizing maybe there is no rush to add it to my 5 million game backlog.

Man ain’t that the truth. Too much loot! So many boxes and whatevs. If this game gets a serious “survival” mode (damage increases and a LOT less resources) I will try it again.

Its very worth getting, the end game falls off from Obsidians greatness, but its worth a play and I’ll be playing it again. The Firefly theme homage ensured that…even if it was only ok…and it was much better than that.

Try Supernova Difficulty. It includes needing to eat, drink, and rest from damage, a LOT more depth! You can forget about saving your crew though, it’s insta death for them…

I’m 19 hours in, with all the companions and half finishing with Monarch, and I think I’m going to drop the game at this point. Which is surprising, if you would have told me some months ago that I was going to drop a FPS/RPG from Obsidian I wouldn’t have believe you, but I’m finding it between mediocre and painfully average (with dips to ‘bad’) in most areas: combat, balance, character progression, questing and skills, dungeon design, exploration, looting, half of the companions, main story… (19 hours in and it’s still as uninteresting as in the first hour, ‘we need to get some chemicals’).
For reference, some of my favorite games are other FPS/RPGs like F:NV, SS2, Deus Ex, Prey, etc

I’m playing it and thinking ‘maybe I should invest my limited hours in Disco Elysium’, instead of truly enjoying.

Damn it, where are you Huxley?

I’m 19 hours in, with all the companions and half finishing with Monarch, and I think I’m going to drop the game at this point

That’s about as far as I got as well… trudging across Monarch, shooting giant bugs, for what now? I don’t remember. That’s my feeling about this game; zero investment in the story and supremely forgettable. Haven’t played in a week and don’t really feel compelled to return and now I’m back with Fallout 4 which does everything with this setting and genre about 100x better, IMHO 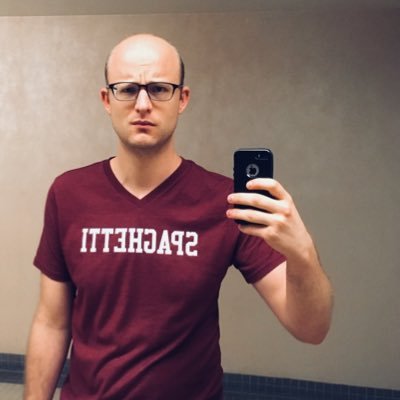 We released patch 1.2 of #TheOuterWorlds today, and it includes a fix for the dreaded "the game thinks my companions are dead" bug, which I believe I spent more time investigating than I have for any other individual bug in my career (1/18)
Wendelius December 13, 2019, 9:48pm #1255

There are a ton of fixes in that patch:

Greetings fellow spacers, Patch 1.2 has been released! The next time you log onto The Outer Worlds you should be prompted to update your game. This patch is available for players on all platforms and is required in order to fix specific issues within...

Yeah I was disappointed too.

I played a bunch more of this over the weekend, after I couldn’t figure out what new game I should start. I mean, I should plow through this game already in progress right? It’s not as if I hate the game or get no enjoyment. I really think it was just kind of a bad taste left behind by my wrapping up the first planet unfavorably, and then not seeing much of interest on the Groundbreaker.

But this weekend I started and completed events on Monarch. I say completed, I guess I should say the main questline that occurs there, because it’s entirely possibly future events will bring me back. And I really enjoyed all the ins and outs and plot twists that took place there. Not as wild about all the, uh, wildlife rampaging around and trying to either dissolve me in acid or eat me alive. But I think the main thing is that I was able to bring this questline to a successful close, or at least one that seemed more or less equally favorable to the parties involved. I know, interesting choices and all that, maybe one choice shouldn’t be obviously better, but I did at least have to put the legwork in to get there. Next I head to Byzantium, hopefully it will be pretty cool too.