I played through Miles Morales on my PS4 Pro with my son before getting hands on my PS5. It was amazing, and we played through it again in New Game+ mode on the PS5 with the new Performance / Raytracing combo mode. Also amazing. But you know what? Not a huge difference in how we experienced it. I guess I’m not as much about graphics and frame rates as many others are, because I could tell the difference, but it didn’t matter much, if at all.

Looks like I can only redeem the offer for Funimation from within the PS4 itself, so I’m doing that now.

This turned out to be harder than anticipated. I don’t usually sign in to the PS4 itself, I play via remoteplay from my PC for all PS4 games. That way the TV in the living room can be used for other things while I’m playing PS4 remotely from upstairs. Anyway, I tried redeeming the offer via remoteplay but the Funimation app doesn’t transmit via remote play, even just to sign up. So I went downstairs and tried to use the controller, but it wouldn’t sync up with the PS4. This lead me down a series of Youtube videos on how to sync your controller with the PS4. (They really make it complicated). Anyway, in the end going upstairs and using the USB cord to connect the controller with the PS4 didn’t work. Pressing Share and PS button together didn’t work. I was trying to find a safety pin so that I could hit a hidden reset button near the L2 button on the controller, when I found one more youtube video that said, switch off the PS4 first, then connect the controller via wire, and then switch the PS4 on. And that worked! Yay!

Of course, I’m not even going to go into what a pain in the ass signing up for Funimation through the PS4 app was, because I had to do a lot of keyboard typing, including my credit card info, via controller. Such a pain. But I got it done. The Funimation app is terrible. I signed up with that account on the Apple TV, and if anything, the Funimation app on AppleTV is slightly worse. Definitely the worst out of all the apps I’ve used on there so far.

Shit, Crash Team Racing Nitro-Refueled has 43+36 pages of EULA to agree too on startup and the load time for the tracks are LOOOONG even installed to hard disk.

This past Sony generation seems to be missing a Ridge Racer title and Sly Cooper. I wish Wipeout and Ridge Racer weren’t dead franchises.

Wipeout will probably come back with PS5VR, Wipeout VR patch was awesome and in my top 5 VR games.

They’ve closed the studio though. You think they’d staff up and make a new one or just backport the new one to Ps5?

I think it’s been on sale often since before Christmas. That’s almost like its standard price lately.

Thanks. Ever since my wishlist went away, I haven’t been monitoring that price. I remember in a previous sale when I still had a wishlist I think it went down to $13, and I just couldn’t pull the trigger, but at $10, I just did.

Have you tried watching My Hero Academia’s new season on Funimation? When I choose an episode from the new season all I get is a black screen. It works fine on Hulu, but I figure I’ll unsubscribe from Hulu in May so I was hoping I could continue watching it with my free 3 month sub to Funimation.

All the old episodes play fine on Funimation.

The hunt is on. Horizon Zero Dawn Complete Edition is free to download later today through May 14 as part of the #PlayAtHome program. Full details: play.st/3n2WVzy https://t.co/xIcXwgAvi2 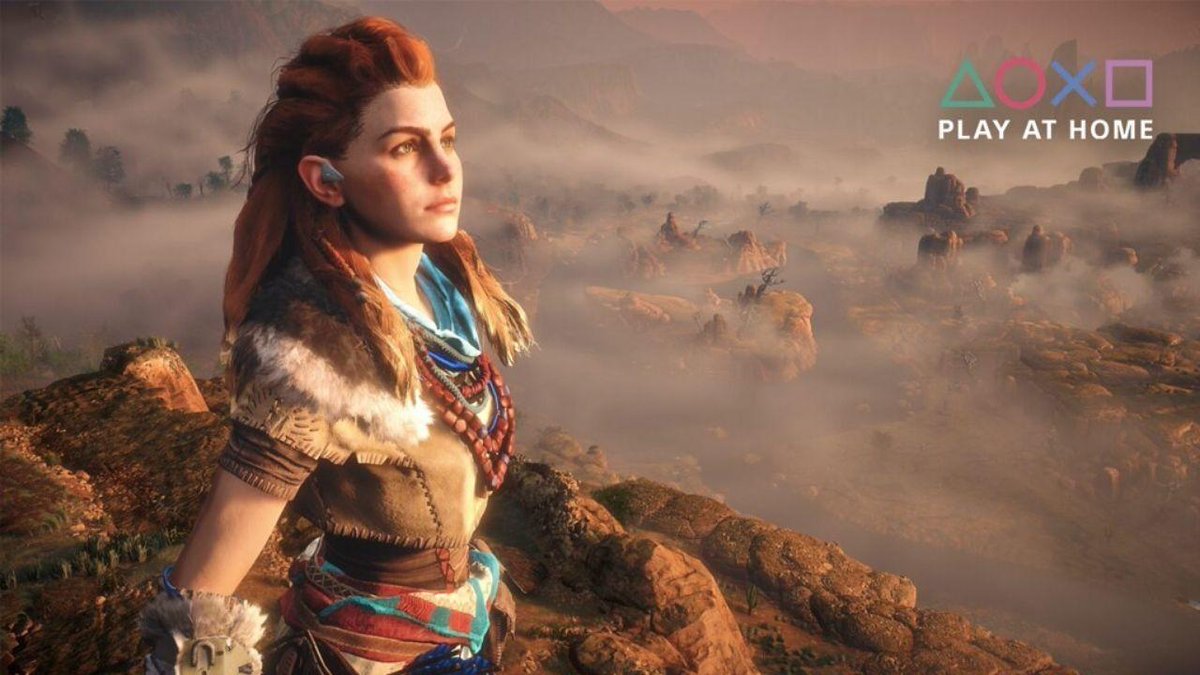 Hey all, quick question: I see that Days Gone is one of the games-to-keep on offer with PlayStation Plus this month. That’s not just for PS5 owners, right? We PS4 plebs can partake as well?

Yes. Wreckfest is the PS5 game this month

I think Days Gone ended yesterday for everyone, but it’s still part of the PS5 stuff.

I think Days Gone ended yesterday for everyone, but it’s still part of the PS5 stuff.

Aw, bummer. Really?* Too slow! I already have Wreckfest on PC so it’s not a draw for me.

*I assumed it would go by calendar month.

The games swap the first Tuesday of the month. Just check in at the start of the month and add them to your library, you don’t even need to download them.

Thanks for the info. Oh well, guess I’ll have to hunt up an old-timey disc version if I want to get a good price on it. It looked interesting, but it wasn’t anything I’d have time to play right away.