Couldn’t find a relevant thread to post this in, the closest being Stephen [Lavelle]'s Sausage Roll, and, really, that’s not the best place for puzzler recommendations, so here’s a dedicated thread!

At the beginning of February Bryan Gale finally released the long awaited (to me at least) Induction:

It’s a puzzle game that revolves around manipulating timelines and creating paradoxes. It’s very hands-off with nary a word in sight to help you out so there’s a lot of discovery and brow furrowing involved as you work out the game’s systems and rules.

I’ve only posted about it now because I wanted to get a bit further before spilling the beans (or time travelling blocks) but it’s… it’s a hard game, and while I’ve not hit a rut exactly, my progress has slowed.

The level design is great and it’s non-linear too so if you’re stuck you can try another puzzle. The solutions I’ve found consistently elating, however elusive. One puzzle in particular I swear is impossible, and it’s got the least amount of moving parts/elements of any I’ve encountered so far. It’s killing me.

Anyway, I highly recommend it to anybody who loves a dollop of mind melting puzzle-y goodness. It’s a shame it hasn’t had more attention because I think it deserves it. Oh, and Tim Schiel’s ambient electronic soundtrack is great.

Coincimentally, an old friend from uni released their time manipulation puzzle game the same week as Induction, called Causality. Talk about timing. I’ve not played this yet but, unlike Induction, Causality is available on Android and iOS too.

That’s a much better trailer if you ask me and it’s certainly a lot easier to make out what’s happening. In particular, the timeline at the bottom looks very useful. While the visuals for Induction are super stripped down and functional, they’re a little on the dry side. Causality looks a lot more friendly and inviting.

I’ve heard good things about both of these games. I’ll have to check them out.

In case some people haven’t noticed the thread about it, I should point out that Slayaway Camp is a very good (not too hardcore) puzzle game of sliding a character around with bloody results! It’s on Steam and also mobile now.

I remember you mentioning that and I think I added it to my wishlist. Looks great and seems to have a lot of personality! I mean, you don’t see gore in puzzle games much…

I put Induction on my wishlist - thanks for the recommendation!

Far too tempting a thread topic for me to miss a chance to mention the game my son made:

It is a colour mixing / piping game, and it gets devilishly difficult. I’ve sadly only done about a third of the puzzles so far, but I do keep going back to it.

I have it installed! I just haven’t got round to playing it yet, like a few other games on my phone :)

Thanks! I’ll mention that Slayaway Camp is also available for iOS now…https://itunes.apple.com/us/app/slayaway-camp/id1123828832?mt=8

No you don’t… just mentioning Slayaway Camp is also available for mobile now too: https://itunes.apple.com/us/app/slayaway-camp/id1123828832?mt=8

@geggis does induction require you to change things as the level is playing (looks like stuff auto moves, but hard to tell) ? I prefer puzzle games where you don’t, which is why I haven’t picked up Causality.

Yeah, there’s no pause feature unfortunately, just ‘play’, rewind and fast forward, which means you have to work out what you’re going to do then do it and make slight adjustments along the way. Sometimes you’ll realise that you screwed something up early on so will effectively have to start from scratch but the solutions aren’t drawn out and tedious enough for that to be an issue (as I found with Snakebird).

All this zipping back and forth to tweak your solution results in a flurry of small eureka moments building up to you finishing the level. It also helps you understand the overall solutions more because they get pretty nuts. It’s been quite a while since I felt so psyched and smart after cracking a puzzle!

Interestingly, from the level select screen you can see your ‘flat’ solution playing out in a linear fashion which exposes those tricksy paradoxes.

It’s not even pausing. I just prefer puzzlers where you aren’t making changes on the fly while the solution is playing out, even if it doing so isn’t twitchy.

On another note, for any puzzle rpg fans, Ticket to Earth released on iOS today and is fantastic so far. Some caveats: it is coming to android and PC. It is going to have three more installments. No word on what the cost will be.

Just going to drop this recommendation in here about Cosmic Express from the Stephen’s Sausage Roll thread.

If any of you are looking for a game with relatively few rules and small playspaces, but still manages to be fiendishly difficult, I highly recommend Cosmic Express. I’ve played it on iOS, but it is on Steam as well. / http://store.steampowered.com/app/583270/Cosmic_Express/

This has been on my radar for a while and seems up my street.

I had checked out Induction, but it looked very, very challenging. I probably will check it before my old days, but I have no idea if my mind will warp around its concepts.

It is challenging but it does a great job of slowly introducing you to the mechanics and rules while opening up tougher branches to test your mettle along the way. Gah, I need to get back to this myself. Got horribly distracted!

This one is iOS only, and one of the best puzzlers (not to mention most unique) I’ve ever played:

Really ought to set about getting further in it one of these days.

Slayaway Camp is on sale for $5 at the Humble Store at the moment. I just picked it up and it looks to be hilarious.

Mm, good little puzzler. Takes a while to get challenging, but stick with it.

Oh cool, will pick that up. Thanks for the heads up.

Picked up both Zero Age and Induction this week. Both are fantastic puzzlers, but Induction is hurting my brain. There is one particular puzzle I’ve been trying for hours and can’t solve yet.

Anyone have hints for this bastard? 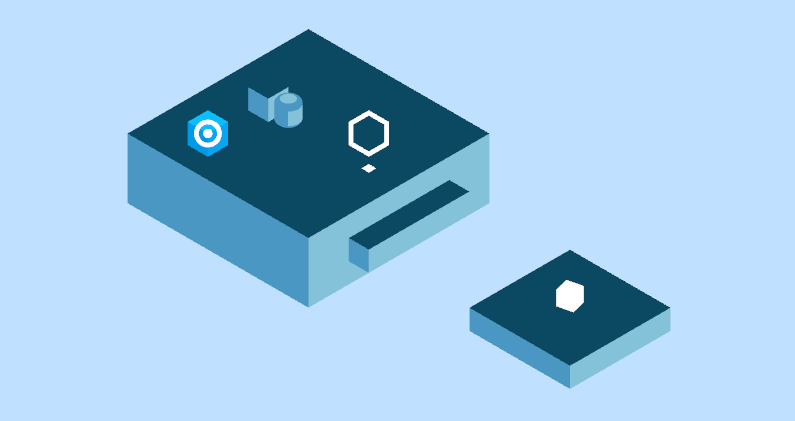