The Qt3 Top 10 Games of the Decade Voting Thread

It’s fine, just make sure not to mess with the order of the top ten games right now so Scott doesn’t have to rewrite the post. So make sure you don’t vote for the following:

I clicked before even reading the opening sentence. Dunno what that says about it me, but it doesn’t feel positive :/

Well you shouldn’t spoil it for yourself so quickly, I hope you looked away! 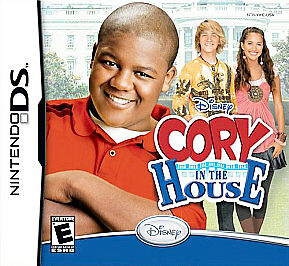 Hey, the people have spoken and I can’t dissuade them. Cory’s house is large and full of his fans apparently.

Maybe give the alphabetical list one more once over to look for dupes if you have a sec:

And last chance to make sure your votes were counted:

A quick look at me looking at the results:

The two Eador games should probably be combined. I listed Eador: Masters of a Broken World, but that game was basically a Genesis re-release with minor adjustments.

Batman: Arkham Knight
Endless Legend - solid 4X-ing in a fascinating science-fantasy setting
Super Smash Bros. Ultimate - I’ll never run out of things to do in this fighter with deep but accessible enough fighting gameplay.
Sang-Froid - Tales of Werewolves - The planning from the original Rainbow 6 meets tower defense in a Canadian werewolf story. I love it when a plan comes together.
Fallout: New Vegas - the best Fallout, but I don’t know if I’d have the patience 2010’s combat in 2020.
Agents of Mayhem - The setting and characters can be a bit bland sometimes, but the action RPG gameplay is rich, deep, and one-of-a-kind.
MASSIVE CHALICE - great eugenics gameplay, really good tactical combat, too.
Mass Effect: Andromeda - Bioware’s best combat ever, and the best Mass Effect story because of how well it fits the gameplay.

The 2010s are when I became passionate about board games. Why are we burying them in the middle of the video game list? There won’t be a single board game in the top 10. How about a separate list?

Android: Netrunner - Extreme assymmetry, and a brilliant realization of its hacker-vs-corp theme. Fantasy Flight’s LCG bloat couldn’t dull the shine of its brilliant core.
Pathfinder Adventure Card Game - Rise of the Runelords - I’m sure the newer sets are better, but this is the first time I encountered the mechanism of building a deck of cards across multiple sessions of a game. A revelation.
Clockwork Wars - I love how the hidden unit deployment system keeps turns fast, even with high player counts. Lush steampunk art, modular board and tech tree, great production and box. One of my favorite and most played games. Great job, @hassanlopez!

The two Eador games should probably be combined. I listed Eador: Masters of a Broken World, but that game was basically a Genesis re-release with minor adjustments.

Agreed, I voted for Genesis.

I will rerun the results tonight with this in mind for posterity, don’t think it will change anything though.

Especially since Genesis was a 2009 game, translated in 2012. And broken world is the ironically titled remake with tons of new bugs and crashes to desktop (and ugly artwork and lawsuits work the original author or something)

SOMA, Into the Breach, Splatoon, Chaos Reborn and Sang-Froid! Oh man, all of these were on my tentative list! fist bump

There’s a point near the end of the story where I just lost it.

Tell me in the SOMA thread!

I’m going to run the results one last time here with the synonym for Eador and Luke_M’s late vote.

The changes to the top 20 are:
Bloodborne took Slay the Spire’s 16th place spot, which moved to 17th. Because Bloodborne moving broke a tie, Mass Effect 3 moved from tied for 17th to alone at 18th.

I added Eldritch Horror to mine. Fantasy Flight’s overall best co-op experience to date, in my opinion. The card game and Arkham Horror 3rd quickly burned us out with lack of replayability and highway robbery business models.

Since they’re not appearing this year, the forum needs to make Top 10 most disappointing/overrated/overlooked lists!

I added Eldritch Horror to mine. Fantasy Flight’s overall best co-op experience to date, in my opinion.

What really seals it is just how simple it is while still retaining a breath of options, prioritizing, and strategies. As long as you have at least one player who knows it enough to book keep, everyone else can get by with a simple actions point reference card in front of them. “You get 2 actions. Go!”

Star Wars: Battlefront - My favorite traditional multiplayer shooter of the decade. I think the sequel is the better game now, but I spent much more time with the first one. Gorgeous rendition of the best of the original trilogy, with solid, accessible shooting for casuals like me and plenty of variety across single and multiplayer modes. And what a treat the companion app card game turned out to be.

Is this co-play as well? I would love to play that with my daughter.

Why has anyone yet to create a co-op Star Wars team game recreating all stages of the Battle for Endor?

(well they technically did with The Queen’s Gambit, which unfortunately had to be set in The Phantom Menace, which is almost as unfortunate as them blowing their one chance to fix Rebellion by setting the expansion in Rogue One).