This is a topic I’ve been interested in… well, my entire life. I’ve been fortunate enough to be part of a small game development company succeed beyond everyone’s wildest dreams while rotting from within, watched small companies struggle, fell on my sword once, was pushed on the sword another, and went down with the ship with others. I am to using no names to protect my past confidentiality agreements.

The most successful had a clear vision of delivering great games to customers. But that certainly hasn’t guaranteed success for most. What makes game companies fail?

To get the ball rolling… 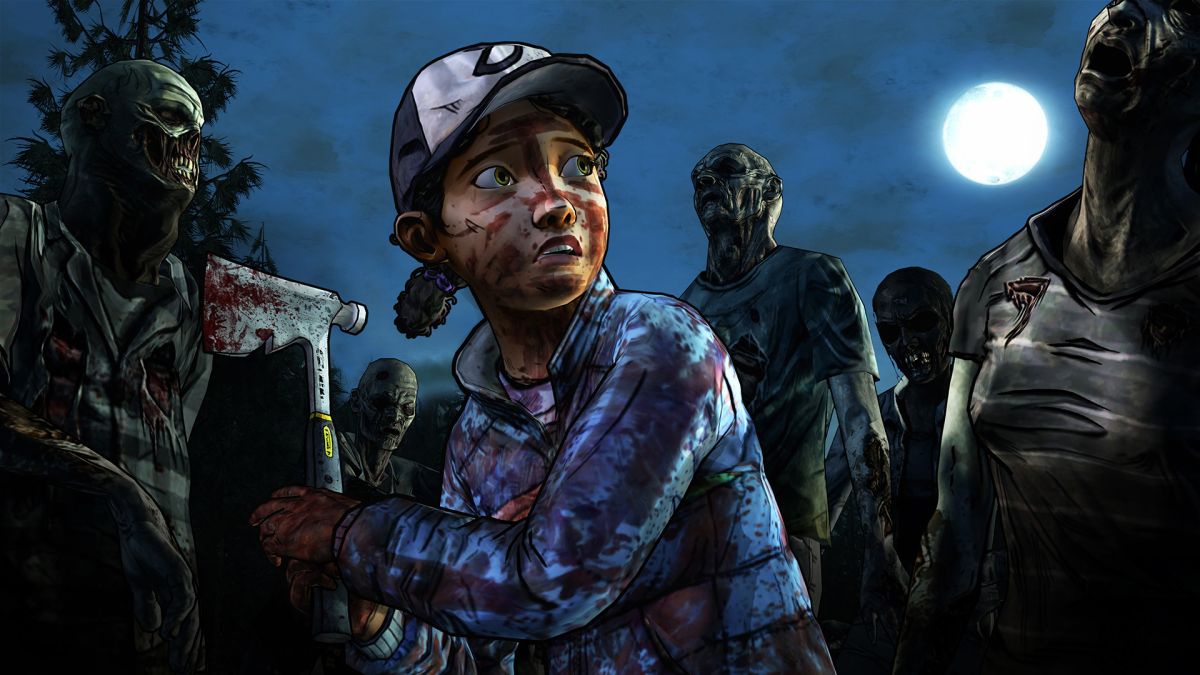 10 studios in the past 12 months have closed forever.

The most successful had a clear vision of delivering great games to customers.

Like I wrote in the thread on Telltale, I don’t think that was true for that studio. Their strategic business model wasn’t to make great games for people to buy and play. It was to sell co-marketing projects to financiers that came in the form of licensed IP games.

I’ve seen this first hand. Also seen a seriously talented and high performing studio fall to pieces when leadership were fired and the corporate overlords put a lackey who didn’t know what he was doing in charge (Impressions Games).

Great initiative on starting a thread on this topic @Mellified!

Let me share this article covering the history of “educational games” 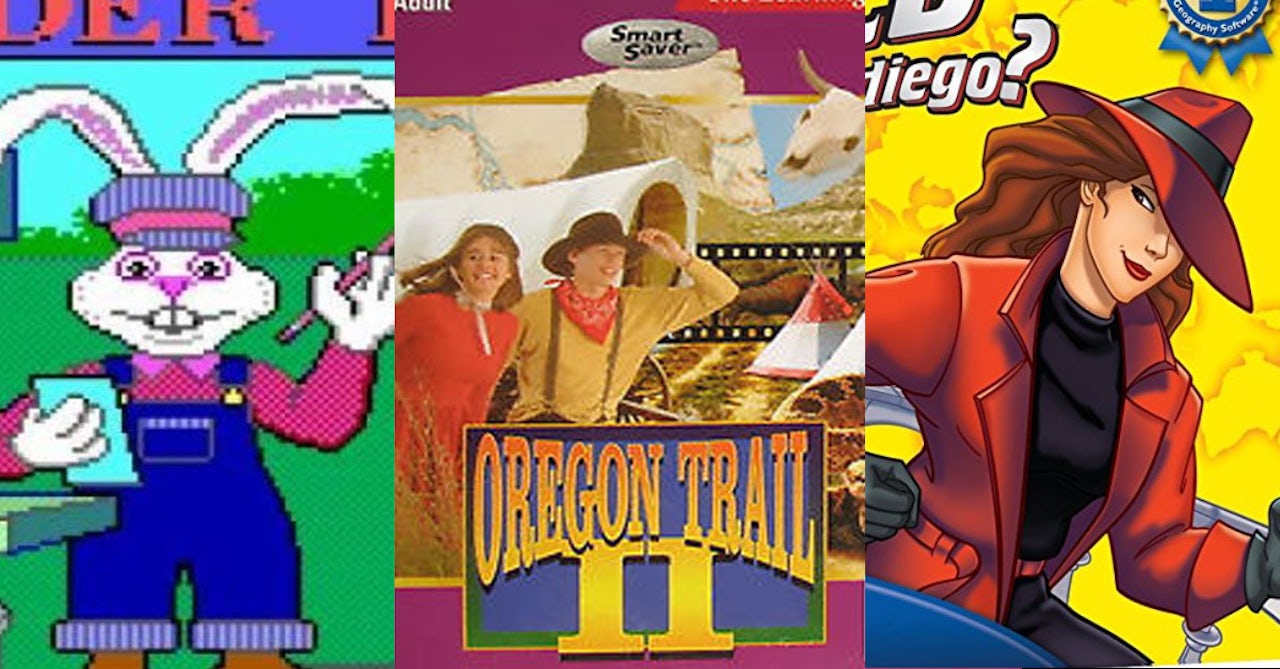 The rise and fall of the company behind ‘Reader Rabbit’ and all your favorite...

Inside the collapse of a once-robust industry, and the ‘Shark Tank’ star who abetted the process.

TLC’s board hired a temporary CEO, a man with experience in the medical equipment industry, and he promptly fired the entire development team. (None of my sources could recall his name.) The founders slowly dropped off throughout 1983 and ’84 — Robinett and Grimm left to pursue other projects, while Perl was fired. McCormick was the last to leave, pushed out in December 1985.

Robot Odyssey was one of the coolest games ever.

Another aspect to bear in mind is the “video killed the radio star” effect - tastes change and when new tastes put a studio’s weak spots front and center, collapse is almost unavoidable. Impressions probably could have managed the advent of 3D better without the discontinuity caused by the corporate shakeup, but a lot of places got burned then. Anecdotally, I think the landscape has been changing recently too and companies that do poorly at games-as-a-service and twitch-friendly play are struggling.

Some numbers for 2018 layoffs and studio closures:

More than 1,000 jobs lost to studio closures over the past year

And at the same time, Google is hiring gaming people like crazy. Wargaming opened a new office in the UK. Improbable got a huge investment and is hiring like mad, Epic is making billions and is beefing up their team, etc.

What’s the rate of Game Dev company failures vs. other companies of similar sizes? Other tech companies? Other companies with similar funding models? Are games companies particularly bad, or are they just the ones that are most visible? (Sincere questions, although I have suspicions as to what the answers will be).

Management is hard. Lots of companies fail before anybody notices them. Of the ones that do get noticed, lots of them fail as soon as they realize they need to actually, well, manage.

I don’t have statistic for this, but game development is extremely cyclical, so even when you are talking about a “successful” company that is able to continue producing new games over the years, smaller ones have to hire up and then lay off many people to be able to handle the cyclic demands (you need lots of QA, extra programmers and artists, etc., to get the last bits of polish and functionality in there than you do for the early stages).

EDIT: I bring this up, because it makes the companies less stable if they aren’t able to keep a steady set of employees or a steady revenue stream.

Oregon Trail, Carmen Sandiego… I’ve got a lot of fond memories with the educational games. I remember waiting year after year wondering when modern versions would come, and I did that for years not knowing what happened to the company.

Brøderbund was huge for our childhood. It was them and MECC that were my earliest computer memories.

Tech companies rise and fall quickly, in general. Especially during the dot com boom, when companies didn’t have to make money to survive. And there are plenty of predatory companies - especially among the big companies (i.e., if your company has a big name or is “cool”, you can often get away with paying less and treating your employees like dirt - they’ll accept it to get your company on their CV). The more hyped a company is, the less it will often pay (“people don’t work here for the money”).

Even among tech companies, though, game development companies have a terrible reputation for predatory and exploitative behavior. Not surprising, given that there’s an endless line of blinkered young men straight out of high school willing to accept any salary in order to get into game development. We’re literally talking people accepting 35-50% less in salary in order to be exploited relentlessly under poor working conditions and crunch.

And indies are not much better - not necessarily out of evil intentions, but simply because they have even less money and less management experience. I recall going to a talk with the young manager of a pretty hyped Norwegian startup some years ago, and hearing how the majority of the team were essentially living 10 to a single house, and working down at the local store to make ends meet while trying to finish their game.

When your entire business is predicated on people accepting less than half (in some cases), than they could earn doing pretty much anything else that their skillset qualifies them to, it’s hard to build a sustainable and stable business. Especially when you add the entertainment industry element to the equation, which makes it extremely hard to guarantee a steady revenue stream.

Sure, I’ve been on the slave-wages entry level game developer side, so I know that background.

But regardless of how poorly the employees are treated, that doesn’t really reflect on the overall success rate of the companies. Something like 10% of venture backed companies survive long enough to get to a series C fund raiser (and not because they’re exiting…because they fail). I don’t know what the comparative numbers for the games industry are.

I guess I don’t think there’s any reason to believe that games companies are unique in the ways they fail. They fail for most of the same reasons the majority of other small tech companies fail: poor management, poor market fit, poor marketing, etc.

Oregon Trail, Carmen Sandiego… I’ve got a lot of fond memories with the educational games. I remember waiting year after year wondering when modern versions would come, and I did that for years not knowing what happened to the company.

In Europe, where I grew up, TLC wasn’t so big… but Broderbund games were huge. Carmen Sandiego, Prince of Persia, etc.’

I think it is a good reminder that once the “fun” of research, development and creation dies off or fizzles away, all what is left is the IP already generated. A commodity that can be “fracked” out of the ailing container without much trouble. Once everything of value has been stripped, then its carcass is discarded and fades away into oblivion. Only childhood memories of opening screens remain, and it’s quite apparent that nostalgia is also a potentially valuable commodity :-)

So much for all the romanticism of entrepreneurship, invention and the like. Most companies and brands are not meant to exist forever, but to fail or hopefully be acquired netting a handsome payout to the founders.

Interesting thread, but is it really P&R material? I nearly missed it.

Interesting thread, but is it really P&R material? I nearly missed it.

I moved it to games.

Interesting thread, but is it really P&R material?

I moved it to games.

P&R is a little more open ended than Games and we’re not discussing the entertainment value of games here.

In any case I’ll defer to Clay on placement.

I’d propose we aren’t really talking about politics or religion either, but either way I guess. I just generally stay out of P&R.

I toyed with a web version of Carmen Sandiego recently, it still has some charm. If they gave me a modern version of Oregon Trail, or a game where we could travel the trail on with a wagon and it was less strategy and more action or something… I’d be there.