I would say companies don’t need to be hailed as paragons for stuff like this; I always look at such decisions as risk avoidance/damage control first and principled actions a distant second. Sometimes the two align, sometimes not.

Microtransactions and COVID-19 are key factors

That’s not surprising. They sell a ton of stuff in the Warzone/Cold War/Modern Warfare stores. It’s all cosmetics, but they are almost universally high quality blueprints and player skins and the cheapest among them are $5.00. Most of the really good stuff is $20 and up. Throw in the Battle Pass (which can be earned for free every season after one initial purchase of $10 mind you…), and you can easily see where that money is pouring in from.

Warzone is a great game. Cold War is very solid and I don’t even play Zombies which a lot of people love. Modern Warfare, as I noted in another thread, is a Game of the Generation with Warzone included as part of the overall package. It was groundbreaking in its streamlining of “realistic” FPS combat. If I had voted in the Qt3 Quarterlies, I would have had Warzone at number one for 2020. It’s brilliant.

Nothing has left as bad a taste in my mouth as having to play MP codblops against the QA team in a room with a massive sound system, with a migraine, after beating the single-player in more or less one sitting.

At one point I was so fried I couldn’t remember the controls and the QA guys are all running around knives-only for lulz and gifting me pity kills when the PR flack remembers to yell at them.

But hey, at least we didn’t do the whole helicopter-trip-to-an-aircraft-carrier thing. Fuckin’ Activision.

“Call of Duty: So realistic, you can get PTSD just from playing!”

Tencent buys another one…

Klei Entertainment founder Jamie Cheng has announced that Tencent is acquiring a majority stake in the studio.

Tencent made record number of games M&A deals in 2020

Chinese giant invested in 31 companies, three times more than the year before

Klei Entertainment founder Jamie Cheng has announced that Tencent is acquiring a majority stake in the studio.

Oof, that one hurts.

Going forward, the Vicarious Visions team of about 200 people will be employees of Blizzard and “fully dedicated to existing Blizzard games and initiatives,” which means the Tony Hawk’s Pro Skater 1+2 studio will no longer be creating games as the lead developer.

I wonder how much turnover there is at a small company like Vicarious Visions over the years. I remember waiting so eagerly for Terminus, the Privateer-like game with realistic physics that turned out to have a really ugly font and HUD. Then I remember being amazed at what VV did with the Xbox Doom 3 port. They made the game so much better than id software’s original. They’ve had their share of really interesting or faithful ports.

The Resident Evil 4 remake has essentially switched developers and has been rebooted following disagreements between Capcom and the M-Two (Resi 3 developer) over how much should be changed.

VGC reports that M-Two's (Resident Evil 3 Remake) role in the development of Resident Evil 4 Remake has been "significantly reduced"; Capcom Division 1 has taken over the project videogameschronicle.com/news/resident-… https://t.co/0OgHKai5NZ

The report mentions that there have been disagreements between Capcom and M-Two; the former pushed for more changes while the latter prefers a more 1:1 remake because of the backlash to RE3 remake VGC also states that RE4R is being partially rebooted now and slated for 2023 https://t.co/gFGTjo68U9

That bums me out a bit, I really liked what they did with the RE 2 and 3 remakes. I wasn’t a huge fan of RE4, so I’m curious what they’re planning to do with it.

Yeah, I find this surprising given the studio’s long history of delivering successful games. They carried the Skylanders franchise forward, alternating releases with Toys for Bob for a few years there.

They also did a fantastic job on the Crash Bandicoot remake which sold like crazy. Sucks for the team, and suggests things at Blizzard are going really poorly.

Well, it could also be that Activision is simply trying to force Blizzard to go faster than their usual “eh, maybe Diablo 4 will come out half a dozen years from now…” pace by throwing more people at them. I’m sure they’d love to turn one of those properties into another yearly $60 release fiesta instead.

I wonder how much real creative talent is even left at Blizzard at this point. Certainly they haven’t released anything worth a shit in years.

VV has been mainly a support studio for Activision for the last decade. Looks like they’re just dedicating them to Blizzard projects exclusively. They’ll just be cranking out art assets, maybe some code, I’d expect.

Schreier has some details:

Blizzard said today that it's absorbing Vicarious Visions. What it didn't say: - VV has been working on a Diablo II remake - Team 1, Blizzard's "classic team," was quietly dismantled last fall New from me, including some insight on WC3 Reforged: bloomberg.com/news/articles/…

Blizzard's Team 1 was responsible for StarCraft II, Heroes of the Storm, StarCraft Remastered, and Warcraft 3 Reforged (which was the product of -- surprise! -- unrealistic deadlines created by financial pressures). Its next project was going to be the Diablo 2 remake.
forgeforsaken January 23, 2021, 12:11am #1419

There’s also a rumor they (Tencent) are in process of a much bigger acquisition, they are in talks for a 6B loan. 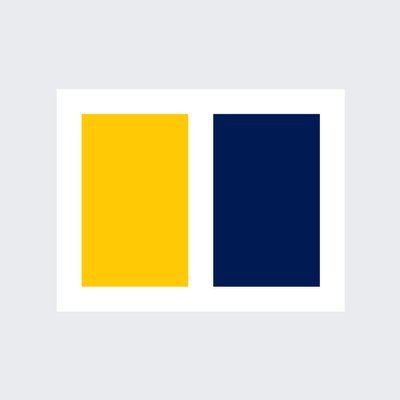 Tencent is in talks with banks to borrow US$6 billion in Asia’s biggest syndicated loan for a Chinese firm since 2019 scmp.com/business/compa…
← previous page next page →