Or what am I missing here?

The fact that you’re posting in the wrong thread? We all know how badly some Epic employees behave here when EGS is criticised. So the least you could do is not give them an excuse to spread this shit all across the forum.

I get what you are saying, and yes, it is certainly possible to turn this sort of argument into a head in the sand, self-centered blindness that ignores the cost of consumption entirely. In the case of digital distribution of entertainment software, however, I just don’t see where the putative ills rise to the level of serious ethical concern for most consumers. Computers, electronics in general, and software in particular are industries that benefit enormously from standardization and simplification of standards, formats, and accessibility. There is always a cost for these things, just as there was when we settled on Windows and the Mac OS as the only two really viable OS’s and USB supplanted Centronics, serial, and all the other weird cabling.

Ok. I disagree that all arguments from customer PoV are invalid by default just because sweatshops exist and some bad justifications of horrendous behavior get made.

Dante Buckley, Founder and CEO of Downpour Interactive, has stood out over the last several years as a source of inspiration within the VR industry thanks to the stellar success of Onward, a multi-platform multiplayer MilSim. Onward launched as a...

The director of the Witcher 3, the most successful video game for Polish publisher CD Projekt SA, resigned after facing workplace bullying allegations, which he denies.

The company had been conducting a months-long investigation into accusations of mobbing, a Polish term for office bullying, against the game director Konrad Tomaszkiewicz, according to an email to CD Projekt staff reviewed by Bloomberg. In the message, Tomaszkiewicz wrote that a commission had been formed to look into these allegations and had found him not guilty.

“Nonetheless, a lot of people are feeling fear, stress or discomfort when working with me,” he wrote. He apologized to staff “for all the bad blood I have caused.”

EA has bought the makers of Super Mega Baseball

Not crazy to hear about that. I’ve quite enjoyed Super Mega Baseball and don’t imagine this bodes well for the franchise.

Come on, every time EA has bought a studio they’ve only benefitted from the larger company’s logistical prowess, shared marketing and technological resources, and consistent branding. 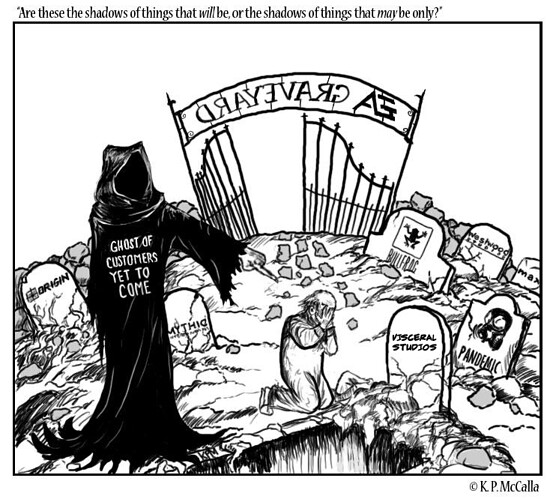 I’m quite confident that Frostbite is perfectly suited to baseball games, practically made for them. What could go wrong?

Checked with Ubisoft about this, and they say that they'll be labeling any new in-house games as "A Ubisoft original" going forward. Shades of Netflix! twitter.com/stephentotilo/…

TIL I’ve been pronouncing Ubisoft wrong this whole time.

It’s going to take some effort, that’s pretty baked into my brain.

They’re clearly fucking crazy. Should be An Yoo-bee-soft Original.

I’ve been saying it Ooobisoft and didn’t even think it might be pronounced differently. Huh.

Woah, that’s how I always said it, but I thought I was wrong but it’s hard to change. It turns out I was right all along? That’s confusing.

I mean, the French have always had a complicated relationship with vowels.