The shape of history

I have been reading a lot recently about Oswald Spengler, Arnold Toynbee, and other stuff on patterns in history. I personally am convinced the US in particular and the West in general is going through a phase extremely similar to things that have happened in the past, and learning why and how these patterns hold and reappear must be of some benefit.

With that in mind, I came across this, and found it very interesting:

He basically draws up points of correlation between ancient Egypt, ancient China, the Roman Empire, the Islamic empire, and the West since the 1700s. This might be just a matter of the human tendency to see patterns in chaos, but I find the correlations generally pretty interesting.

For instance, the time period we are currently in is labeled “Imperial Populism” and is compared to the Roman period following Tiberius Gracchus - which was the time when Rome became essentially the undisputed (save for Persia) leader of the Mediterranean, while internally its political system became increasingly corrupted and dysfunctional as assorted powerful individuals competed to seize and control the state, culmiinating in the repeated civil wars before the emergence of Gaius Julius Caesar and his nephew.

According to the foreword, this particular outline was written in 1992, in which case it has been doing an eerily accurate job of prediction so far. Anyway, just curious as to people’s thoughts on this.

Not really. It postulates an imperial collapse followed by chaos, and those are depressingly regular in human history.

Man, I really have to get back to reading Spengler… it’s hard to get past his clubfooted analogies and outright falsifications but there’s always an undercurrent of plausibility that makes me think he’s onto something.

In the West, where time was more often seen as linear than cyclical, the Joachite Rebellion of the early twenty-sixth century actually intended to end human history once and for all. The ideology of this catastrophic cult (which eventually claimed more than half-a-billion adherents) incorporated Marxist elements in a framework provided by the eschatological ideas of the twelfth century abbot, Joachim of Fiore. The time since Christ, according to the movement’s prophets, had actually been the Millennium of the Book of Revelation. The Evil One had been imprisoned, his power for harm limited, for 2520 years (seven “perfect” years of 360 days, each day represented by a year in turn; a cosmic week). This epoch saw the victory of Socialism, the most just form of society imaginable in this world. In essence, the age of universal government (even with its free market features) had been the embodiment of the Kingdom of God. Had it not been created precisely by the victory of the people over world finance and national obscurantism? Sometimes the Kingdom had been purer, sometimes more tainted, but it had certainly reached its peak during the era of the universal state. Since that polity was obviously coming to an end, it was clear that the Evil One had been released from his prison for a short while. The synthesis of culture and politics and science which had been achieved after modernity was now exhausted. The time had come to make the world into the beautiful desert described in the last chapters of Revelation. The Elect and the Elect alone would survive to build the New Jerusalem. There would be no other men and no other habitation in all the world.

The New Jerusalem came into being as an insurgents camp in the Midwest of what had been the United States. For the decades in which the insurgency survived, however, it became the capital of a ghostly polity with outposts on every continent. Half of the urbanized areas of the world were destroyed either by the insurgents themselves (who included a quarter of the mutinous armed forces), or by the desperate and confused imperial government. Among the other dreadful features of the period was the only extensive use of nuclear weapons since the First Transition which ended modernity. The imperial regime finally succeeded in restoring “order” over a civilized world which in large part had ceased to exist.

The end of the Empire of the West in the early twenty-seventh century was attended by a slogan: “Cutting the losses.” Everywhere, there were great stretches of continent that had passed out of civilized life altogether. The regime’s guiding policy was to prevent the extinction of the species, and to ensure the survival of the classic books and the cannon of science. Wherever possible, it encouraged the concentration of population by those living in lightly-peopled countries, a description which fit most of the planet. There was no coercion in any of this; the imperial government had neither the power nor the heart to ever coerce anyone ever again. Their theory, probably correct, was simply that civilized life required a certain density of people.

The regime in its final stages maintained a dozen or so “cities,” really fortified schools and trading posts, constructed in the delicate Twilight Romanesque of the lattermost West. Except to the extent that it pursued the bands of terrible New People, created at the whim of the mad Emperor Friedrich in the twenty-fourth century, the government did not even attempt police functions beyond its own facilities.

Indeed, it appeared that, having lost the whole world, Earth’s ostensible rulers were intent upon saving their own souls. The imperial government itself had lost its military character, since every conceivable organized enemy had ceased to exist. The leadership of mankind had become a purely ceremonial post. The Western emperors had in fact been powerless for almost a century. Latterly, the office had tended to devolve on some scholar or member of the imperial civil service, coincident with his retirement. The administrative apparatus developed a character like that of a religious order or a university faculty. Indeed, it eventfully did become largely clericalized: the fossil West had returned to the ancient image of politics as a dialogue between pope and emperor.

Partly because of the Joachite Wars, and partly because of the natural decrease in population, there were fewer than a quarter of a billion people on Earth by the year 2600. There were perhaps three hundred thousand in all the surviving planetary colonies put together. In this epoch, the population of Luna City, always essentially an appendage of terrestrial society, was evacuated to Earth. A scattering of human settlements around the ice mines of the lunar north elected to remain, despite the fact Earth’s rapid loss of space technology would surely make the decision permanent. The almost purely scientific outposts on Mercury, and the troubled colonies in the treacherous environment of Mars, never had the option of returning.

The Last Emperor of the West, in active life a teacher of comparative mathematics and systematic theology at the University of Chicago, died in his sleep in the year 2601 A.D. The College of Electors gathered from the four corners of the world for the last time to consider the choice of a successor. They adjourned without taking action, sine die.

China and India have held on pretty well. Of course, there is an element of racial and cultural solidarity in those countries.

China and India have held on pretty well. Of course, there is an element of racial and cultural solidarity in those countries.

The entire Indian subcontinent has only rarely been under a single government. It’s an ancient Civilization, to be sure, but as a political entity it’s no more remarkably long lived than France.

India’s huge Muslim and Sikh minorities would tend to speak against solidarity.

I’m always wary of people who try to draw extended parallels across history, as if they have discovered the laws of rise and fall. Even an argument as simple as Paul Kennedy’s “Imperial overextension is the prelude to disaster” is subject to a thousand caveats and clarifications about what exactly constitutes “imperial”, “overextension” and “disaster”.

Because America has always existed, in the dreams of cavemen, they longed for our comfort, cable entertainment and hair ornaments. From the time the first sacrificial maiden was held aloft and those few brave members of the crowd shouted something lewd, America was there. When men had the audacity to proclaim themselves gods, the sky chariots they fabricated already existed here, in America. As Christians were thrown to the lions for sport, so it was only a pale echo of when we made a habit of throwing the Lions to be torn apart by the Green Bay Packers. During the French Revolution, we were there, complaining of the smell and the fruity outfits, and wanting to knock shit down. From man’s first step out of the ocean as a flippered monstrosity, America has stood for all the strivings of life. I want it bigger, faster, sleeker, with more features and less work for me, and I want a smaller red one for the wife.

All of human hopes and yearnings culminate in our grand manifestation. Deal with it.

I am hearing a Oswald Spengler audiobook “The decline of the west” and I fail to see how this dude book is nothing more than gatekeeping - “You are not has awesome the greeks” or “You have to be this tall to be german”.

I don’t have a final opinion but so far it seems the decline of the west is somewhat one german dude getting emo and not a real thing.

Thanks @Teiman, I’d missed this thread. This paper is no longer active, but I did find it in the Internet archives:

I continued with other sources. and found one that was about the “war of civilization” and that one had more interesting things to say.

Their point:
The “West” has become about making money, more money and hedonism. People has stopped having babies. The West don’t have one of these awesome narratives that get people going trough bad days. I kind of see the point of that, but… 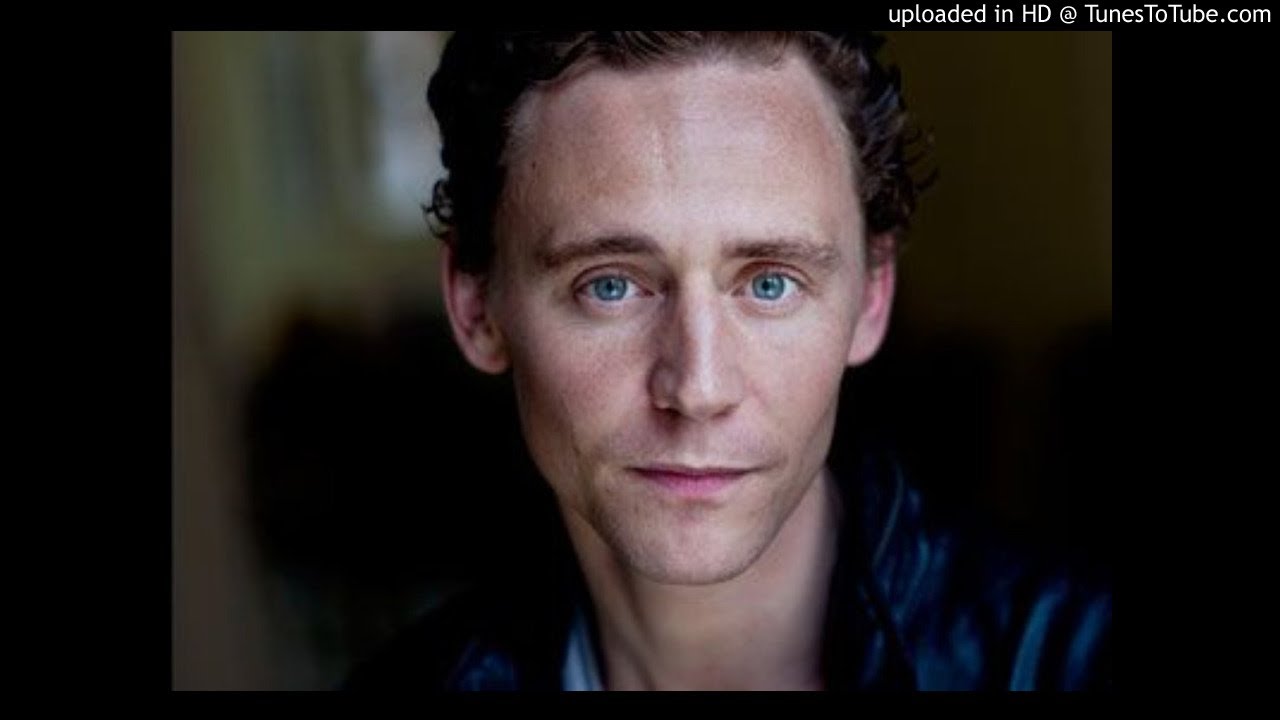 Man, I really have to get back to reading Spengler… it’s hard to get past his clubfooted analogies and outright falsifications but there’s always an undercurrent of plausibility that makes me think he’s onto something.

Not endorse the man, but now it is well over a decade since that comment. What do you think now, about the decline of America and/or “the west” in general?

I think decline is more real now than it ever was. I can only speak about America, but I think that the America of the past (as in the past century or longer) is dying and will die over the next several decades. I just hope that it is a peaceful death and something newer and better comes along to replace it. We may still call our selves American, but it will not be anything like the America of the past.

At the very least, I consider our political system completely broken. Its not fixable. The engineering is bad, so its not like a machine you patch up. It can not carry us into the future. If it persists, it will be a load stone around our neck we drag around accomplishing little while expending tremendous effort.

My interest in this is… some people actually believe in this. I don’t think is a real thing. But many people believing in it make it important.

Plus: Is Trevor Bauer a superhero or a supervillain? 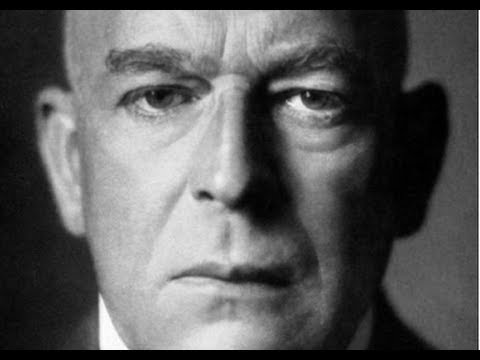