In a phrase: the narrative structure of this TV series fucking sucks. It’s not the writing, the acting, the production values, or the music.

The acting seems okay. They changed some characters (the Doctor, General Starkey, so far, and perhaps Frannie) and I don’t have a problem with that. When it comes to the Doctor - frankly - that made more sense than King’s resolution. No, the minor plot changes are fine. I take no issue with that adaptation.

The production values seem fine and the acting and writing are mostly acceptable. I might have been able to focus on those qualities a little more and perhaps be more discerning about them – but you see, that’s the problem.

I couldn’t do that because the director/editor of the series thinks he’s knows more about telling a story (it has to be a HE, a woman would have more humility and good sense) than the best selling English fiction author of the 20th Century. The editor broke up the flow of the tale and destroyed the narrative structure of the novel in the first episode.

When this series has been fully televised, I expect some incensed fan (King doubtless has millions of them this past week saying the same thing) will re-edit this and put the narrative structure and flow of the tale back into proper time sequence so that we can experience King’s masterpiece the way it was intended.

Because 2020’s version of The Stand isn’t the story that King wrote. And this isn’t better - it is plainly worse.

The central premise and conceit of Stephen King’s The Stand is that the world is brought to an end by an “accidental” release of a biological weapon from a secret weapons facility in California. The reader is introduced to various characters, a few of which die, but the main protagonists (and antagonists) in the tale survive Captain Trips (as the virus is nickname on the West Coast) and participate in the events which follow the End of the World.

And that’s the brilliance of The Stand; the reader consumes the End of the World over several hundred pages and imagines that he or she is like the characters that survive: the .01 % of Humanity. Nobody reads The Stand and imagines themselves being one of the people DYING from the virus. The reader supposes that they survive it, too. It is only then that the reader moves on to the story which follows The End for another 1700 pages or so (in its uncut and unabridged form).

It’s a novel by a writer of supernatural horror. The supernatural largely leaves itself out of the tale and is (mostly) low key. The “horror” is the End of the World. We see society break down from this virus in a way that Covid barely hinted at. It’s riveting stuff; so much so that 42 years later, we are now into a second made for TV version of the novel. King’s story strikes a nerve. It’s a scenario that is believable enough that we don’t dismiss it as entirely bullshit. Its plausibility is why the End of the World King imagines is so horrifying and compelling.

At least, the End of World should be horrific and riveting. That story might actually be horrific if you experienced the tale as it unfolded – not starting after The End has already happened.

I don’t remember this character from the book. Been a long time though.

I actually just read this over the last summer and thought it still held up incredibly well as a great book, though then just a few months after I finished it the pandemic hit and I regretted everything. That said, no such character is in the book as @Rock8man is describing in that first post (I haven’t seen the episode).

EDIT: Just saw @Woolen_Horde say this IS from the book, so I’m not sure who the writer was. If you mean Harold, calling him a fiction writer is a wild adjective to grab onto to describe him, of all the things he is in the book.

Did I? When? Was this from an ancient thread? Am I going senile? Do I need your precious plasma?

LOL yep! But you were correct in doing so.

I have not seen much about the CBS version of the stand but if they start it after the Apocalypse, that’s pretty disappointing. That’s a good heads up @Steel_Wind 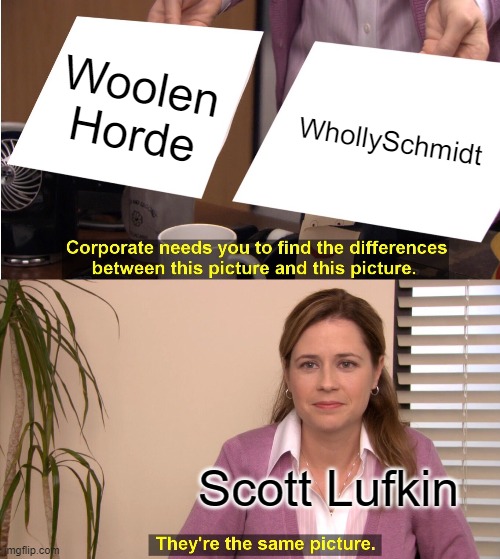 LMAO oh man. Whelp. The good news is, it’s not you whose going senile!

I have not seen much about the CBS version of the stand but if they start it after the Apocalypse, that’s pretty disappointing. That’s a good heads up @Steel_Wind

That’s not what really happens in Ep1. They do a lot of time jumping but you do get a fairly full picture of how it all went down. I do think, however, that it was a pretty weak way to go about it. For my son who hasn’t read the book yet, it only served to confuse and for me, it didn’t add anything interesting to the mix.

Ah, ok, I got it. I’m sure I will watch this Sunday but the description of it so far isn’t making me excited about watching it that’s for sure.

The narrative structure King created is entirely abandoned and spoiled in Episode 1. Its sins are almost numberless.

A noob like Rock8man comes away thinking Harold Lauder is the main protagonist of the tale. He isn’t, of course. He is one of the antagonists. The main protagonist is Stuart Redman - but we don’t really see the End of the World from Stuart’s point of view. Arnette Texas is never shown to us; the Government’s heavy-handed attempt to manage the virus and the infected population is not shown to us either. Instead, in a visual medium like TV in which they have NINE hours to tell the story, they choose to merely talk about it.

Plot points that are ruined in Ep 1:

After Epi 1, we believe Harold Lauder is a dick. He isn’t shown to us as an intellectual and poet, who is socially awkward but otherwise has many redeeming qualities. No, he’s a guy who will plot to kill Frannie and Stuart out of rage. His choices don’t become a tragic choice aided and abetted by supernatural temptation. He’s just a loser asshole, a pervert peeping-tom and Stalker who is jealous.

I could go on. The plot points and character sabotage that the disruption of the narrative flow creates I could write 4,000 words about in this post. Why bother? There’s a podcast that does this on Spotify (And Apple iTunes and the rest of the usual online suspects wherever you get your podcasts from) called “The Last Men Standing” which reviews Episode 1 in a non-spoilerific way. Two of the podcasters are fans of the book and have also seen the prior miniseries in the 90s. One of the podcast crew is a noob who has not read the book nor seen the 90s miniseries.

Verdict?: They hated the editing choices, too. There are three other podcasts that review Ep 1 as well. I have not listened to those, mainly as I have no reason to suspect the reviews will be any different. The complaints on Rotten Tomatoes and Metacritic are the same: it’s all about the fucked up narrative time-flow.

When the comments about the series arise not out of writing, acting, effects, or music – and all of them focus instead on editing and narrative flow, you can tell the director/show runner has completely fucked this up.

I wonder whether these choices were made in the editing room as a result of pressure from CBS. For those who are not aware, the 2020 version of The Stand was greenlit in late 2018 and all photography was done in the fall of 2019 with some reshoots in Jan of 2020. So this thing was in the can and was being put together for release on CBS All Access for the late spring of 2020 when Covid struck.

Suddenly, the fanciful tale of the End of the World from a virus and the complicity and tragic mismanagement of a public health crisis by the US Government was ready for release just as a once-in-a-century pandemic swept the world. Executives at CBS must have thought: “No. Fucking. Way. Now what do we do?”

Maybe the narrative flow that changed the focus was a choice made post-Covid in a quixotic attempt to change the visceral impact of the story and to minimize the Gov’t Conspiracy angle in The Stand?

I’m not sure. I just have a very hard time believing that anybody but an arrogant asshole could make these time-jump narrative choices in the story with the bona fide belief, unchallenged by his co-workers or network executives that this was a better way to tell the story. It’s so clearly off that I suspect that there may have been another agenda at work here.

A weekly review podcast for the CBS All Access series based on the Stephen King book, The Stand!

New York City was very appropriately creepy post apocalypse. Overall it looks like there’s some supernatural goings on in this series. Some kind of good vs evil battle between Abigail and Randall? Maybe. We’ll see.

Rita was an interesting character in this episode. I honestly found her very creepy when she was introduced. But she turned out to be a lost soul.

This week’s 3rd episode introduce Greg Kinnear’s scientist character and goes back in time with Nadine all the way to her childhood, and brings the whole story and all the characters together to set the stage.

Wow, I’m seriously hooked at this point. What incredible bad luck that these characters have to not only deal with a deadly virus that wiped out civilization, but also a battle between good and evil.

Have you read the book or is this your first time experiencing the story?

Ah, very cool. I’ve read it twice so I’m going to skip for now but you are in for a wild and excellent ride if they do the book justice.

Other than the time skipping they seem to be doing a good job so far.

But after this is over you should watch the previous version from 1994.

But after this is over you should watch the previous version from 1994.

Best opening credits ever. This clip cuts out the alarms going off, and the MP at the gate grabbing his family and running, and gets right to the cowbell and carnage. 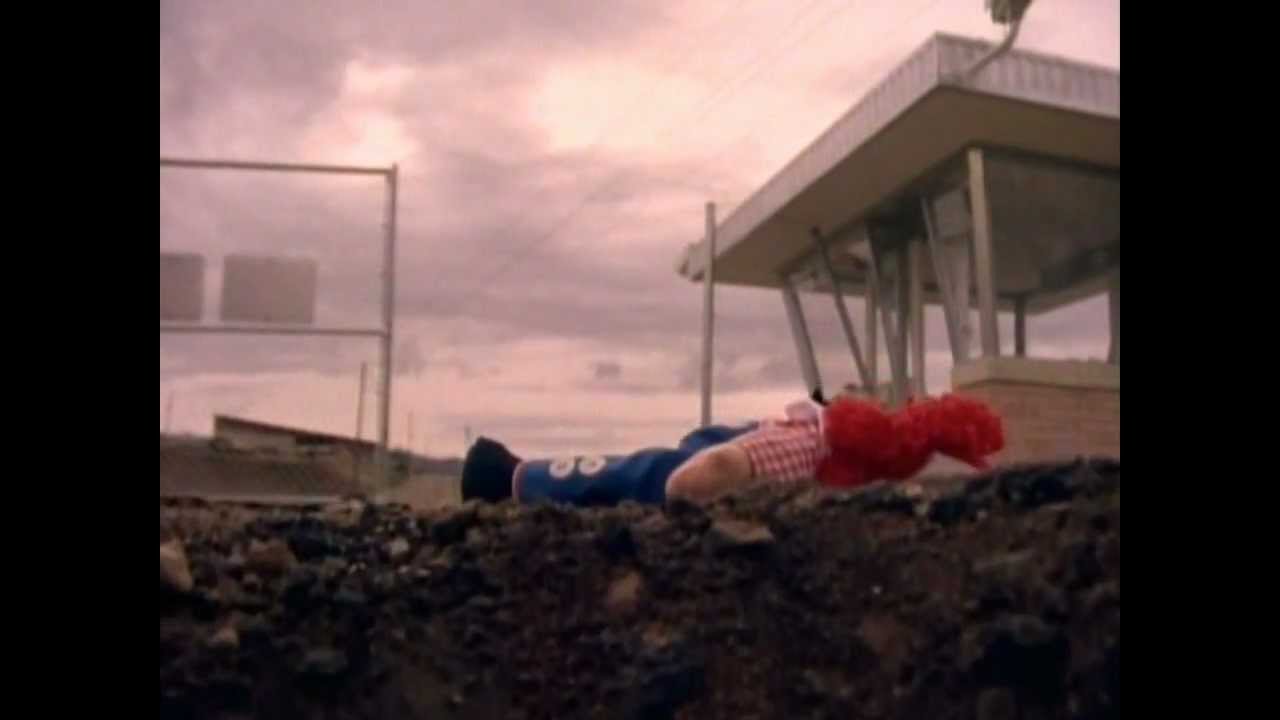 you should watch the previous version from 1994.