Netflix has fired a major shot in the Streaming Wars. With Amazon recently basking in the somewhat tainted glow of the success of Tomorrow War, Netflix just let them know that they are serious as well. Their new major movie, Red Notice is coming in November and they are not fooling around. They have Ryan Reynold, Dwayne “The Rock” Johnson and Gal Gadot as the three leads in this crime caper movie. Johnson is getting $20 million for his work and its been reported that both Ryan and Gal will be receiving similar paydays, putting the salaries of the three top stars in the neighborhood of $60 million! They are throwing around major bucks.

Is the movie going to be worth it though? Feels like made for Streaming movies, at least the blockbuster type of movies, always come up short.

Who knows? I was just amazed at the level of star power and the huge investment Netflix is putting into this. It really seems like streaming movies are trying to supplant theatrical releases. Its going to be interesting to see if the budget is all wrapped up in star power. I have to believe that Netflix is serious about making a movie on par with a theatrical release blockbuster and wont cut corners here.

Anyone remember 6 Underground? It had Ryan Reynolds with Michael Bay directing. It cost $150 million to make, and at the time was the most expensive movie to go to streaming. It was hot garbage.

Oh wait. Red Notice was already made. The shooting was done in November. Rawson Marshall Thurber directing? The guy that gave us Skyscraper and Central Intelligence? Yikes.

Oh wait. Red Notice was already made. The shooting was done in November.

Well, that was something I didnt read in the article I saw. It gave the impression that this was a full on Netflix effort. I dug a little deeper and yes, Netflix bought the distribution rights to this from Universal, and struggled to get it released theatrically due to COVID. 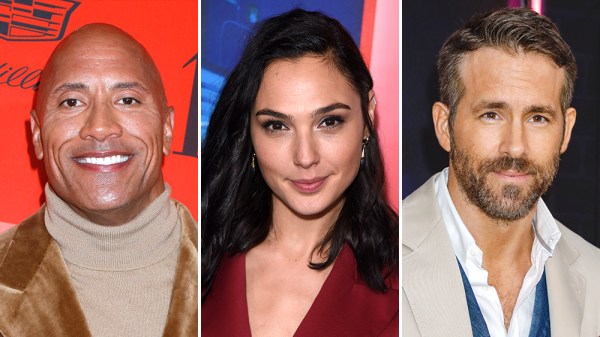 EXCLUSIVE: Netflix has just locked what is arguably its biggest commitment to a feature film. In a dramatic switch of distributors for for a tentpole-sized star package, Netflix has greenlit and se…

It seems that originally Universal greenlit this, after winning a bidding war in 2018 in which Netflix came second. Then Universal got cold feet on deliverables related to shoot scheduling. In July of 2019 (six months before anyone was in on the Covid 19 tip), Netflix used that hesitation and a contractual window to win out on that original bidding war after all.

When Universal owned the distribution, they’d leaked some theatrical release dates (the most prominent being November 13, 2020), but they leaked those dates way back in early 2019 and late 2018 as vague projections after being the original winning bidders on this. 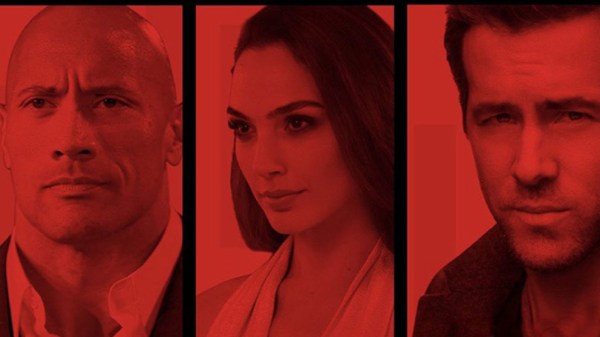 Finally, we have drop date for Netflix’s mega action Rawson Marshall Thurber-directed feature Red Notice and it’s Nov. 12, around the world. Dwayne Johnson just made the news official a…

Netflix immediately put all release dates on hold, especially since principle filming was interrupted in March of 2020 due to Covid. Filming finally wrapped in November of 2020, and I’m guessing post went months into 2021.

Budget for this hit $130 million, which is a LOT. But it’s much less than the $160-200 million guesses that Variety was floating out there about this.

And it will get a theatrical release either early or concurrent to its streaming arrival.

Seems less like a shot in the streaming wars, and more like “This thing we bought 2 years ago that we bid on 3 1/2 years ago is finally ready to come out, and we’ll see if we can recoup any of the ridiculous money we spent on it.”

Yep. So its kind of like Amazon’s Tomorrow War. Yikes!

What it looks like to me is that in the urge to get more content for the content gods, these things get made with the idea that money and a few names should cover it, instead of having well thought out projects where “everyone” is in the right place.

Leads to a lot of not terrible but not great stuff.

Leads to a lot of not terrible but not great stuff.

The major difference, besides delivery, is that streaming can give us serials instead of two hour movies. It would be more interesting to me if Netflix was giving us an 8 hour story with The Rock, Reynolds, and Gadot all starring. The A-listers don’t really seem to want to do serials yet though, do they?

You’d think the stars might quietly slide over a sliver of their 60m for a decent script. Not that I know they don’t have one, but…

I was watching OTA TV last week, which is rare for me, and I saw a commercial for The Tomorrow War. I suppose the commercial’s audience was for people who already have Amazon Prime or have relatives with Prime. I can’t imagine someone who still watches TV with a rabbit ear antenna but has no computer would invest in a PC or smartphone, then sign up for a year of Amazon Prime, just because they saw a commercial for a dumb sci-fi movie with Chris Pratt in it.