I watched The Swordsman on Hi-Yah. (Continuing question about whether I should consolidate all these Asian martial arts film threads into one Hi-Yah thread.) This is a Korean action film about the aftermath of the abdication of King Gwanghaegun in 17th century Korea. Here is a trailer: 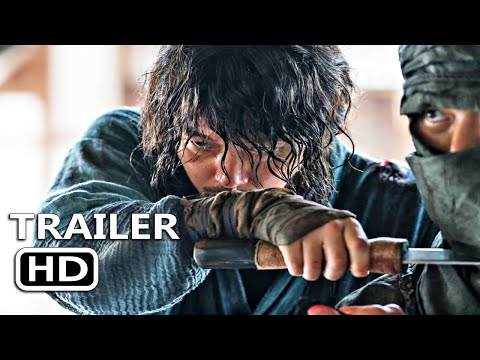 Jang Hyuk plays Tae-yul, the bodyguard of King Gwanghaegun of Joseon (the Korean dynastic kingdom from about 1400-1900). Tae-yul is a swordsman of immense skill. The King’s main advisors organize a revolt and Tae-yul’s eyes are damaged when his sword shatters in a duel during the revolt. The King abdicates and is sent to exile.

The movie elides the subsequent history, possibly because it would be well known to a Korean audience? I had to look it up. Gwanghaegun’s nephew was installed as King Injo XVI after the abdication. Injo mismanaged the kingdom which led to the invasion and subjugation of Joseon by the Chinese Qing empire.

The film jumps forward a couple of decades. Tae-yul lives in the mountains with his teenage daughter. He is nearly blind. Conflict arises when a bunch of Qing slavers arrive and much swordplay ensues. Joe Taslim (of The Raid fame) plays the leader of the slavers.

I thought this film worked really well as a great period action film. Costumes and sets are exquisite and the shots are beautifully filmed. The action is a little bit of a mixed bag. There are certainly plenty of action sequences with lots of cuts, but it’s generally easy to follow and kinetic. The penultimate action sequence, where Tae-yul takes on several waves of bad guys, is pretty thrilling. And I love how Jang Hyuk plays Tae-yul with a constant deadpan. Worth checking out.

Wow, apparently Hi-Yah has been around for like six years. Never heard of it until you mentioned it. Pretty budget priced at only $3 a month. I might have to check this one out…although time to watch stuff is the real problem, not the money. I’d do it on the exercise bike but the wifi in there is pretty bad and my previous experiments in streaming (Armored Trooper Votoms from the apparently unrelated HIDIVE) have been rather frustrating.

My mother has been subbed to Hi-Yah for a while now. Before Hi-Yah and the other streaming services for Asian media, she had to get her fix from a place in her local Asian grocery mall that sold mostly bootleg VHS tapes, which meant that up until Hi-Yah she had to keep a working VCR in her room.

Same thing here. It isn’t the price but the time. But thank you @Matt_W for putting this on my radar!