I’m ready for Team Fortress 3. TF2 was fun, but it got old once it got too silly.

You think a Team Fortress 3 would start out more serious?

I don’t want super-serious, but I don’t think you’d see 200 weapons for each class, and clown hats to start at least.

At this point, I’m pretty sure that if Valve were to make a Team Fortress 3, it would start out just like Dota 2. F2P, Workshop community uploads, and ultra-silly hats and guns right from the get go.

Soldier had me rolling.

Patch with weapons and taunts rolled out. And two major major balance changes (nerfs) that completely change up 7 years of demoman and heavy behavior!

EDIT: What’s really weird about the heavy nerf is that they buffed heavy spinup 4 years ago (aside: holy crap this game is old), and rather than revert that, they did this instead.
http://wiki.teamfortress.com/wiki/June_18,_2014_Patch

Over the weekend, I dipped my toe back into these waters after a year of not touching the game. There is still a lot of fun to be had here. I played about 12 hours over the course of 3 days, even got a new weapons I never even knew about,like the compound crossbow. As I played I came across a sniper with a pipe and owl on his shoulder, I wanted a pipe also, boom $2 spent in the community market and I got a sweet pipe (with Genteel Smoke Effect) and sweater vest combo for my sniper.

I went from the bottom 3 to constantly in top 3 in the course of those 12 hours, the muscle memory of 1500 hours of TF2 since release, returned to my mouse hand. I think I might even buy the $6 entry fee into the Gun Mettle promo they have going on, there are some really nice weapons skins that I saw people have.

Seems Valve has been doing more than just making hats, the update has 5 new maps (community made).

And huh it’s been 10 years. Shit things are getting old.

Cosmetic skins for weapons like CS:GO. Honestly, I’m surprised it took this long.

Pryo gets a jetpack, and a full revamp of his flamethrower.

Rick May, voice of the Soldier in Team Fortress 2, has died

May contracted COVID-19 while recovering from a stroke.

Last month, the voice behind Team Fortress 2‘s Soldier, Rick May, passed away at 79, after contracting Covid-19 during rehabilitation from a February stroke. This week, Valve’s vibrant battlefields grew a little sombre, as an update brought official...

Whoa… the Bots have taken over. 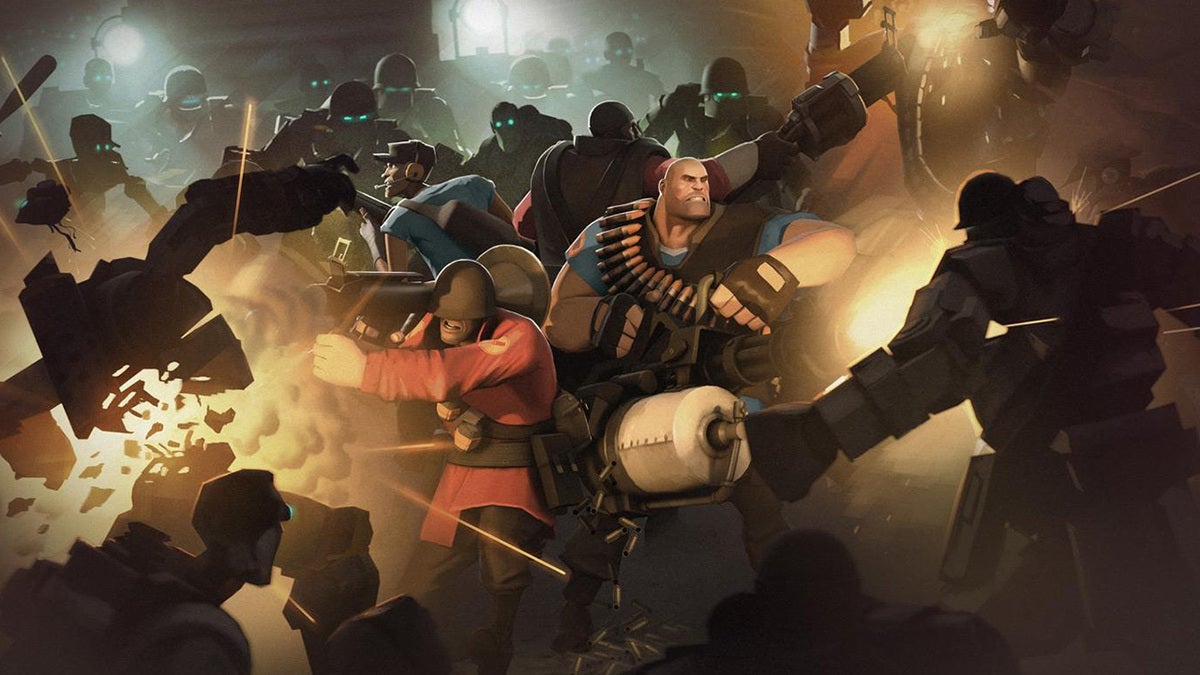 Team Fortress 2’s botting problems are egregious when compared to other online multiplayer games. Head into a casual match on Valve’s servers, and you’ll find that the game is practically impossible to play.

Some bots take on the names of other players in the match and then initiate votes to kick the original player, resulting in legitimate players being removed and more bots flooding in.

Is it really as bad as that IGN thumbnail makes it out to be? Why would Valve let that happen to their cash cow?

Of course, I think about all the egregious hacking in Red Dead Online and, presumably, GTA Online, so maybe hacked cash cows are just as good as secure cash cows.

Steam is their cash cow. After that, DOTA. I can’t imagine TF2’s been more than a drop in the bucket in years.

Still a bit disappointing they’re letting it happen w/o attempting to do something about it.

Or I guess alternatively they could officially declare the game no longer supported then absolutely no one will be surprised it’s infested by bots nor harbor any glimmering hope they’ll fix it.

Bots have been a major problem for most online games I’ve played lately. Currently, that game is Lost Ark and the game gets infested with them. It got so bad for a while that my server had queue times of over an hour in large part due to bots clogging everything up. They are like swarms of locusts that you can see circling maps.

Amazon and the developer have been fighting tooth and nail to get rid of them (the bots undermine the game’s monetization to some degree, so there is financial incentive for them to do so). Things have improved to a degree but it’s a constant fight. Once the botters have gotten around the latest round of detection/bans, I’m sure the queue times will be back.

Anyway, I’m just thinking that if a newly released MMO is having so many struggles with them, I’m not surprised if a 15 year old game has it in a bad way. Speaking of which, I can’t believe that TF2 is almost old enough to get its driver’s license.

I can’t believe that TF2 is almost old enough to get its driver’s license.

As a primeval warrior I must say what a long strange trip it’s been. I had so much fun with TF2. For MP experiences only Wolfenstein: Enemy Territory and LMCTF were as much fun.