The thread of ''Let's Play'' recommendations

I came across a new LP’er recently and thought it might be nice to put our links for those we feel are worth watching:

I prefer slower more ‘mature’ LP’ers in general, less the excited kids shouting all over the game and here is my list of those i watch from time to time.

1. Zemalf, a Finish guy that enabled me to really enjoy Skyrim as i could not play that game (due to Steam only aspect), and in general i think he might have the best voice accent on You Tube: 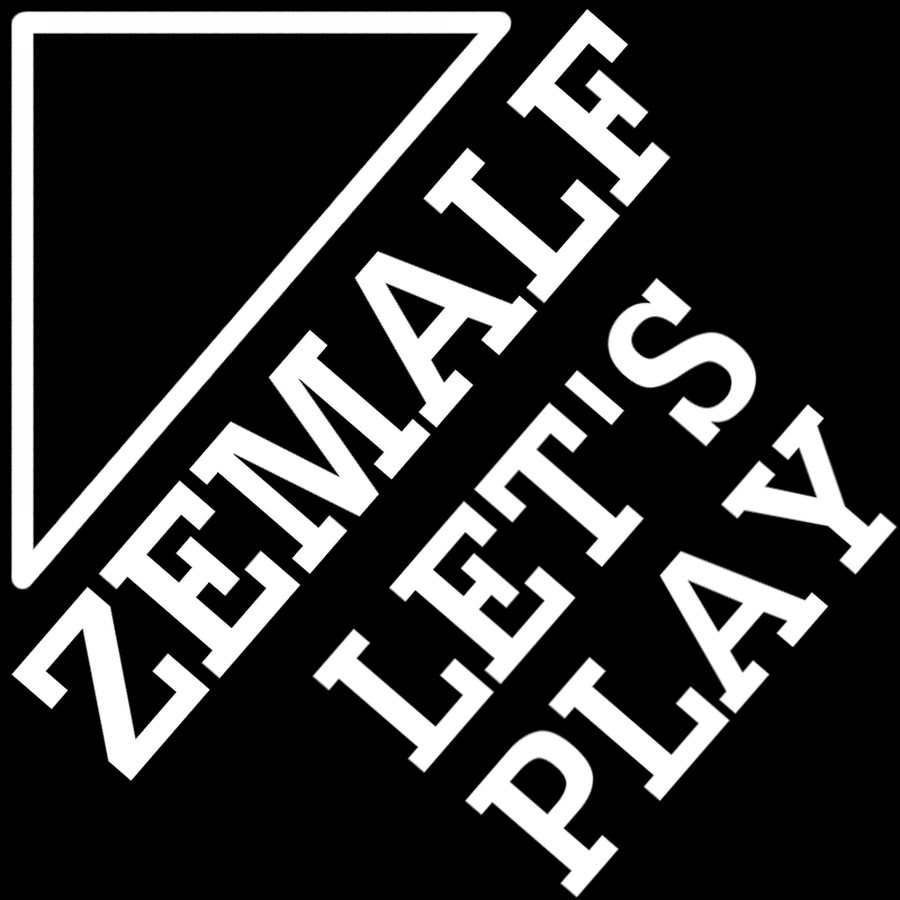 2. SorcererDave, a brit with a decent ability to tell a good story. His Oblivion wizard and Skyrim ‘I Claudius’ are great. 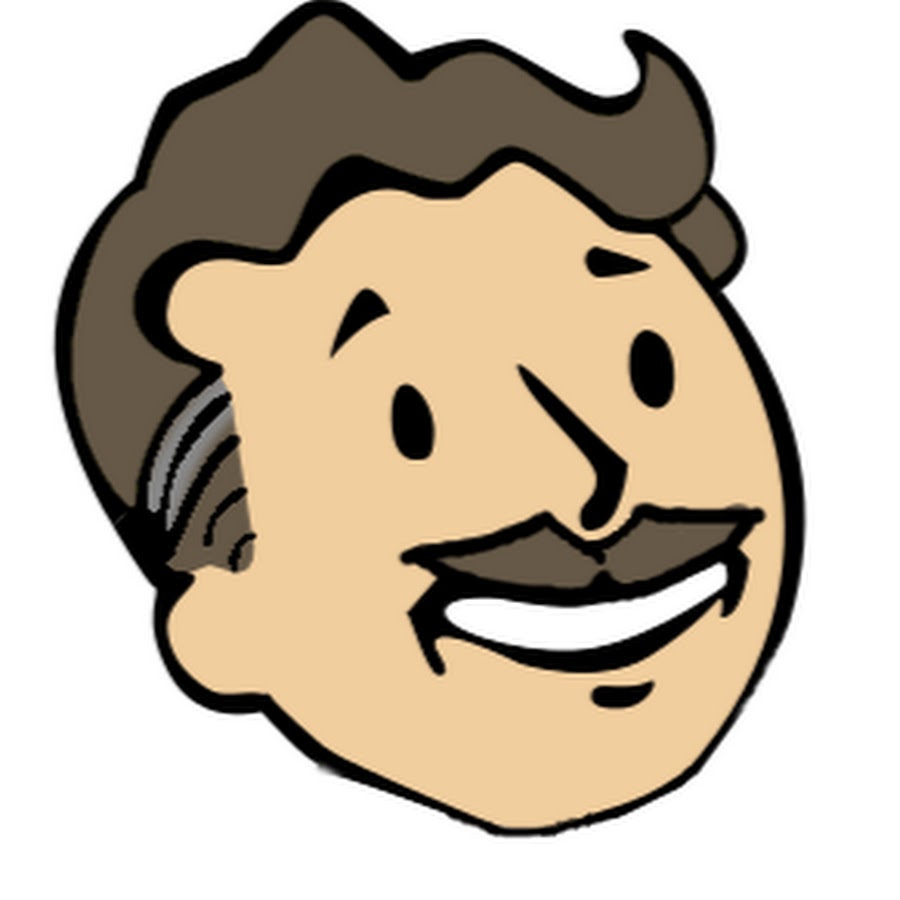 3. Veriax, another brit and one of the first guys i found doing Let’s Play’s, his Morrowind is sort of the standard to aim for for others doing it. 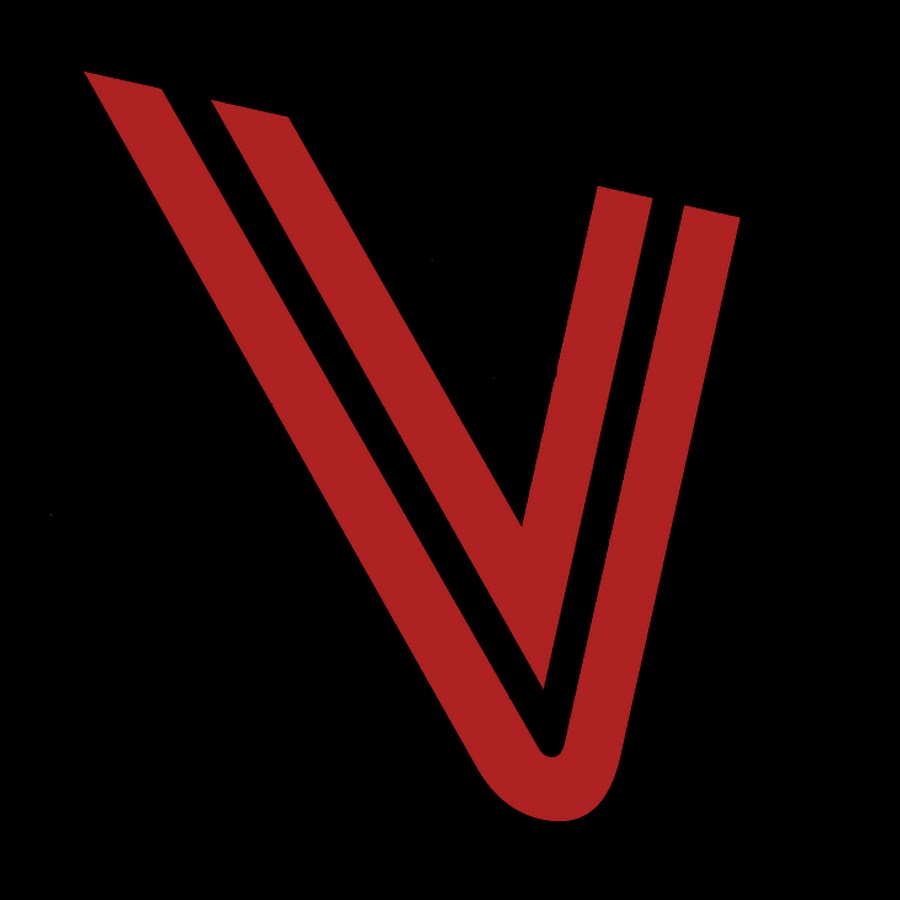 Hello and welcome to my Let's Play channel! My LPs tend to be long and pretty slow paced. I play mostly fantasy RPGs and do my best to actually Role Play thr...

4. Aavak, another brit that does good: 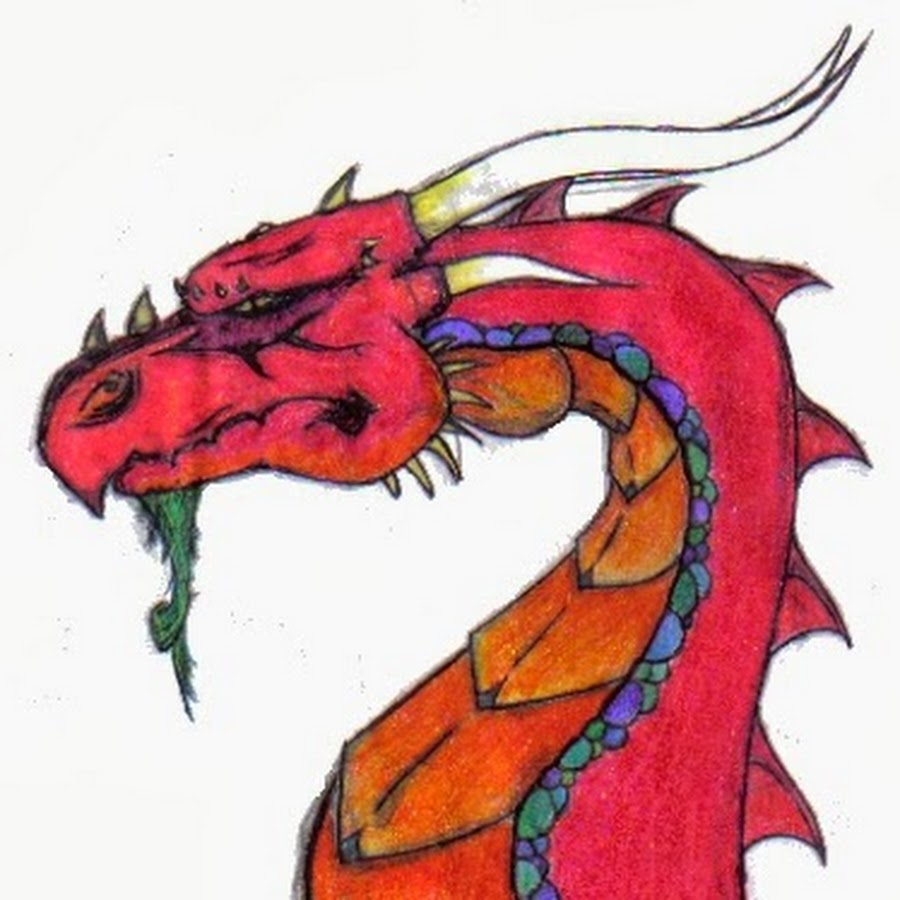 Pull up a seat, sit back, relax, and watch as I lead you on a journey through games from city builders to Dark Souls, and everything in between, with a focus...

5. Marbozir, not sure exactly where he is from, but the heavy eastern european accent and pure enthusiasm, and choice of great games is very cool to watch: 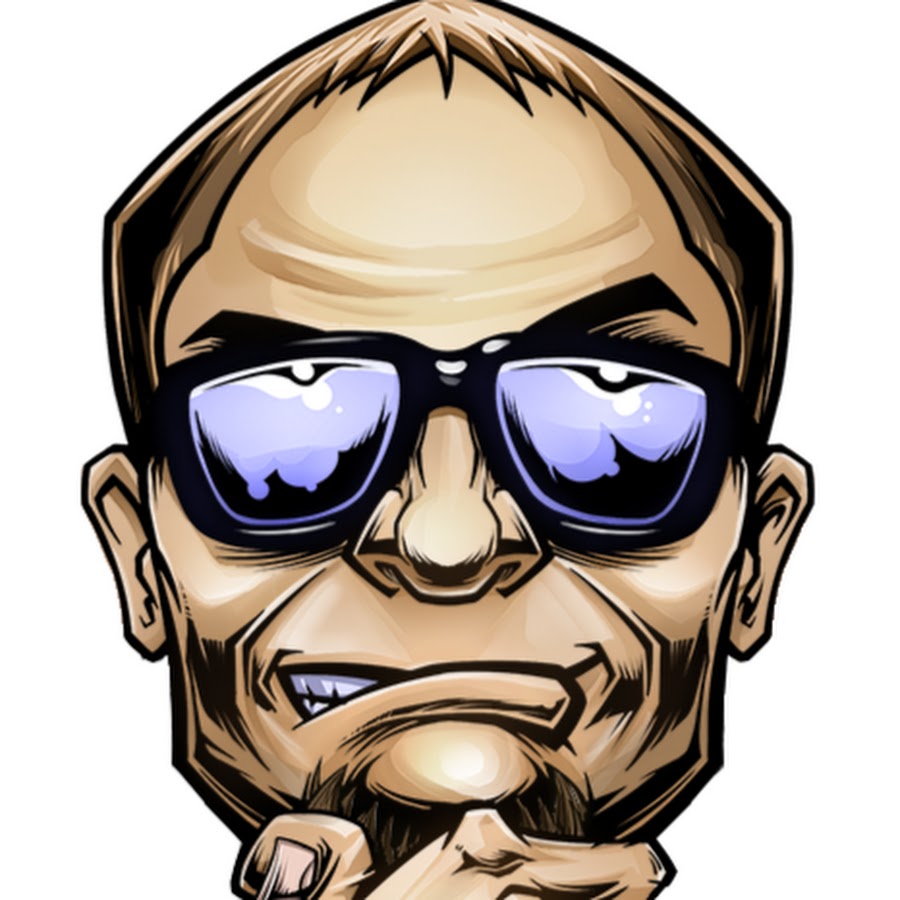 New videos every day with a strong focus on strategy games (but not exclusively strategy games - I play other genres too!). Videos range from short series, w... 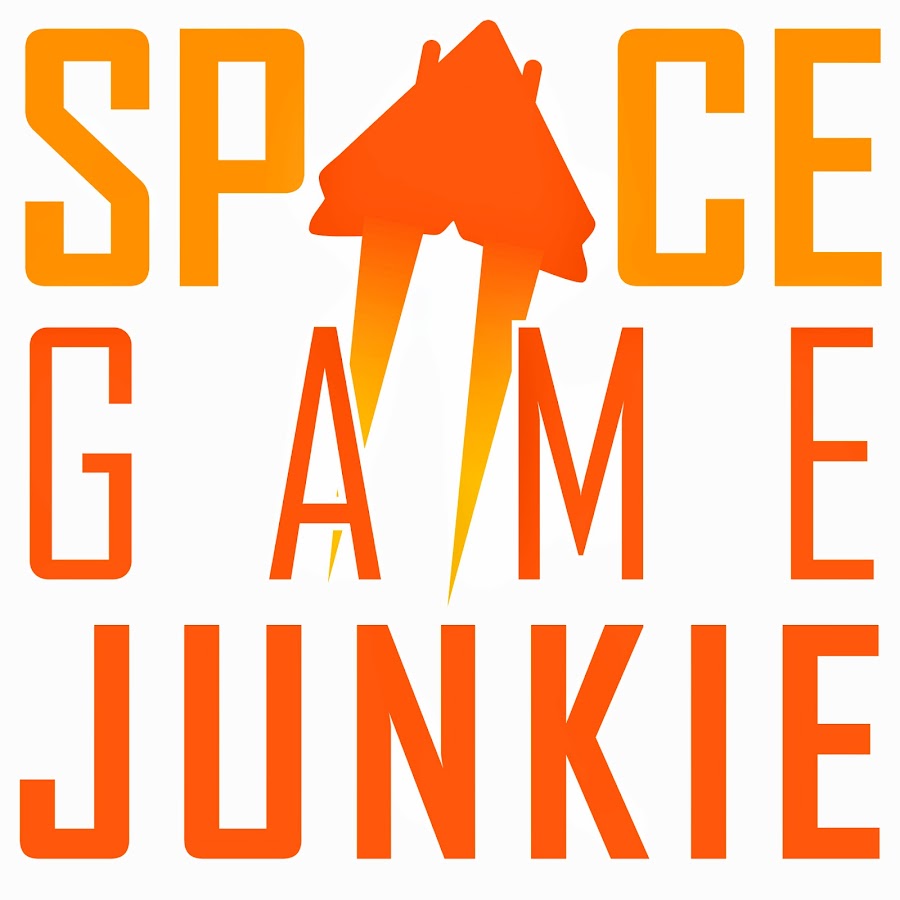 Welcome to Space Game Junkie! I'm Brian Rubin, and I cover all PC space games old and new, so one day I might have a video covering TIE Fighter or Rules of E...

7. Willy Wonka, a new one i found just a few days ago (thanks to a friend), and maybe the most under appreciated guy on you tube!? Just look at his content, the Epic games and less than 100 subscribers! 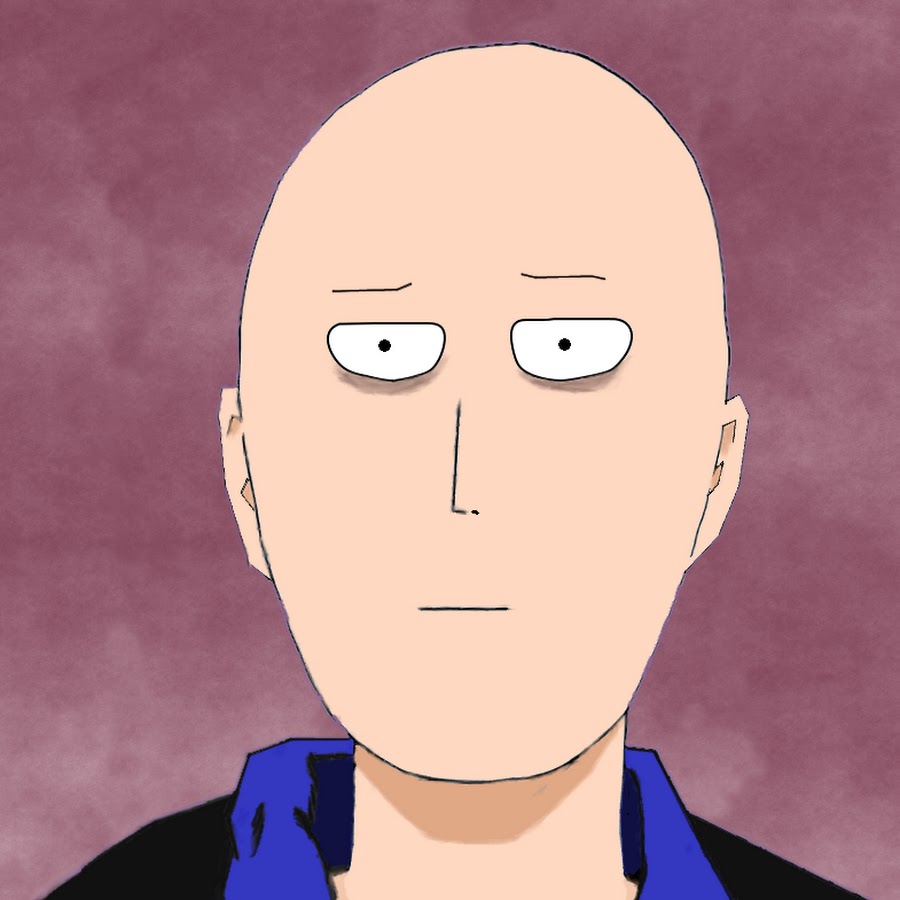 Just playing games and collecting a trophy from every fully uploaded let's play.

There are others i have forgotten i’m sure, and i’ll add them as i remember them. So go ahead and put your favourites :)

I will use this thread to bring some attention to Tokshen, with 4842 videos, most with an average of 30 minutes. Like, WTF.

Quill18 (https://www.youtube.com/user/quill18) is the only one I listen to on a regular basis. He is older and enjoys the types of games I prefer to play.

Jacksepticeye’s series on Turbo Dismount is quite possibly the funniest Let’s Play out there. https://www.youtube.com/watch?v=3Zn43HV12H8

Thank you so much for the shout out, Zak! :)

And wow, that Tokshen guy is incredibly prolific! Subscribed! Thanks Turin!

Adding to the recommendations one of my favorites, Das24680. He covers mostly strategy games, even somewhat “obscure” ones from time to time.

Adding to the recommendations one of my favorites, Das24680. He cover mostly strategy games, even somewhat “obscure” ones from time to time.

I was fortunate enough to do an interview with him a while back. SUPER nice guy, super awesome videos.

It’s funny, I certainly watch quite a few Let’s Plays but I don’t really track them by the player. Generally I just hang around the Let’s Play subforum of Something Awful, those folks there do a really great job of putting together a good looking and informative presentation on just about any game you would want (older games that fall off the forum are archived at letsplayarchive.com). I can think of one person over there - Bobbin Threadbare’s Let’s Plays are pretty much always good stuff. He’s gone through all the Thief games and currently has an active thread on the latest Thief, which I couldn’t even complete.

I guess this is as good a place as any to put a little shout out link for my son. I gave him a Blue Microphones Yeti Blackout Edition mic for Christmas and he’s been using it to do a Let’s Play of Alien Isolation for the past few weeks. He’s in college and he works so there are only a handful of videos thus far, and they are far from professional quality (he’s using the playthrough as a learning experience), but I am sure he would appreciate some extra views and subs.

It’s funny, I certainly watch quite a few Let’s Plays but I don’t really track them by the player. Generally I just hang around the Let’s Play subforum of Something Awful, those folks there do a really great job of putting together a good looking and informative presentation on just about any game you would want (older games that fall off the forum are archived at letsplayarchive.com). I can think of one person over there - Bobbin Threadbare’s Let’s Plays are pretty much always good stuff. He’s gone through all the Thief games and currently has an active thread on the latest Thief, which I couldn’t even complete.

Wow, I came here to say pretty much the exact same thing, and especially to mention the Bobbin Threadbare Thief series. So yeah, what Pogue Mahone said.

Wow, these are great. I’ve added 4 or 5 new subs. Can someone link to the SA Forum post about let’s plays as well?

I mostly watch Twitch streams and VODs (many of whom also upload to YouTube), but the one non-streaming LP’er that I really like is Tales of Lumin.

Lumin is a very likable guy who plays and reviews a lot of different stuff, including early reviews that have sometimes made me want to try out a game. (I recently took part in the Sky Saga alpha, thanks to his videos about it, for example.) I enjoy his Hearthstone stuff, even if he’s not the best player in the world (I watch a large amount of assorted Hearthstone streams on Twitch) but don’t pay much attention to his World of Warcraft stuff (I honestly find watching other people play WoW to be mind numbingly dull).

But it’s his playthroughs of other games that are very entertaining. The spouse and I have been following his Legend of Grimrock 2 playthrough (we’ve finished the game already, so there aren’t any spoilers there for us) which has been good fun.

He’s someone that we find genuinely likable enough (and his videos are pretty well produced) that we can’t figure out why he doesn’t have more viewers. He definitely deserves more than some of the awful stuff that’s out there. (I will forever be scratching my head over Pewdiepie’s success. I suppose the explanation there is “12 year olds”)

Adding to the recommendations one of my favorites, Das24680.

I now have a new way to kill time (as if I needed another one). Great videos covering some great games. Thanks for the link!

I like wolfman11983. He plays a lot of old and new CRPG’s and more obscure games as well as doing occasional speed runs. Interesting to see him play games I know nothing about like Demise or Wheel of Time. Got a kick out of this Lords of Xulima boss fight.

I have a soft spot in my heart for the picture-based Let’s Plays on the Let’s Play Archives (what, no video? madness!).

The LP of Princess Maker 2 is priceless: http://lparchive.org/Princess-Maker-2/

The DarkId’s LPs are also pretty funny, particularly Darkengard. You’re probably better off reading the LP and not playing the game anyway: http://lparchive.org/Drakengard/

I’m a big fan of Gamehorder:

He plays a lot of old (but also some new) stuff and isn’t afraid to tackle an epic RPG. He has done a lot of Infinity Engine stuff.

He’s a master of Paradox Grand Strategy games and is the guy I learned to play Crusader Kings II from. Honestly through, watching him try to play a non-strategy game is sort of painful.

I’ve watched every ArmA video Dslyecxi has published for a couple years now. Better than television.

I look up TheSeraphim17 if I want an opinion on a brawler. Random videos in his Let’s Plays often have more analysis than most overview/review videos.

Still searching for a strategy quick look channel. Not interested in Let’s Plays there.

Qt3’s own GuildBoss has done lots and lots of great Minecraft Let’s Plays via paulsoaresjr.

I have a soft spot for theRadBrad’s Let’s Plays in general, just because he has a consistent voice, is very upbeat and positive, and displays a good everyman attitude towards games when going in for the first time. I’m not saying he’s amazing or anything, but he’s always been fun and reliable in my experience.