The Tomorrow War - Fight for the future and Amazon

I made it through the trailer, barely, and decided my 2 hours is better occupied… watching anything else. I know I won’t like it, and I thought Attack the Block was a waste of almost 2 hours.

I was hoping for some dumb fun and it certainly delivered on the first part.

Well, that wasn’t any dumber than an average Transformers movie, but that’s not praise.

There was a good movie to be made out of that material, but Tomorrow War wasn’t it.

Another positive thing to say about it: Super buff J.K. Simmons. That guy got JACKED.

apparently written by and for ten-year-old boys. 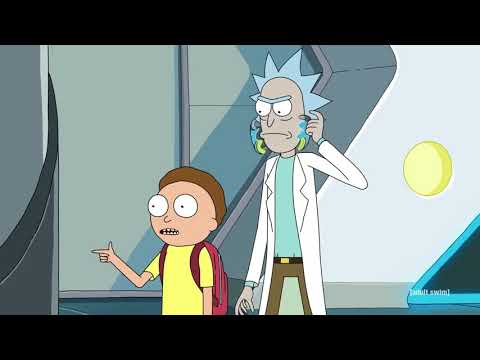 Another one to chalk up on the informal list of scary alien hordes (excluding robots and zombies, for now) buzzing around our zeitgeist.

Yeah, that was about what I expected. I didn’t hate it but, you know. Pretty silly.

I went in expecting fun dumb action. And enjoyed it for what it was. The by 10 year olds for 10 year olds statement holds up tho. A lot if the action reminded me of those arcade games where two players sit in a booth fireing automatic rifles at waves of enemies.

What about Battlefield LA? ;)

This is too dumb.

The environmental message was so banal.

The pieces were there for something better. I can totally buy into the model of time travel they use (although, for all the work to prevent paradoxes, it seems like the master plan was going to create one based on their logic).

But everything is so wretchedly awful after Pratt returns from the future. The script before this is uneven, making a slight series of sacrifices of coherence to set up flashy set pieces.

Everything after this is utter nonsense.

I felt like watching a level of Starcraft, Terran vs Zerg. Next Mission: Secure the Researce Lab.

Haven’t seen it? Oh one of the best alien invasion epics out there! Has some issues, but worth a watch!

This movie wasn’t as bad as some are making it out to be. It’s an action movie. You just need to overlook some really dumb things in the plot.

After I posted my comment above, i walked into the living room, and my 8 year old son was explaining to my 11 years old daughter, how the movie was ‘kinda dumb’. So im not really sure what that says about me, and they fact that i liked it. I guess growing up in the 80s gave me a different expectation from action movies.

Yeah it was fine really. Not an amazing example of the genre but serviceable. The treatment of time travel was fairly standard I think. You can talk about paradoxes etc., but if you follow their time travel mechanics to their logic conclusion, it makes for crappy ends to movies.

The premise needed more background in my opinion. Woman from future turns up and says they needed soldiers. They skip forward a year and they are doing it. Its such a big ask, its just weird they skipped over the part where everybody was persuaded it was a good idea. Its the same with the primary character, his behavior had such a big impact on his daughter in the future. Yet they only spent a minute or two at the start establishing that. It feels like some stuff got left on the cutting room floor.

I have no problem with time travel shenanigans as long as they are consistent within the movie. They were not, in this piece of schlock. I dont need to have things follow perfect logic, but at least keep things consistent, even if the rules are bat shit crazy. They were incredibly lazy when writing this movie because most of the issue I had with it could have been easily handled. Overall it was a serviceable sci fi vehicle and entertaining enough, it just felt like the pacing was terribly uneven and the writers took every cop out they could find. I think with a slight bit of effort this movie could have been a whole lot better.

The only part that I find dumb enough to be like, “come on…” Was:

First, the notion that the best way to deal with aliens destroying the planet 30 years on the future is… To send old people as shock troops? Seems like maybe… Just use 30 years to prepare? Especially with humanity united as they suggested it was? Pretty sure we could kill any number of monsters given 30 years to prepare. “Oh yeah, they are hard and resistant to small arms… Let’s use 30 years to make crazy laser weapons.”

But even that wasn’t THAT bad, compared to him coming back with the toxin that kills them, and no one cares?

It’s like, no man, you literally aren’t. You have the ultimate weapon that kills all of them. The fact that you can’t go into the future to use it on them is immaterial. You just wait 30 years, and use it on them then. THIS WAS LITERALLY YOUR DAUGHTER’S PLAN. THE PLAN SHE TOLD YOU.

The fact that no one was interested in the doomsday ultimate weapon against the monsters that were going to destroy the human race, was the most implausible thing in the movie. It was more implausible than time travel.

Lines that made me laugh out loud.

The fact that no one was interested in the doomsday ultimate weapon against the monsters that were going to destroy the human race, was the most implausible thing in the movie. It was more implausible than time travel.

I am still super fucking pissed about this. It’s so dumb that everyone reacts the way they do. Like nobody can even be bothered to take the [spoilers] and get it into the hands of people that mattered. It’s just mind numbingly stupid.

Mind you, there’s an interesting movie where we cover the leading up period “:is it real/etc” and people deal with the fallout “oh, someone came back with the means tod efeat the enemy in the future! We’re saved!” (imagine the hayday conspiracy theorists would have; and imagine the paradox implications). But this wasn’t that movie (and that’s ok too).

But to lock onto a point you said earlier:

Never mind preparing 30 years to fight. Which btw is a good idea. Why were they doing research on the enemy in the future? JUST BRING IT BACK TO THE FUCKING PAST. It’s much safer. Likewise, why did they keep the time tunnel plans in the future? IT’s super important and super vulerable. Why are you risking that? Yes, there are paradox issues at work here but since the master plan was just “lets hope this just reboots the timeline”, I don’t think we’re going to care much at that point. I mean the choices are literally “we take this stuff back to the past and maybe cause a paradox or maybe not. . . or we just all die”.

But there’s lots of little stuff I don’t like in the leadup. These are the sorts of things that bother different people different amounts (or not at all), but they all bothered me. Not so much because it was the movie not making sense or because it wasn’t following its own rules or anything. But because I feel it reflected a script being thrown together/hacked up by a committee with no regard to actual quality.

Which is too bad. This could have been a movie on the level of Edge of Tomorrow (certainly a movie with it’s own flaws, but one I really like). It has a terrific cast, and could have been on the level of any number of enjoyable (if not great) sci fi fair if they couldn’t get a script at the level of something better. But it feels like nobody even tried to make it anything other than a thrown together action flick.