I started with 3 and it was fantastic. From context you can at least have a vague idea of Geralts past dealings with the characters he may have encountered before. I never felt lost.

I liked but didn’t love Witcher 2. Witcher 1 is unplayable to me in the way Final Fantasy VII is. It aged horrifically. I’ve heard from others that it has a good story, but when the list of side effects includes “Ocular Bleeding” I tend to lose interest in a product. And this is from someone who thinks Dungeon Crawl Stone Soup with tiles is fine, so I’m not averse to playing low-tech games. It’s just that initial style of “3d” aged so badly.

Thanks for letting me know. Better to expect it than to be surprised.

It’s also very easy to lock yourself out of a significant portion of the quests by triggering checkpoints in the main quest line. If you’re intent on playing the game I strongly advise you to look up a quest guide. It is one of the worst examples of sequencing issues I’ve ever seen in over 20 years of playing RPGs.

I liked but didn’t love Witcher 2. Witcher 1 is unplayable to me in the way Final Fantasy VII is. It aged horrifically.

I don’t get this. Technologically and artistically is still looks quite beautiful and far cry from the truly early 3D games (like FF7). 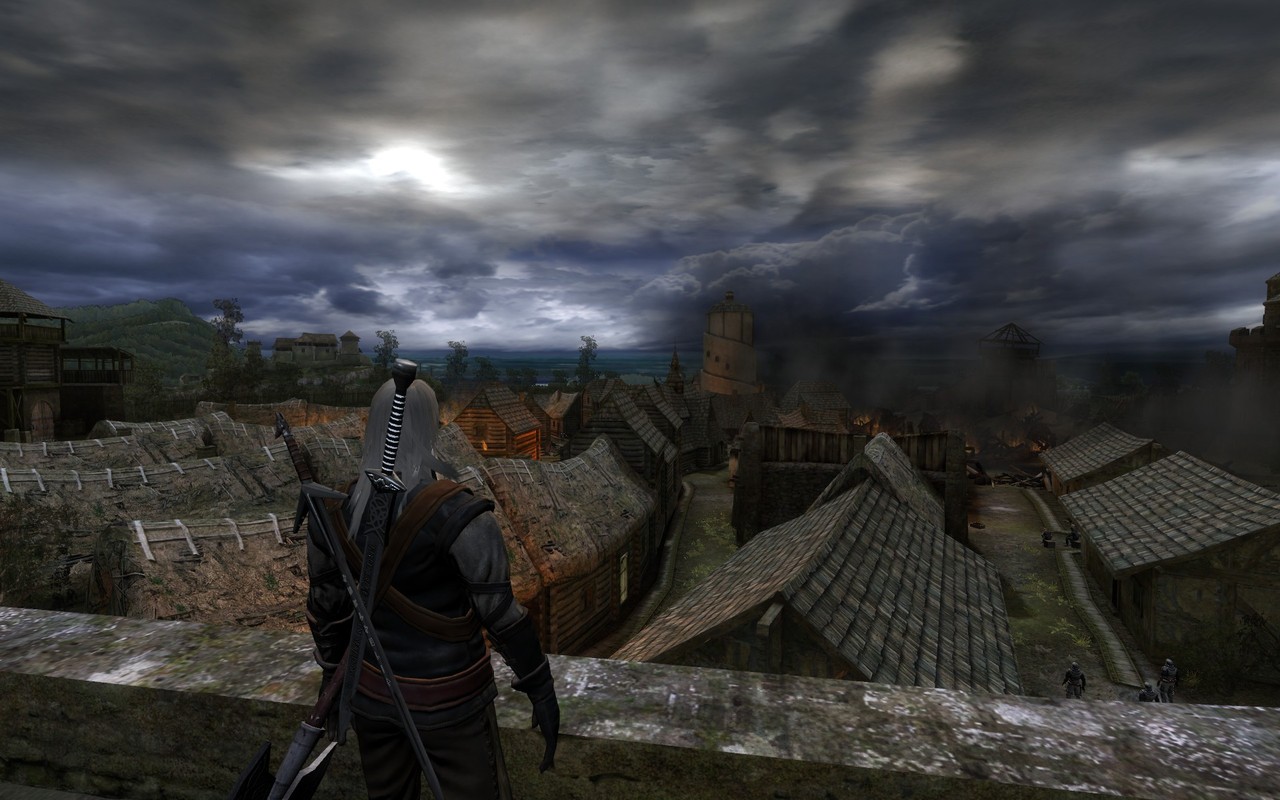 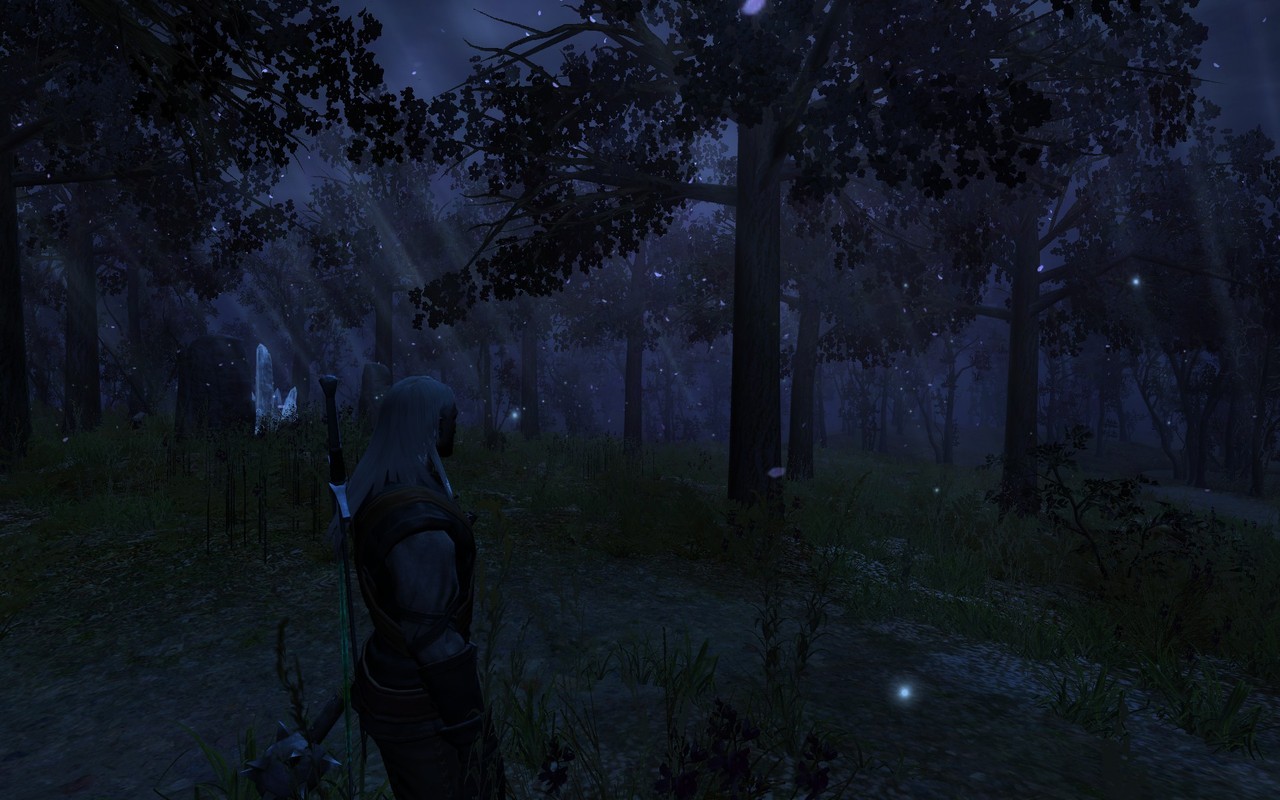 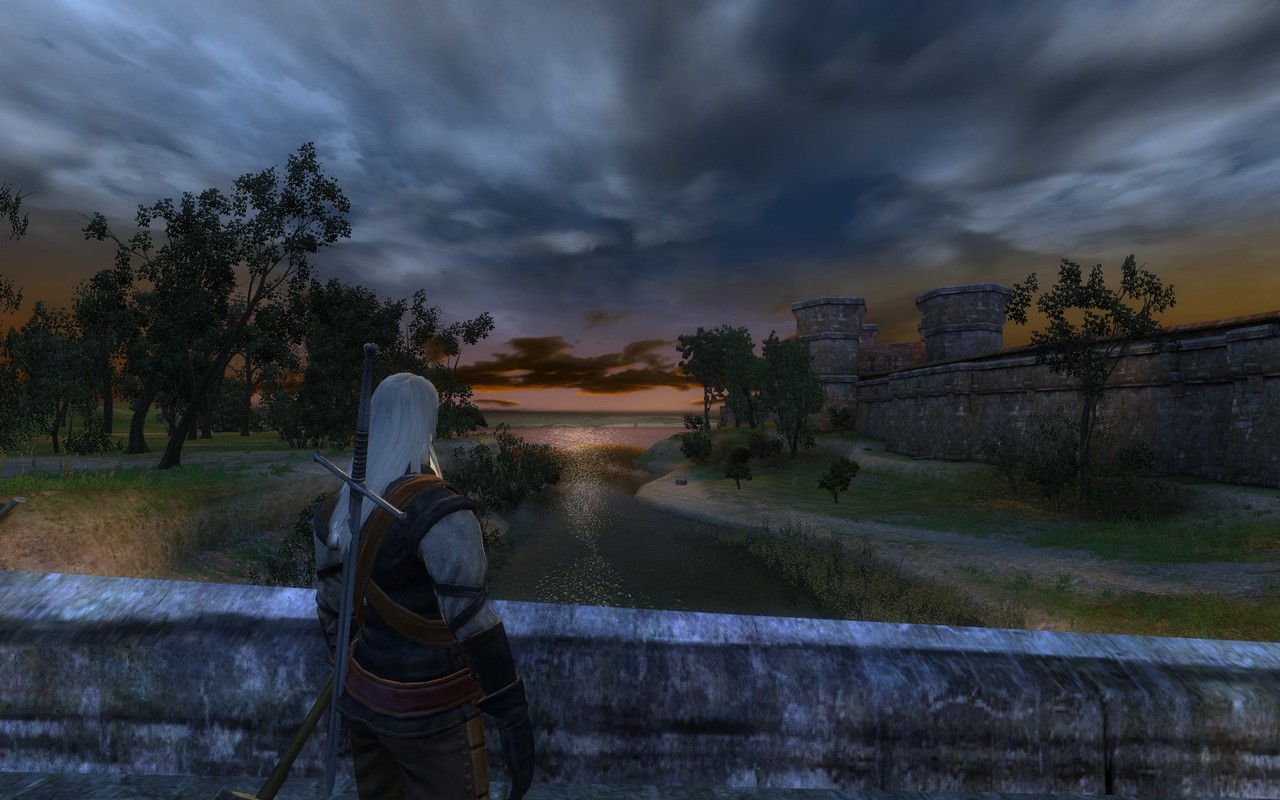 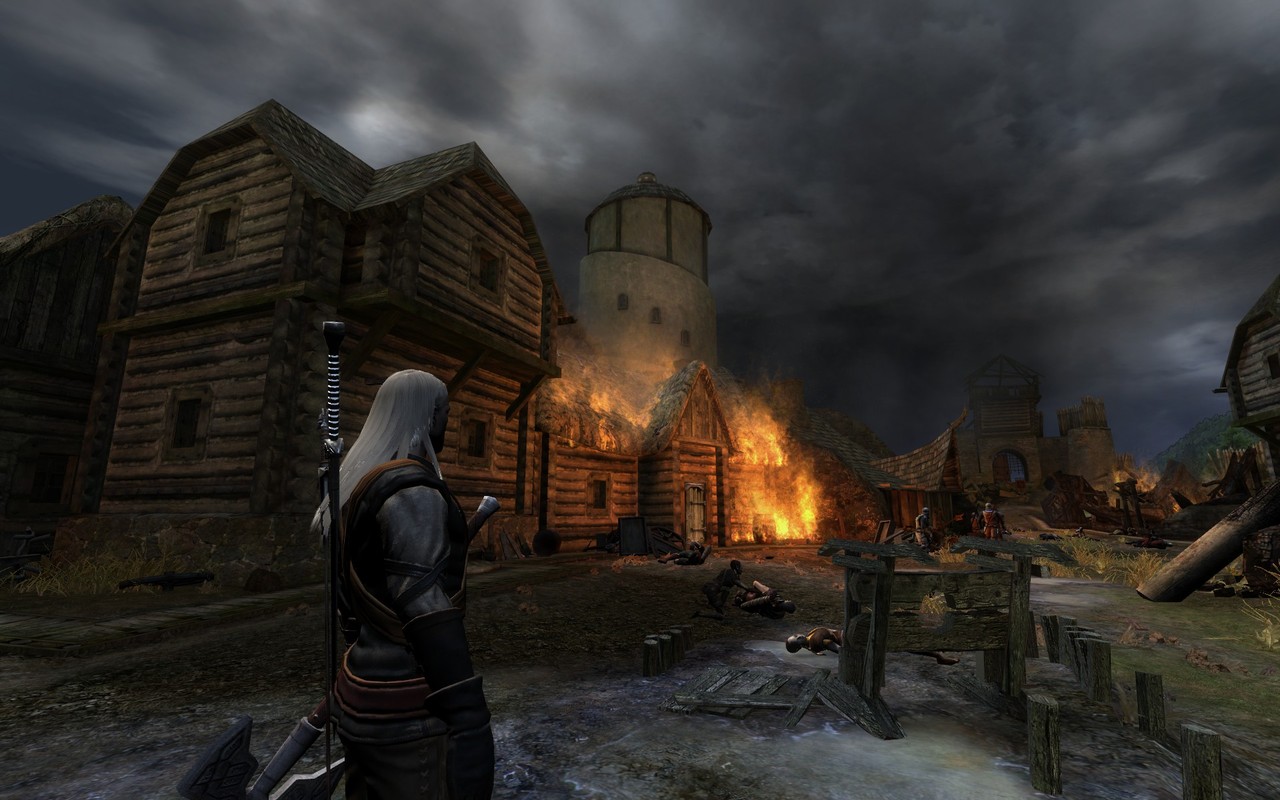 I have no problem immersing myself in it even today.

I’ll happily admit the screenshots look better than I remember. But I suspect there was something about seeing the game in motion and how clunky everything felt that really turned me off. Honestly I can’t even remember my exact criticism, all I can say is that the game did not pull me in and I was pretty heavily invested in Geralt of Rivia, so it shouldn’t have been a tough sell for me.

I’ll happily admit the screenshots look better than I remember. But I suspect there was something about seeing the game in motion and how clunky everything felt that really turned me off. Honestly I can’t even remember my exact criticism, all I can say is that the game did not pull me in and I was pretty heavily invested in Geralt of Rivia, so it shouldn’t have been a tough sell for me.

The only “clunk” I can see is in the dialogue animations, which are very basic and static…otherwise, if the OTS mode is chosen, it plays like a standard third person game with WSAD and mouse…although the combat is based on animations instead of hitboxes like in later games.

Don’t forget, they substantially improved the original Witcher release with the ‘enhanced edition’ a year later. The Witcher on Netflix prompts hundreds of thousands of fans to return to The...

The game hit 48K concurrent players on Steam, a high it has not seen since 2016.

Totally guilty of this myself. I finished the game originally on Playstation, and have it in Steam just collecting dust. Mr. Cavill made me finally give it a go =)

GOTY is just the game + expansions. The updates are in all versions.

One of my favorite things about the series so far (given I didn’t read the books but played all 3 games) was tying together a few of the stories that had already stuck in my head pretty hard. The first one that comes to mid is “The Last Wish” side quest, which was already pretty poignant, but makes even more sense now.

“The Witcher on Netflix prompts hundreds of thousands of fans to try to get through the swamps in The Witcher.”

This game is still one of the most amazing technical achievements, I swear it looks just as good as Red Dead Redemption 2 - maybe even moreso, if one were to prefer this art style and setting (which I would, but I do love RDR 2 and I don’t mean to take away from it). 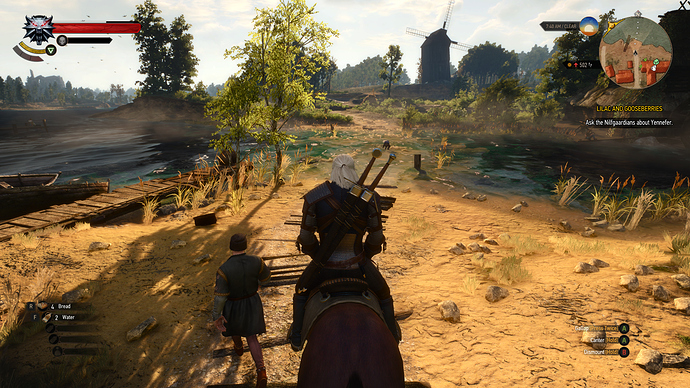 Make sure you install the Witcher 3 HD Reworked mod.

Done, as well as the black scabbards mod! The videos made it look like a huge improvement, but the fact you didn’t know I had the mod running (and textures set to it) makes me think it’s not just me that isn’t seeing a huge difference. Maybe I don’t have it set correctly?

It’s a gigantic improvement in the textures. So if you aren’t seeing it then something is wrong. Look at a wall or the ground and if it looks very detailed it’s working. I’m guilty myself of starting up again this weekend. I beat the game many moons ago, but never did the DLC. I’m starting from the beginning because I hate myself.

Like I said, I thought it looked amazing and posted a screenshot, but then @rei told me to check out the mod, so I was confused - does my screenshot not seem to show the HD textures installed?

Looks like it to me. Find a brick wall. If that looks sharp it’s working. I’ve been messing around with lighting mods as well, but I think I might give up on that. I refuse to Skyrim this game as I’ll never actually play it. :)

I played the games in order. Witcher 1 is long. Witcher 2 is short, I played it twice over, because Act 2 demands it in order to see all content. Witcher 3 is…very long and has a lot of filler content that I would avoid so you don’t get burnout. In fact only doing the main quest and main quest-adjacent side quests is the best way to go.

I refuse to Skyrim this game as I’ll never actually play it. :)

That is something that happens to me, as well, and the only reason I installed the HD mod is because it was just about the only graphics mod, and everyone agreed it was amazing. I also went with one other mod that makes scabbards black, because that’s cool and it was super easy. I did find a shadow/lighting mod, but it was hugely advertised as “a work in progress” and I didn’t want to deal with trouble-shooting.

Witcher 3 is…very long and has a lot of filler content that I would avoid so you don’t get burnout.

I don’t know if you are talking to me or not, I’ve actually beaten the game years ago and then also beat both expansions (by rolling up the pre-made characters for both when they came out), so it’s not a big deal if I play for 4 hours, 10 hours, who knows and then just pivot to other games.

However, one thing that I found interesting, is I find the combat a lot more interesting and easier to pull off than I did years ago. I suspect it’s playing more games like Dark Souls, Sekiro, and Jedi: Fallen Order very recently that makes it a little easier on me to dodge, roll, and pick my moments better. I’m only just about level 2 and I tackled some really hairy enemies so far (one was literally very hair, a level 4 bear) without too much trouble on normal difficulty. It’s this, I think, that will pull me in and keep me here more than anything else. At least for now.