Just a note that Outward is on sale this week (not just for Gold members) - down to $15. At that price, I grabbed a copy for my brother to play with me, and we started kicking it around in co-op last night. It’s a somewhat janky open-world euro RPG that does a few things uniquely in addition to the aforementioned co-op (split screen even, if you’re into that). I got through one of the three mutually-exclusive storylines last year when it came out, and now I’m getting into the others, as well as exploring the four (4) completely different magic systems, something I didnt get much into last time either.

No, it doesn’t have the production values of a Bethesda or Ubi game, but I’m willing to cut it some slack given the team is like 10 people, and there are some genuinely cool ideas in it. Hoping they’re working on an Outward 2 (though I’ve heard there may be some DLC incoming at some point to tide us over).

My Xbox One update this morning. My wife messaged me while I was at work. I figured, ok, it’s updating, I wonder why she’s telling me.

When I turned the power completely off and turned it back on, it started applying the update again (the third part of the process), and got stuck at the same spot again.

What’s funny is that when I googled “Xbox update stuck”, google helpfully fills in “at 84” or “at 66” as possibilities. And when you google those, apparently this is a common thing that happens to lots of people, going back at least 2 years.

Oh well. I’ll try completely unplugging the power brick, which seems to have worked for exactly no one online. And then when that doesn’t work, it will be time to reset the Xbox once again. (As in, reset it while keeping my apps and games).

EDIT: Oh hey, I went back to the Xbox after watching Apple TV for a while, to do the power off thing, and it wasn’t stuck at 84 this time, it was on the desktop. So it was stuck all day, but after I power cycled and it got stuck at 84 the second time, it got past it within the next 30 minutes. Nice.

I didn’t have to reset my Xbox yet! Woohoo!

Elite Series 2 is on sale for $20 off for Prime members ($159). Picked one up last month to replace an aging original Elite, and it is indeed the best controller I have ever used. The paddles are more refined, the grips are built into the skin of the controller rather than poorly glued on, and the sticks feel great. 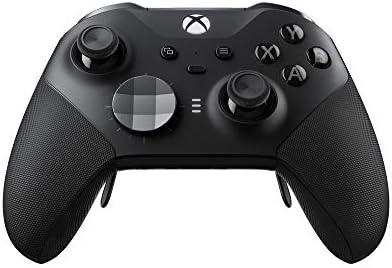 I got into the iOS preview. Haven’t used it yet, but I did set it up. Only has the Halo MCC for now, apparently due to some fuckery with Apple’s app store policies around games.

Ok, so that 3 months of Discord Nitro that I got? Good news bad news situation on that one.

I went to the Discord website to cancel it so I won’t get charged in 3 months.

Bad news, I couldn’t find anywhere on the site to disable subscription. I thought maybe I could remove my only method of payment, but there seems to be no way of doing that either. You have to have at least one method of payment.

An update to this. You know how I google how to cancel a Nitro subscription, and the page I was supposed to go to wasn’t there for me in my account back then? Well, I got charged today! I got charged real money for this app which I still don’t know what it is or what it does. And I googled around some more on how on earth to cancel it, and it keeps showing that page that I’m supposed to click on the left side of the screen labeled Nitro which doesn’t exist.

Anyway, after messing with this stupid thing for half an hour, I finally found out how to submit a request, so I asked them to cancel my subscription and asked for a refund. Their FAQ says they refund within 5 days, so hopefully this won’t be an issue.

Glad I forgot about that, hope it works out for you.

Coming next month to GP: Big State of Decay 2 update with a new map & stuff.

I turned my Xbox offline and left Shadow of the Tomb on all night hoping I could finish it today. Nope. It booted me out saying I needed to be online this morning. I skipped that humble monthly thinking I’d just play it on gamepass -__-. Hopefully I can finish Rise this time. I did Uncharted 4 & Lost Legacy last month… that’s a lot of whatever this genre is.

D’oh! I really wanted to try out Just Cause 4 at some point, and get further than the first level in Snake Pass. Oh well. Easy come, easy go. I’m having too much fun at the end of Outer Worlds right now to switch to anything else.

EDIT: Oh yeah, and even though I’m still not sure what Discourse is, exactly, but they have amazing customer service response time. I got an email from the almost immediately last night, and then when i confirmed I wanted a refund in an email reply, they said they got me a refund last night. That’s the fastest turnaround interaction with a company I’ve ever had.

I noticed there’s some kind of anime sale going on at the Xbox Marketplace right now, and Ys Origins is selling at $8. I never played that one, just I think the first three in the series, is this one any good?

how long on average are games available on game pass? I downloaded 1TB of games, it felt like being locked in a candy store, and now I learned that they take away the candy? And how often do they remove games?
I am a slow gamer, it takes me months to get through a game…

how long on average are games available on game pass? I downloaded 1TB of games, it felt like being locked in a candy store, and now I learned that they take away the candy? And how often do they remove games?
I am a slow gamer, it takes me months to get through a game…

I take it that means its backwards compatible? I never did get round to finishing it.

Yeah, it was one of the last BC games.

how long on average are games available on game pass?

Most of them are up for a year.

Hoping that F1 2019 replaces it. It’s supposed to be a good jump over the previous games.

WHAT COULD IT MEAN 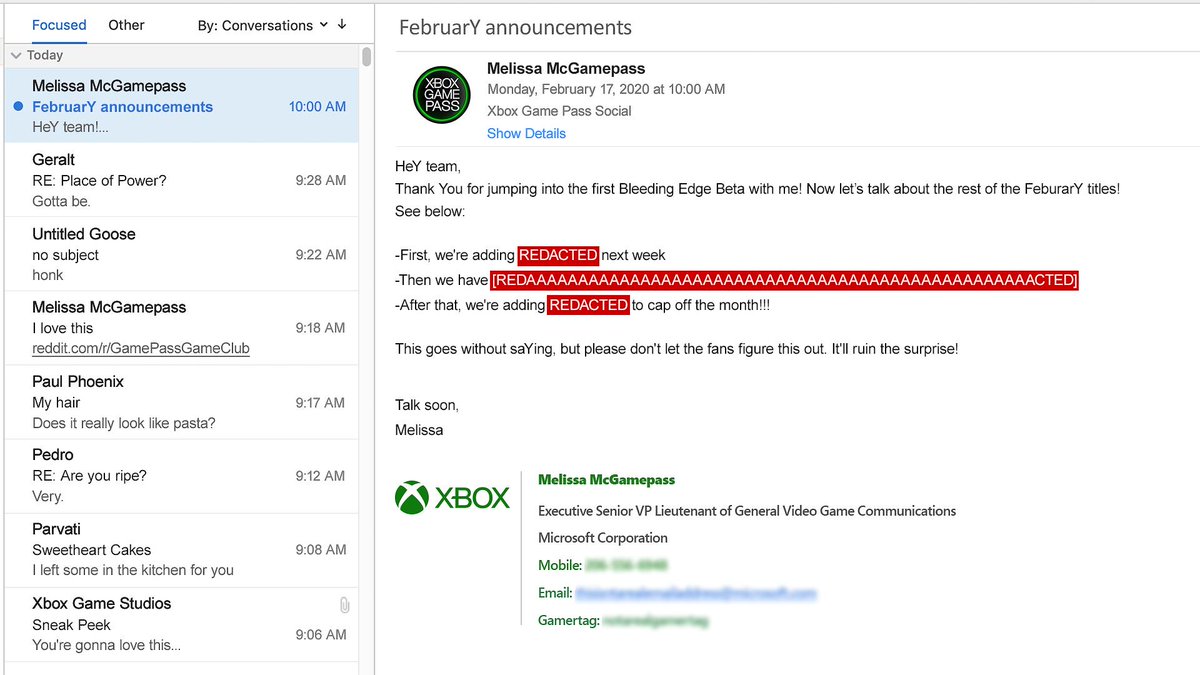 Is the surprise that they fired Larry Hryb and replaced him with Melissa?

Yes, that’s the mystery. On the ball as always, kerzain.

I think last month’s surprise was that there’s a big February surprise due.

I am perpetually surprised that people continue to give a shit about Final Fantasy games.