But the monthly subscription does stack, so you could buy six and you’d be covered for six months. Though I should probably point that’s second hand knowledge, I haven’t signed up yet myself.

Thanks for the info.

So I picked up a year’s worth of time for $60, minus some store credit I had sitting there from xbox rewards or something.

Does one need to activate the free trial first to see the reduced price? I’m signed in and it still shows as $9.99 for me.

Is the deal for selective users?

I didn’t use the free trial first. I also read on Reddit that the deal wasn’t showing up on the MS store for some people until they logged out and back in.

Okay, yea I just did 12 separate $5.00 purchases and they all stacked.

Whoa, wonder if that was intentional.

Whoa, wonder if that was intentional

This article says that the half-off Game Pass deal is targeted and not everyone will see it. I have no idea if that’s accurate, just putting it out there: 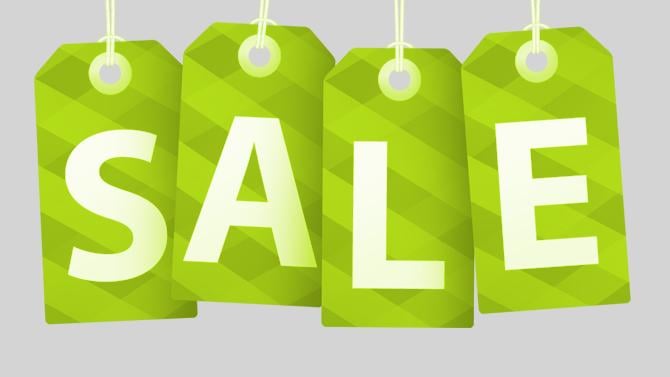 Xbox Game Pass on Sale for 50%+ Off for Some

In the US it’s $4.99 for a month instead of $9.99 and in Europe the discount is closer to 66%. If you’re interested in signing up this year this might just be the best deal you’re likely to get.

This article says that the half-off Game Pass deal is targeted and not everyone will see it.

Man, since it was visible to me I hope it’s being targeted to awesome people and not pathetic losers.

Sinc we both see the deal, it’s statistically impossible that we are both pathetic losers. Pretty sure that math checks out.

Shows as $10 when I sign in. :( I guess it’s not for all gold members. Just extra special ones.

Have you ever signed up for Game Pass before? Sounds like kerzain and I have not.

I haven’t ever signed for it either. Maybe it can detect my huge backlog. It’s Xbox Live’s version of saying, “er, you should finish all the games you already own on Xbox first before you get the game pass”.

It was the multiples that surprised me. When I signed up, it was billed as a recurring subscription rather than a code purchase.

When I signed up, it was billed as a recurring subscription rather than a code purchase.

Me too. I went in and disabled auto renew to avoid surprises next year.

I assume since each month purchase is a separate code you could buy several then use one for a month, then stop, and months later use another code for another month etc.

I didn’t get codes. It just applied to my account.

Update: When I got home and tried from the Xbox dashboard itself, it’s showing up as $5.00.

Can I still sign up for the 14 day trial first, and then get the 5.00 per month? Also, how far out is Sea of Thieves?

This is tough. It’s a nice sale, but I’m not ready for it at all.

I didn’t get codes. It just applied to my account.

Well, sweet deal, then. I’ve tried & played a number of XGP games, really enjoyed Darksiders Warmastered, Dead Island Definitive Ed., Ultratron, and Defense Grid 2 (DG1 was waaaay too hard). And I never would have bought games like Jump Jet Rex, Lumo, Pac-Mac CE, or Electronic Super Joy, but they had same fun hours in them. Roundabout is really bizarre and intriguing if you like oddball games.

Oh hey, Ultratron - pretty sure I played that back when it was in XBLIG. I miss those little games.

Oh hey, Ultratron - pretty sure I played that back when it was in XBLIG. I miss those little games.

The two I miss are Flotilla and One Finger Death Punch. Both were super fun.