Theranos - "One tiny drop changes everything!"

I thought we had a Theranos thread, but heck if I can find it. 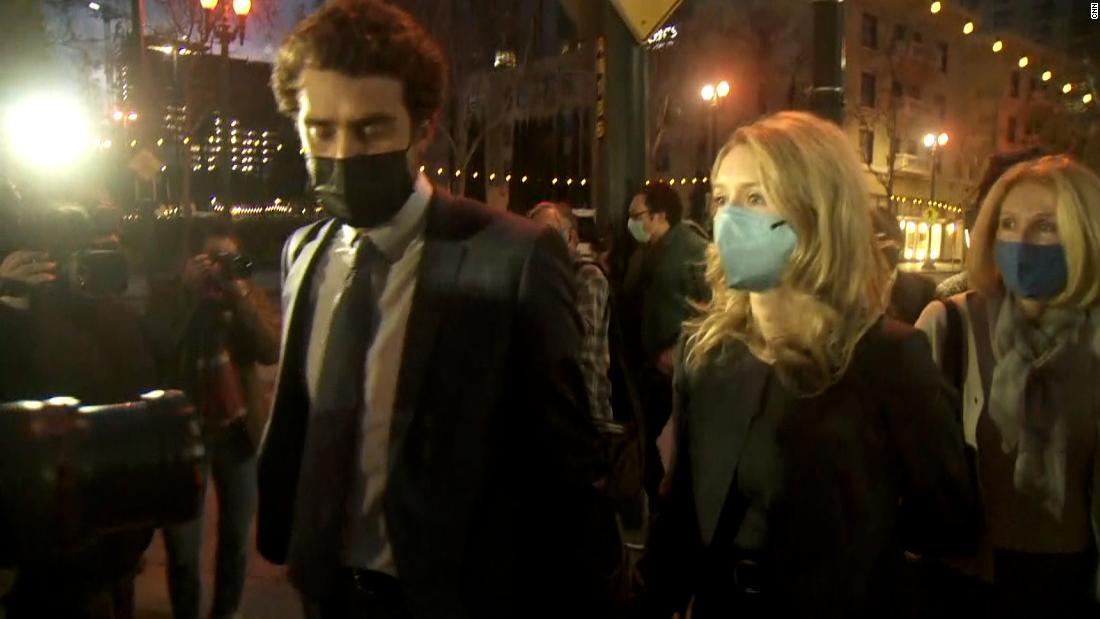 Elizabeth Holmes found guilty on four out of 11 federal charges

Elizabeth Holmes, the former CEO and founder of failed blood testing startup Theranos, was found guilty on four charges of defrauding investors, capping off the stunning downfall of a former tech icon.

The charges Holmes was found guilty of include one count of conspiracy to defraud investors, as well as three wire fraud counts tied to specific investors. Holmes faces up to 20 years in prison as well as a fine of $250,000 plus restitution for each count.

“First they think you’re crazy, then they arrest you, and then all of a sudden, you change your outfit to an orange jumpsuit.”

@UweBollocks
The US Justice System summed up in two tweets https://t.co/JXPWPuwyfa 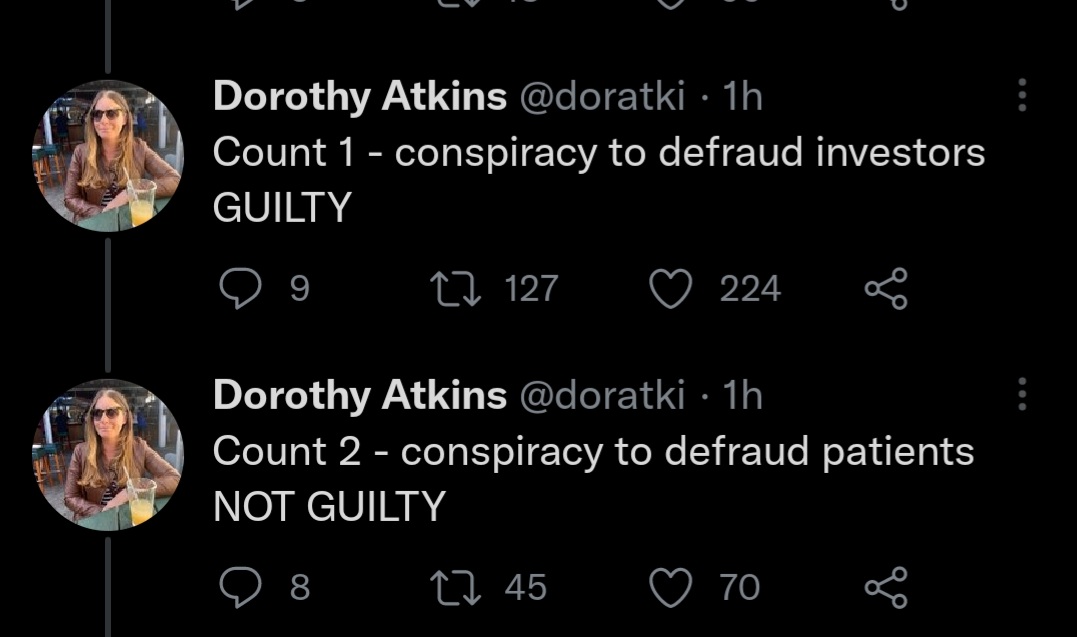 I need for her to fess up to faking her voice all this time and start speaking in her real voice.

I think the sound bite is deceiving. From a CNN article:

Over the course of its 11-week case, the government called just three patient witnesses to the stand, two of whom were individually tied to wire fraud counts.

I need for her to fess up to faking her voice all this time and start speaking in her real voice. 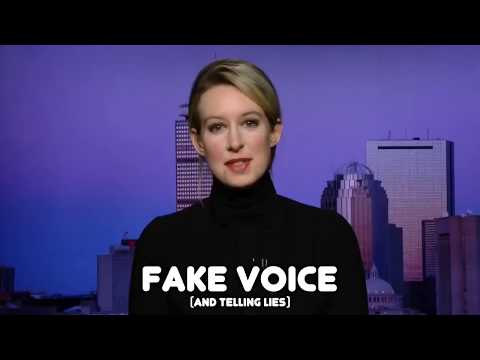 Thanks for the clip. Oh I know it’s fake, I need for her to 'fess up to it.

Her “public” voice sounds like it’s been run through one of those witness protection pitch shifters.

If society punishes women for their natural voices, I wouldn’t call a woman who intentionally lowers their voice to combat those subconscious biases a sociopath.

I’m not saying she wasn’t guilty and deserving of punishment but we do seem to love punishing women’s transgressions more than men’s.

I’m not saying she wasn’t guilty and deserving of punishment but we do seem to love punishing women’s transgressions more than men’s.

Is that relevant in this case? Are there equally culpable men who have not been prosecuted in recent years? I honestly don’t know of any obvious examples.

The specific issue here is that she was found guilty of fraud on investors involving fairly specific false statements and specific wire transfers (that sort of specificity is generally required for a legal prosecution.) There are plenty of male (and female) fraudsters out there who just haven’t made the specific claims that would get them caught. Also, some of the worst fraudsters are in the political arena which seems (on the GOP side) to give them Teflon.

That clip is so misogynistic.

I just want to HEAR her use her natural voice now that she’s lost the case, not looking to punish her for faking it.

She’s certainly not alone in changing her voice pitch, Margaret Thatcher is a well known example of this sort of thing. Also worth mentioning is that Thatcher changed because she got a lot of shit from men about her voice being shrill and unpleasant to listen to, though they used more graphic terms.

It’s basically about speaking deeper and slower, but the voice of Holmes does sound forced. Thatcher took lessons for years and you wouldn’t think she sounded any other way.

She’s certainly not alone in changing her voice pitch, Margaret Thatcher is a well known example of this sort of thing.

And countless Youtubers, male and female (though in that case a machine does it for them.)

Oh, and radio announcers since forever.

The difference is that Holmes was asking people for their money, as opposed to just chatting. If someone in the media is talking about games or the weather and they accidentally slip into their real voice, you just think, oh that’s a little weird - but then they are putting on performance. But if somebody does it while asking you to take out your wallet, you immediately think wait, if their voice isn’t real, what else about this isn’t real?

Of course, everyone doing a presentation, trying to raise money, etc. is putting on an act. The genius of the Steve Jobs of the world is that they have the act down so pat that the cracks never show.

Finance Youtuber Patrick Boyle goes over the verdict, including explaining why the jury didn’t convict Holmes on the charges involving patients (under the law it would require showing that Holmes personally had convinced the patients to take the test.) Plus discussion of risk vs. fraud in investments.

And countless Youtubers, male and female (though in that case a machine does it for them.)

Oh, and radio announcers since forever.

It’s a silly criticism. I can see pretty much anyone who comes from a lower class background deliberately changing their accent / cadence / pitch / vocabulary to suit their professional or social environment to increase their chance at acceptance and therefore success. Why not a CEO, or literally anyone. My manner of speach fluctuates all the time depending on whom I’m talking with, sometimes deliberately, and sometimes unconsciously to my regret (my cooing speaking-to-a-child voice isn’t something anyone needs to hear…) 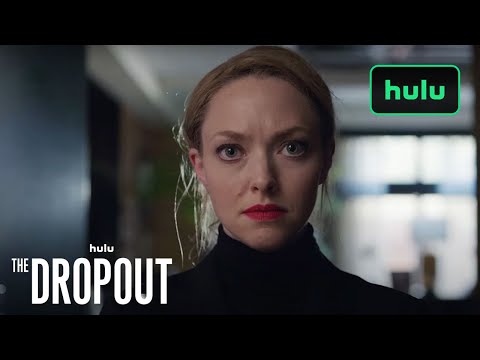 Which role does Bruce Willis play?