Get ready for many projects about this story, but hey, this one actually sounds really good. 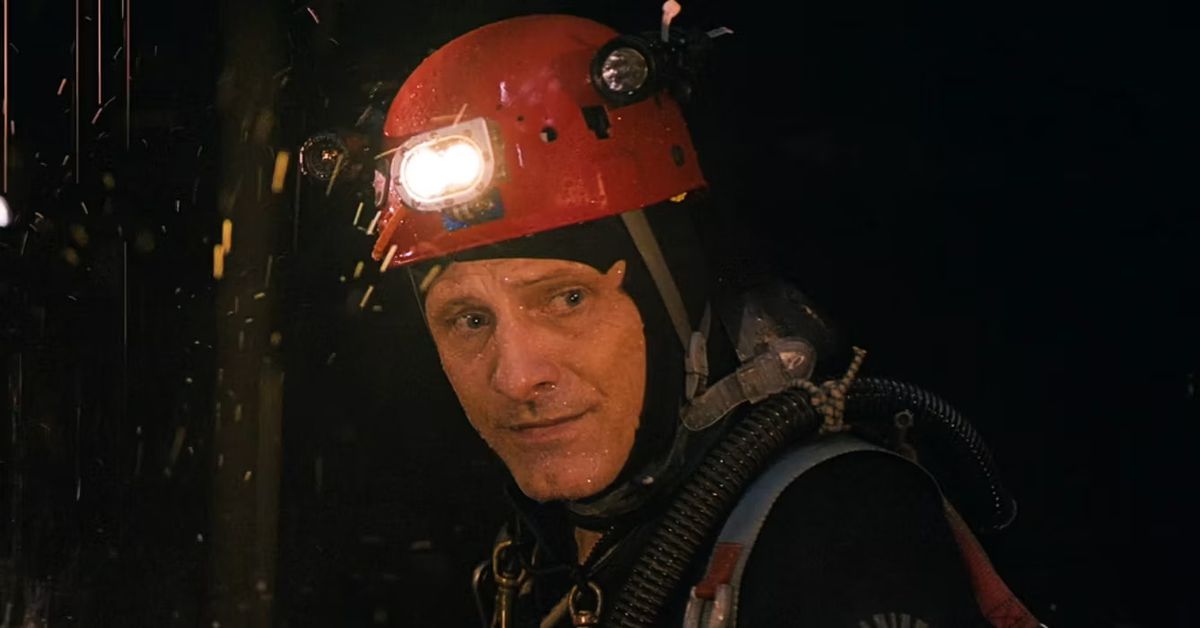 Ron Howard’s movie about the Thai cave rescue isn’t the Hollywood melodrama I...

How Thirteen Lives avoids the problems of other movies that are ripped from recent headlines.

There already was an excellent documentary about this made by Jimmy Chin and Chai Vasarhelyi (the duo behind Free Solo) called The Rescue. I’m not sure why it needs a narrative film recreation too. The doc was plenty nail biting.

Yeah, that article mentioned the rush to create these projects. I haven’t seen that documentary yet.

The cinematic potential of the real-life rescue was apparent from the start. The boys and their coach had barely returned home before an entire swarm of projects were announced, ready to tell of their harrowing rescue. A mere three days after the last of the group were rescued, a made-for-TV documentary called Operation Thai Cave Rescue aired on the Discovery Channel. A scripted Netflix miniseries was announced. Crazy Rich Asians and In the Heights director Jon M. Chu was attached to another production. In 2019, the Thai film The Cave was released, directed by Thai-Irish director Tom Waller. Last year’s documentary The Rescue , from the directors of the Oscar-winning Free Solo , nabbed a handful of awards. Even PureFlix, the company that brought us God’s Not Dead and other evangelical content, planned to take a crack at it.

Oh hey, The Rescue is on Disney+. I should check that out. Thanks for the recommendation.

Yeah, now I remember that’s where I saw it. It’s really good. They filmed recreations of some aspects of the rescue with the actual divers, but seamlessly integrated those into real footage. And the real footage is truly amazing.

That sounds similar to what they did in Touching the Void. I’ll add these to my list, thanks.

The documentary is great, but a problem was that they literally couldn’t show or interview the children for it, as those rights had already been sold (or the coach, I think). The movie seems to do it a bit more, so maybe that’s a new angle for it (the rest seems close to the documentary).

Was this the time where Musk called someone a pedo-guy?

Was this the time where Musk called someone a pedo-guy?

Yup. Musk clearly had no idea how difficult the situation was on the ground given what was happening.

He shippped them some kind of kid coffin that he expected them to use to get the kids out or something like that, if I recall?

I forget specifically; generally one issue is that Musk seemed to be completely clueless about the cave and irregularities of the passages. There’s no way any kind of solid device like that would have worked.

Man, I don’t think I can fuck with this movie. I have near-panic attacks just thinking about being trapped underground.

The rescue here really was a miracle. On The Rescue documentary, the guy who administered the ketamine doses to the kids Richard Harris; his hands were shaking years later during the interview. He’s guestimating weights in the dark in as adverse conditions as you could expect. The kids have to go under and really it would be disaster if they wake up during the transit. And he could face potential liability with the Thai government if the kids don’t make it. It is absolutely incredible that those boys all survived.

A worthwhile experience overall. Largely not having any music during the diving sequences was a good choice, and in general, the movie has an understatement to it that goes along with the pragmatic down-to-earth mannerism of the British divers. No yelling and exhilarated fist pumps as the score dramatic swells. No artificial conflict, no shouting matches. Also appreciate that everyone speaks Thai consequently when none of the divers are involved.

The movie certainly does a good job at showing what an insane feat this rescue op was. I really had forgotten how long the distance was they had to cover. Their approach for the actual rescue is so bonkers that had some writer pitched it to a studio without it being based on real events, someone in the room would have gone “Bit much, innit?” for sure.

For those who are curious: Musk’s PR stunt does not get mentioned at all. And I didn’t miss it.

Any recommendations about whether to watch the documentary or the dramatization first?

This post was flagged by the community and is temporarily hidden.

Really comes down to personal preference.

Documentaries tend to provide a wider context and a more comprehensive portrayal of the situation and the parties involved. Movies are a streamlined (and dramatised) version of the events. I myself prefer to go from narrow to wide, i.e. watching a movie first, then the documentary afterwards.

In this particular case, the documentary covers more of the people that participated and also briefly touches upon the alternative rescue methods that were pondered. The movie, on the other hand, dedicates more time to the attempts to divert the rainwater entering the cave system from the mountain top than the documentary does. Watching the documentary first will give you a better understanding of the geography of the caves, but the movie also works on its own.

The one dramatized part of the plot that felt a bit forced and stupid: for a while, the movie tries to keep a audience in the dark as to the exact nature of the plan, and so the other divers don’t fill in Harris on what they want him to do until he’s traveled all the way, arrived and is standing in front of the cave. That’s the one thing that made me roll my eyes a bit.

Providing doses of Ketamine to kids is nerve-racking? What? If that is the case then these guys are pussies and pedo’s and Musk is proven right.

Mister Tough Guy calls divers who saved the lives of a dozen children in impossible conditions “pussies” for finding it stressful.

DrCrypt – yup. Pussies – you are what you eat.

Seriously, yes I was being provocative – what would Q23 be without a little bit of provocation?

Even more seriously though, ketamine is used to “sedate” because it is “safe”*.

*using quotes because there are minor exceptions, but the safety profile is still wide.