Tom: I wanted to see Jaws in the summer of 1975 partly because I'd read the book. The hype must have helped. So my mother took me one day. She was concerned that I might be scared during the movie, so she reassured me that it was just a trained shark..

Wow, I never noticed the two phones. I can't add much to the analysis. I love the father/son mimicry, the spare use of the shark (I didn't know of the mechanical issues until much later), the dolly zoom on Brody at the beach, the defaced billboard, the exuberance of the chase.

Even before I saw the theatrical release, I was as gripped by Jaws as the entire country. I adored the poster. I had Jaws Halloween costume when I was 7, I bought a book called Sharks: Attacks on Man in '75 from the Scholastic book fair.

I was 6 when Jaws was released. I was too young for my parents to take me (although my father took me to Papillon when I was 4, so WTF?) and as a result, had the movie a bit diluted before I managed a proper viewing. It had been a TV edited movie that I'd caught in fits and starts until it finally came back to the 99 cent revival theater. As a result, Close Encounters was the Spielberg film that left the biggest impression on me as a kid, while Alien (I can't believe it's not on the list!) was my 'Jaws'. Rated R, I somehow got my father to take me when I was 10. It took me quite a few viewings to actually watch the whole thing.

Jaws is an elemental, primal terror that I can never get enough of. I love almost everything about the movie, and I can forgive Hooper's survival, just for the relief it grants Brody after the ordeal. I needed it as much as he did, to know it was over.

I was about 10 years old when Jaws, the movie, came out. My dad had a temporary assignment in Ontario, Canada, and I had the book as entertainment for the summer. I think my sister and I saw the movie with my mom at the end of the summer. The book is pulp, pretty much, but the movie is much better. Every scene is perfect, pretty much....as a kid, I was bummed that the movie didn't follow the book that much, but as I an adult, I realize that the book isn't great. I never get tired of watching this movie.

I was born a year after this movie hit theatres in Australia, but my parents took my older brother to see it. They said that when (spoiler?) Brody hits the air tank and the shark explodes, everyone, and I mean everyone, stood and cheered and clapped.

Can you imagine what kind movie it would take to have that kind of an effect on an audience today?

I loved Jaws so much that I studied everything I could get my hands on about sharks and the ocean and its denizens every chance I got. I didn't go into oceanography or marine biology as a career, but it's always been close to my heart - I volunteered for a while at the Seattle Aquarium and the beach naturalist program when I can. And that leads me to the part that kind of kills Jaws for me now - it's hard to divorce the funhouse ride of the movie from the bullshit science of the "rogue shark" theory the whole premise is based on. The actual shark in the movie might as well be some alien from Mars for all the relation it holds to the behavior of any creatures on this planet. Which bums me out because you guys are right, great movie. I just can't appreciate it like I used to. Aw man, I'm no rock 'n roll fun.

I saw Rocky 3 in Washington Heights in NYC. Sharply angled stadium seating, and the crowd was all on their feet shadow boxing for the finale.

I don't know why, but whenever I watch Jaws, I'm surprised at the progression of the story. The same thing happens when I watch Raiders, despite having seen both movies a ton of times. For some reason, the story of both movies is jumbled up in my head so that when I watch them I'm always surprised that things happen in the order that they do.

This is such a well-made, well-written, and immaculately directed film...everything about it is right there at the peak of 1970s-era, blockbuster filmmaking. It's a massive, iconic film for a reason.
But I don't really find it scary at all. Sure, I register the tension, the suspense, the fear of what's underneath the water that you can't see...but IRL I am absolutely NOT a beach/water person at all. So much like that Eddie Murphy routine where the haunted house says "GET OUT" and he says "honey, get the kids, we're geting the fuck out of this place", my response to Jaws is "don't get in the fucking water". There's some kind of weird personal disconnect I have with it like that, that the horror of it is remote and something I'd never be anywhere around.
What about Orca?

You wanna talk Orca? I'll talk Orca. I can almost promise that no human being on this planet has seen Orca more times than I have, at least in a theater. There was a proto-cinemaplex two blocks from my childhood home called the Cinema 4 in St. Charles, MO. The summer that Orca came out, a friend figured out how to sneak in. I saw Orca approximately 4 times a week for the two months it played. I could do whole dialogue pages from that stupid movie.

What's hilarious, watching it today, is how bad the kill scenes are. They appear to have been filmed by a very amateurish second unit, and almost feel like someone cut Youtube homemade video into a major motion picture. What's odd is that Morricone's score is absolutely affecting here, and no one bothered to tell Richard Harris and Charlotte Rampling they were in a terrible movie with awful dialogue, so damned if they both don't deliver here in spades.

The summer day I first saw Star Wars in Times Square w. my father and sister was blazing hot. We didn't have an A/C at home, So going to the movies was also a cooling relief.

My sister and I begged my Dad, after the movie, to buy us a Star Wars 'program' that the theater was selling. He did. We then walked across the street and saw Orca was playing. We would have seen it, but my Dad had just used all his cash on the Star Wars program, and back then ATM's were scarce if they were even invented yet.

So we didn't see Orca, and I've still yet to watch it.

I am so watching this movie again! I remember freaking out when Hooper found the shark's tooth. I just love the build up to how monstrous the monster truly is and then when we finally get to see the submerged form of Jaws....it does not disappoint!!

To me, the fear factor of what might be lurking under the water is -why- you would never catch me anywhere near this beach. I think I didn't wind up reacting super strongly to Jaws because it was made many years ago and the SFX are a bit dated, but, for example, I had to get someone else to do the underwater colossus in Shadow of the Colossus, and I'm never, ever installing this Skyrim mod:

Should I watch this movie for the first time or continue enjoying visiting the ocean? I fear I won't be able to do both.

Your correction to "attach the first barrel" proves that you've never seen Jaws. :) I am disappointed in both you and Hornbostel. Consider this my obligatory YOU"VE NEVER SEEN JAWS???!!!??? comment.

Farrah Fawcett -- or is it Cheryl Tiegs? -- gets her leg bit off while it's broken. Ha ha! Talk about adding insult to injury.

Like Tom, I was 9 when this movie came out. Honestly, I don't think I've ever seen a review that lined up so closely with my own experience, all the way down to the crackers and wanting to be a marine biologist. I'd forgotten some of that until Tom made me remember. Jaws really latched onto my nine-year-old self, and never really let go. I've been a horror fan ever since and still have a deep love of things oceanic.I haven't been an enormous fan of a lot of the things Spielberg has made, but I certainly am of this one.

Apologies for another necro but saw this on Twitter just now and had to post. I wonder if it’s real or not - I can see why they would leave it out of the finished film for sure. 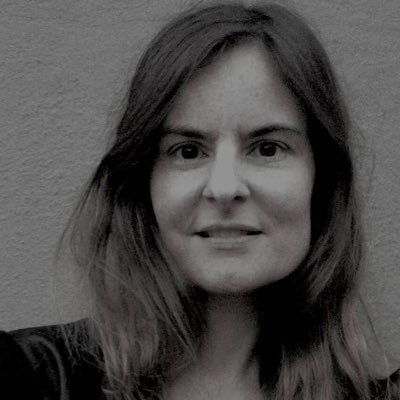 GAH! Just when I thought it was safe to no longer be traumatized by Jaws, you go and post that?

From the replies to that Tweet, here’s a video that shows a bit more: 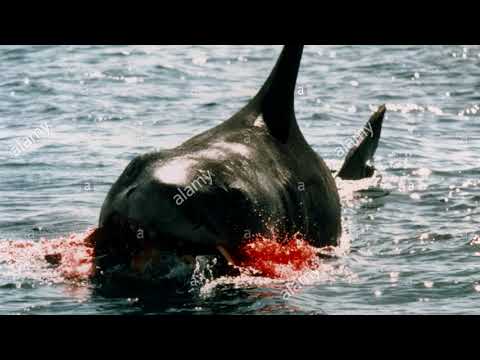 They’re not really deleted scenes so much as footage showing how the attacks were staged and edited. What’s most notable to me is that it looks like they shot a version where the scout instructor who’s killed in front of Brody’s son actually saves Brody’s son by putting himself in the shark’s path and then throwing the boy to safety while he’s being eaten.

I’m guessing these sequences were edited down not to avoid being shocking, but because they didn’t read as well when they’re explicitly shown instead of suggested. Still, that frame of the shark looming over Alex Kintner is horrifying. It’s every bit as chilling as the movie poster itself. I think it helps that it’s black-and-white and grainy. It has the appearance of those pictures of the Loch Ness monster that fascinated me as a kid.

I had missed this news. Jaws is coming to IMAX on September 2nd. Labor day weekend. 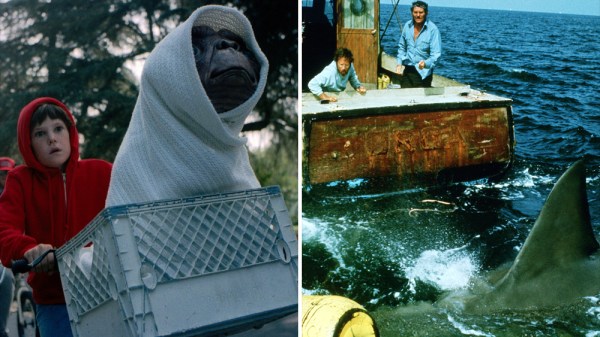 Steven Spielberg’s Classics ‘E.T. The Extra-Terrestrial’ And ‘Jaws’ Set For...

I’ll be visiting St. Louis that weekend, so I probably won’t get to see it. Hopefully it’s still playing on IMAX the weekend after that.