This holiday season... get paid to game. With Zorbus.

Zorbus is one of the hottest roguelikes out there rn. 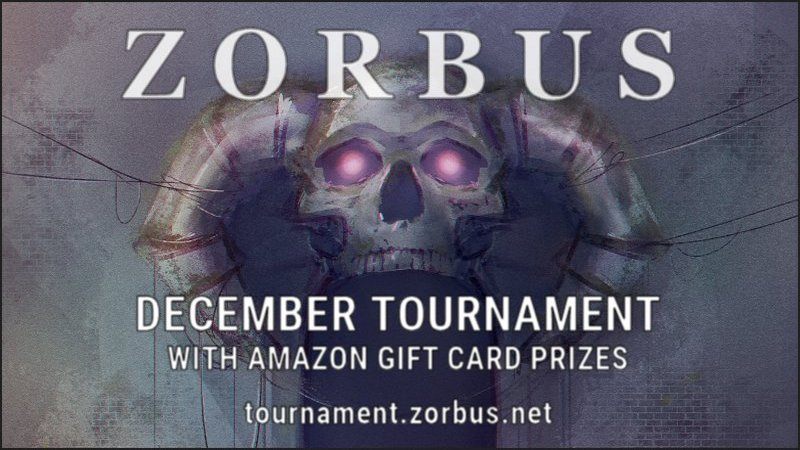 What do you like about Zorbus? What makes it different from other roguelikes?

Sound effects*, dialogue from enemies*, dungeons that feel like they were designed by a human and “lived in” (in spite of being procedurally generated). And this December, the potential to get $50. ;)

(I won’t win, of course, but isn’t it fun to think there are stakes when you roll up your Minotaur Shaman or whatever?)

*I use “roguelike” the old-fashioned way.

So hot right now, with its 66 total reviews. This reads like an ad from someone who hasn’t actually played it.

It is an ad! An unpaid, voluntary ad from a Zorbus fan who would love to compare tournament Zorbus runs.

It’s hot among the traditional roguelike community. There are dozens of us. 5 and a half dozens, by my count.

An ad that was worth it too, apparently, since the people commenting here didn’t visit our roguelike thread where we discussed this lovely little game!

…visit our roguelike thread where we discussed this lovely little game!

I just did, apparently it was briefly discussed 2 years ago when it was a F2P game. Although that thread did a much better job of trying to sell it at least.

Hey I bought this last night apparently. It was on my wish list and jumped in my cart on a sale bender. I 'll get to it tonight or tomorrow for a hour or 2.

I played this a few times on the browser (free) version and it’s really, really neat. It’s like a D&D 3.5 meets TOME, with some really fun extras (such as the aforementioned sound effects that really lend to the atmosphere). I think I bounced off it very early in as being pretty challenging, but it’s been on my wishlist since it moved to Steam and it’s not very expensive, so it’s probably worth a few bucks to play it some weekend. I was looking at it just a few days ago (before the sale even) and wishing I had more time to play it, I got the hankerin’ to try and dive in again, but I just have so many great games on my plate.

Is there a free version?

Is there a free version?

It used to be the only version. He took it down when it went to Steam.

Two more fun facts: There’s a very well-written PDF manual which you can access before buying on the Steam page.

And “Kyzrati,” who wrote one of the most prominently-featured Steam reviews, is the developer of Cogmind.

He also streamed it: 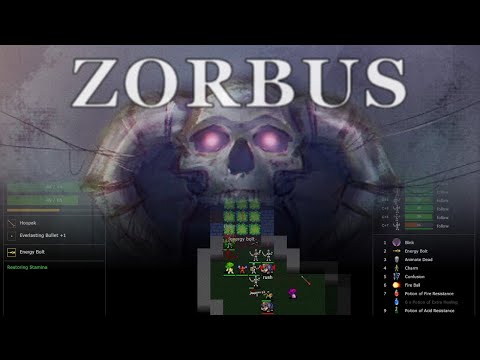 I caught him playing it a bit recently on Twich, but then another game happened and I forgot to get the updated version on Steam ;0

edit: ha, that sneak edit while i was typing, and now I look like a rambling old dude who didnt see the huge capture just above!

Now you’re doing a good job of selling it. :-P

Actually, I just found out that you’re supposed to turn your lantern off sometimes for tactical purposes – maybe a lot of the time – and when you do that, the graphics get all dark. There’s a “brighter darkvision” toggle but it doesn’t do much.

But seriously, I hate when games incentivize you to make the graphics look bad. That’s doing it wrong, Zorbus dev!