This is a thread for PS+ (PS Plus) members

Glad to see PGA 2K21. I almost picked it up a couple of times but realized it’s the kind of game I might play for 20 mins and never go back to it, depending on how frustration-free the golf-swing mechanics are.

I started playing PGA 2K21 on the PS5 and can confirm that using a game controller is way easier than keyboard/mouse on the PC. I actually made it through the tutorial this time!

On my 65" OLED, this is quite a beautiful, relaxing game.

Coming soon, all available on PS4:

The PSVR games & Persistence are still available until the end of december.

This is a good lego game! I enjoyed it.

Why would they restrict a demo to only PS+ members?

More details on that here:

Want to experience the story and campaign of Godfall? Godfall: Challenger Edition players can purchase the Deluxe Edition at any time to gain access to both the Godfall and Fire & Darkness campaigns

Interesting. A demo that shows off the end-game content only, by instantly starting you off with max level characters. I’ve never heard of that before.

Why would they restrict a demo to only PS+ members?

Why would they treat a demo like it’s a worthwhile “game” release for their subscribers? I think I’m a bit offended.

I’m unimpressed. We’re supposed to get a PS5 game each month and a demo doesn’t cut it. Especially a demo of a game that was largely considered to be mediocre, at best.

Why would they treat a demo like it’s a worthwhile “game” release for their subscribers? I think I’m a bit offended.

Calling it a demo is prejudicial editorializing. It’s a version of the game with all the content, you just don’t play through it like the original single player mode. You boost straight to the max level end game, like playing Diablo III in adventure mode. Since the single player campaign kinda sucks in Godfall, that’s, if anything, an improvement.

Today, a spokesperson for developer Counterplay told Eurogamer that the Challenger Edition was “not a trial”, but a new cut-price, limited-feature edition.

In a new press release, Counterplay announced that the Challenger Edition would also soon be available for free via the Epic Game Store for a limited time (December 9th - 16th).

Yeah, it’s a demo. I actually think that’s a nicer way of putting it than describing it as “gimped.”

It kind of sounds more like getting a high-level WoW account so you can skip the grinding up and go straight to raiding.

The game will be free on Epic store too, so yeah not exactly a great move by Sony.

Well I’ll bet there are a ton of PS5 owners who don’t game on PC.

Epic is giving away the same restricted edition as PS+, isn’t it?

It’s hard to get upset with “free”, regardless of how they’ve packaged it.

The nice thing about Epic’s giveaway is that it’s free to keep, not just available while you’re subscribing to PS+.

Either way, it doesn’t sound like the game is good enough to spare the hard drive space or the time. There’s much better games out there that I haven’t gotten to yet.

@jasonschreier
SCOOP: Sony is planning a new subscription service, code-named Spartacus, to take on Xbox Game Pass. It's being pitched as a three-tier service that will merge PlayStation Now with PlayStation Plus. Highest tier could include PS1/PS2/PSP games bloomberg.com/news/articles/…

Note: Schreier says that although it will offer newer games, you should not expect day 1 releases like Gamepass. 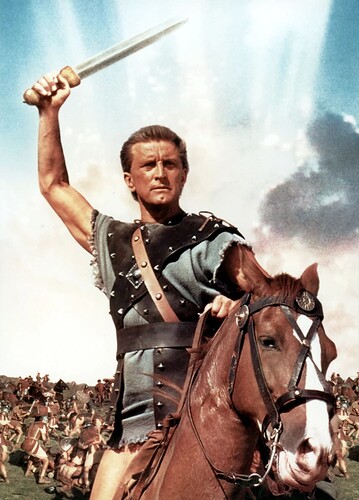 What it’ll probably be: