This is not the Grand Theft Auto V review 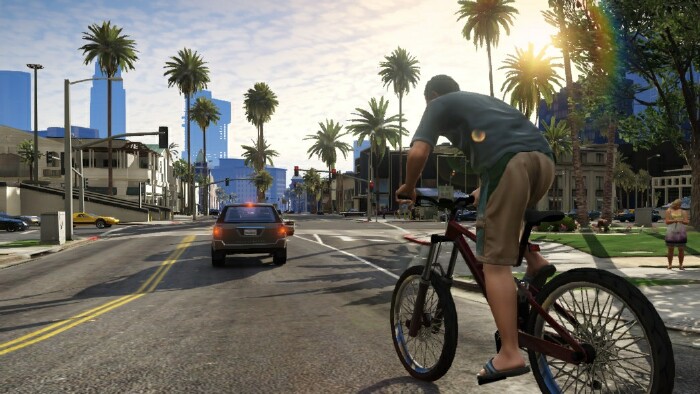 When I started playing Grand Theft Auto V, I thought this was where the review would go. But somewhere on the way to Monday morning, it became clear that wasn't going to happen. Not because I couldn't get to the end of the story. I probably could..

I knew it would be a technically amazing experience, and the level of polish people who played it are raving about were honestly evident from the official gameplay trailer that came out a few months back, but it's really good to hear the story, characters, and the city itself are well fleshed out and worth exploring. From everything I'm seeing today, my pre-order looks to be a wise investment.

James Marsden could burn down the Mexican town with his heat vision, though.

"The three characters form a sort of ego, super-ego, and id structure... But then the id arrives, mid-coitus, balls deep in a crack whore, withdrawing to descend on Los Santos in a cloud of dust, thunder, and trailer park debris."

I really like that whole paragraph. Bravo mixing Frued and being 'balls deep' without succumbing to an incest reference.

If this is preamble is any indication of what the review is going to be like, sign me up.

Glad to hear this is worth playing. I play all the GTA games, and am invariably disappointed. Here's hoping this one will be the exception.

Why do I get the feeling this is just the precursor to OMG WORST GAME EVER, sort of like Torchlight 2.

Wow what POS SITE this is.

IS this the POS SITE that gave THE LAST OF US a 6.

You must have been a total noob and couldn't complete the game,lol.

XBOX and XBOXONE Are Garbage.

I can't tell whether to laugh or cry

Dude, I know. What's going to happen to my hard-ass reviewer cred if I end up following through with the fact that I'm totally loving GTA V?

The big reveal is that Robert De Niro is Al Pacino's dad.

Gah! I can only imagine how many places I keep getting that wrong.

Well the Escapist has already given us hardass lovers our fix, so you can say what you like.

Aww, did they not like it? I'm curious to find out what other folks thought, but not curious enough to read other reviews and risk spoilers. :) Weird, I know.

They gave it a 7/10 and essentially said that the game wasn't great because the characters you play as are evil natured... it's Grand Theft Auto, what did they expect? Basically everywhere else has been 10s around the board though.

I can definitely understand that criticism. It's hard to separate the characters from their culture, their context, their particular neuroses. If a protagonist being a jerk or unlikable rubs you the wrong way, GTA V can be offputting. It's frequently an issue in Rockstar games, but the difference this time is, as I mentioned, I feel they're more self-aware and mature about it this time.

LOL. You fixed "Marsden" but left "James". It's cool though.