This thread is for one of my favorite actors, James Hong

He's probably been in more movies than any actor in history

James Hong is everywhere. With 600+ credits under his belt, he might be the most credited actor in Hollywood history.

I bet Mr Hong might just be one of your favorite actors, too, just judging by the breadth of his acting career. You may know him as Lo Pan in Big Trouble in Little China, or Hannibal Chew in Blade Runner, or the groundskeeper in Chinatown - or maybe from his work in TV on Alias or Millennium. Maybe you recognize him from his voice work as the Kung Fu Panda’s stork dad, or as Covetous Shen in Diablo 3. Dude’s been in everything! I’m posting this little item from CNN that I came across today - I had no idea he was 91 years old. Certainly hope he keeps doing his thing for a good long time.

He has one of the most recognizable voices in Hollywood, and it’s always a delight to see or hear him!

I love James Hong so much.

I love the way he says that word. Here’s a little supercut of some funny David Lo Pan moments. 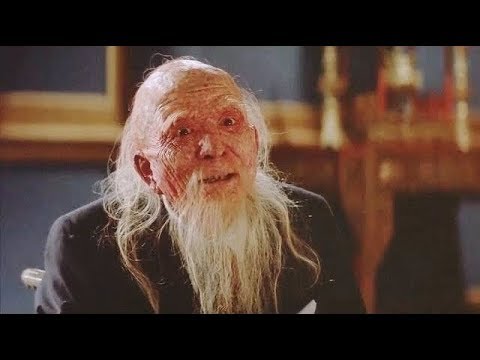 “Now this really pisses me off to no end!”

Memory is funny. I remember him from two movies basically. First is the Keanu Reeves version of The Day The Earth Stood Still Where he plays an alien who’s been monitoring earth and decide to stay there when the earth is getting destroyed.

And the second one is that really terrible Ryan Reynolds movie R.I.P.D. where he plays the avatar for one of the guys. I don’t even remember which one!

Two pretty forgettable movies but his performance was memorable in both.

Yep, Hong is pretty much the only part of R.I.P.D. I remember. Think he was the earthly body of Ryan Reynold’s character.

EDIT: just watched the CNN video. Good grief, those genes. He seems in terrific shape for a 90-year old.

He is doing pretty good for a 91 year old. I loved him as Lo Pan. He does have a way with delivering his lines. “I just do eyes”.

Been watching Clone Wars on Disney+ and he’s there, too. Very distinctive voice.

Thanks for starting this thread, divedivedive. I like threads like these where we appreciate people before they pass away. (For instance, after one of those “James Earl Jones died!” hoaxes, we had a pretty good discussion about him).

The role of his that most often springs to mind is the minor but important role of Cassandra’s dad in Wayne’s World 2. He was pretty funny and got to take part in a good silly fight scene too.

I live in a region where we are extremely proud of our people that go off and become famous. “He’s from here!” is one of our highest compliments. Some of celebrities we lay claim to couldn’t leave the state fast enough, never returned, and don’t care to talk about their experiences here. (Didja know Judy Garland was born here? And Winona Ryder was named after the town she was born in, and that’s only a little to the south?) But James Hong seems to come back to my city often for high school and college reunions. I get a kick out of reading about him reminisce warmly about buildings and parks that aren’t too far from my house.

No matter how weak or strong the material, he’s a high point in whatever he’s in. I wonder if he and his buddy Mako were ever in anything together. To the IMDBs!

Off the top of my head, they both contributed to Avatar: The Last Airbender, though James Hong only did two guest starring bits.

Edit: in the CNN article in the Original Post:

Realizing that Hollywood wouldn’t be able to provide the roles Asian Americans deserved, Hong set out to carve his own space. Along with actor Mako Iwamatsu, Hong helped organize an Asian American acting group in Los Angeles. Their first production was “Rashomon,” a stage play based on two short stories written by Japanese author Ryūnosuke Akutagawa and adapted into film by Akira Kurosawa.

“That started the industry noticing who we were,” Hong said. “We weren’t just extras, or gimmick people. We were in a play that we organized. We were the main, lead people. We were the actors. And we commanded attention.”
That acting group turned into the legendary theater group, East West Players.
“East West Players were formulated to showcase works by Asians, who wrote the play, who designed the stage, who act in the play,” Hong said. “It was all done by Asian people, professional people.”

That bit in the article is what reminded me of East West Players; it was mentioned in all the obits when Mako died.

I remembered him being the mayor in that one Avatar episode, but I was hoping for something with them on-screen together (Lo Pan vs. Uncle Iroh, ideally :) ). Brief searching only finds this, which I’d never heard of, and no indication they were even on-screen at the same time:

Directed by Mark DiSalle. With Jeff Speakman, John Dye, Mako, James Hong. Jeff, a young delinquent, is enrolled by his father in a kenpo school, in the hopes of teaching the boy some self-discipline. Years later, Jeff's mentor, Kim, is being...

Heck I’ve probably seen that movie but I can’t say I remember a thing about it. 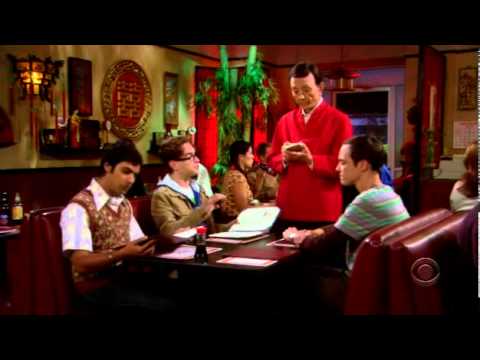 This probably should belong to the unpopular opinion thread but WHY IS THE BIG BANG THEORY CONSIDERED FUNNY???

You had me until you threw Friends under the bus. Fuck right outta here with that shit.

(In all seriousness it just seems like you, like many folks these days, don’t like laugh tracks - my son and I have a pet peeve when it comes to shows with laugh tracks, though him a lot more than I).