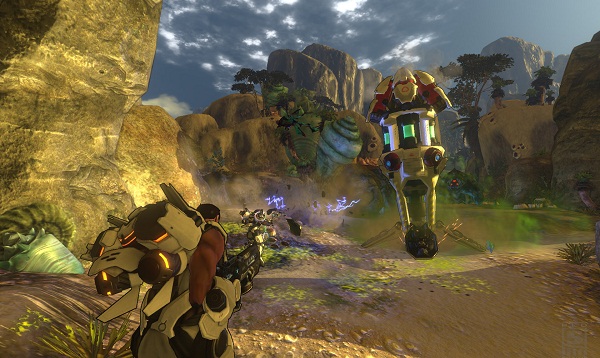 Red 5 Studios is suspending the player-vs-player portion of Firefall. In a post on the official forums, CEO Mark Kern stated that the shooter MMO's PvP mode will be shut down so the team can rework PvP into a more popular offering..

Wait, so everyone is actually PvEing? How dreadful. I assumed that the PvP was worthwhile since the PvE made me want to stab myself in the eye. Apparently that was a terribly flawed assumption.