Time loops for fun and profit

Just a thread to talk about time loop stories. Really what I’m hoping to get out of this is more time loop story recommendations, because I really like them.

First a definition: a time loop story features a character or characters repeating the same segment of time over and over again while retaining their memories. The starting conditions are the same in every loop and only one “copy” of the looper occurs in each loop. Tenet and Primer are time travel films, not time loop films.

Time loop films:
Groundhog Day - Bill Murray’s best film?
Live, Die, Repeat aka Edge of Tomorrow aka All You Need is Kill - a dude repeats the same day over and over so he can keep ogling Emily Blunt’s biceps
Palm Springs - Andy Samberg and Cristin Milioti do experiments on goats

Time loop TV shows:
Russian Doll - aka how to smoke a whole bunch without consequences

Time loop video games:
The Sexy Brutale - Solve a murder mystery at a casino mansion
The Outer Wilds - Solve a supernova mystery in a pocket solar system
Varicella - an excellent text adventure by Adam Cadre wherein you play an odious man trying to off his even more odious rivals for the regency of a semi-fictional country using an elaborate plan that the player has to “discover” by repeating the game over and over.
Endless, Nameless - another text adventure, also by Adam Cadre

I really like all of the above titles. Which ones did I miss or am not even aware of?

There are a ton of individual episodes of TV shows that feature a time loop plot (typically just for the one episode.) Supernatural had a good one 10 or 12 years ago, and I’m partial to “Here I Go Again” from Legends of Tomorrow a couple of years ago. Person of Interest had a variation on this theme that was not strictly speaking a time loop but spiritually adjacent in “If Then Next” a few years back. Agents of Shield had a pretty good one last year IIRC.

Caveat: One thing almost all of these time loop TV episodes have in common is that they work best if you know the characters well and are invested in them, so they are not really great for one-off viewing.

Replay by Ken Grimwood is a pretty strong time loop novel. I recommend it.

The novel of Live Die Repeat (that the film is based on) is interesting. Very different from the film, but enough there to enjoy.

One that’s not quite a time loop, but has some overlap is The Man Who Turned Into Himself by David Ambrose.

I feel like I’m missing some obvious ones, but my mind is blanking.

Varicella is (IIRC) not explicitly a time loop game. If you include games like that, where failing and rewinding is a tool to learn about future events, the newer Hitman games may count too, and so does The Last Express, a which you probably know about if you played text adventures from the same era.

That’s a good point, though I feel like the accretive protagonist mechanic is central to Varicella in a way it isn’t for Hitman. It’s possible to complete a Hitman mission on your first try if you’re careful; definitely not with Varicella.

I haven’t heard about The Last Express though, and I’m pretty intrigued. I wonder if it’s still possible to play it.

Yeah Replay is a great classic and pre-dates Groundhog Day by 7 years. Sadly, I didn’t see it available on Kindle or as an ebook. The paperback used to be fairly ubiquitous in the fantasy/sci-fi section of good used book stores. The paperback does seem to be available on ebay for a few bucks.

Yeah Replay is a great classic and pre-dates Groundhog Day by 7 years. Sadly, I didn’t see it available on Kindle or as an ebook.

The Last Express feels very much like Varicella in that sense (again from memory, it has been many years), with events moving in real time and a rewind button so you don’t have to go back all the way.

Oh, and Source Code is a time loop movie that is also set on a train.

And I think there’s a time loop TV show that I haven’t watched yet on Fox called Day Break.

If we’re counting stuff with accretive protagonist/player knowledge the Zero Escape games would count. It’s not a time loop but for…reasons…every branch counts.

Day Break is a terrific one season time loop show where Taye Diggs is a cop being framed for murder & corruption, whose girlfriend is kidnapped and killed by mysterious criminals, and then he’s dragged out into the desert and shot. And then wakes up that morning. Unlike some time loop stories, when he figures out significant things the day actually changes so he doesn’t end up having to do every single piece of the loop correctly simultaneously.

The novel Edge of Tomorrow (it’s not actually called Live Die Repeat, that’s just on the poster) is based on is called All You Need is Kill, which I think is a better title personally, and which is substantially different than the movie and you should also read it.

Steins;Gate isn’t a time loop exactly, but it’s about time travelling over and over again to try and get a different outcome and so has very very similar themes and execution.

Film: Triangle- a woman goes through purgatory on a boat

Oh, there’s also The 7 1/2 Deaths of Evelyn Hardcastle, a terrific (pinnacle, really) mystery novel where the protagonist lives the same day and witnesses the titular character’s death repeatedly…but each time, wakes up as a different character in the drama, which is a clever twist.

Rope a Dope And its sequel:

To add to your category list, Tragedy Looper is an excellent time loop board game. Best with 4 players, but I suppose it works fine down to 2. Essentially the three protagonists are attempting to solve a mystery and avoid a bad outcome and have a fixed number of time loops to do so in while the mastermind is working to confound and confuse them.

Shout out for The Map of Tiny Perfect Things. Watched that the other day with the wife and quite enjoyed it. 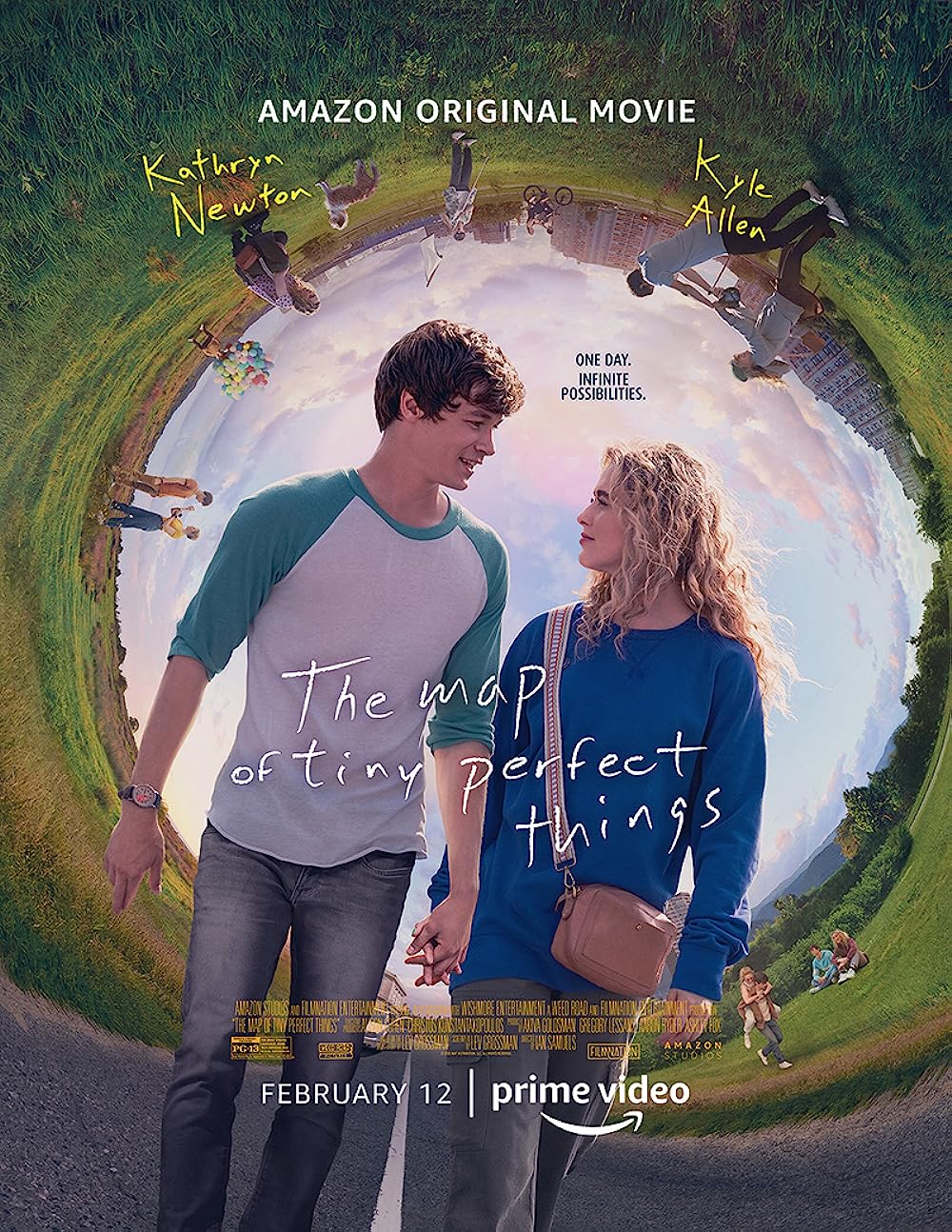 Haven’t watched the second, but I found the first one surprisingly fun, despite not being a fan of these kind of slasher films.