Time loops for fun and profit

Major spoiler on this one:

In the House of X / Powers of X kick-off storyline, one of the major elements introduced in issue 2 (the TPB collects 12 issues) that then gets woven throughout is the revelation that one of the characters is in a life-spanning time loop a la The First Fifteen Lives of Harry August, Life After Life and Replay.

Over 20 replies and I’m the first to mention the TNG episode Cause and Effect?

The Girl Who Leapt Through Time is one of the sort of foundational pieces of Japanese sci-fi, and is probably responsible for the concept showing up relatively frequently in Japanese media (All You Need is Kill is a Japanese novel). Its been re-adapted a number of times, notable as a well reviewed anime film and is considered one of the first time loop stories.

Which leads me to the boldest implementation of a time loop story I’m aware of, the “Endless 8” where fully 8 episodes of the Melancholy of Haruhi Suzumiya anime are essentially identical.

I haven’t heard about The Last Express though, and I’m pretty intrigued. I wonder if it’s still possible to play it.

Last Express was released on iOS / Android a year or so ago. It’s excellent in its own right (I’d recommend using a walkthrough liberally), but not really meaningfully about time travel though, other than a weird unnecessary metaphor for its save-game system.

The Incident (the one from 2014) wasn’t fantastic, but had an interesting take on it. Timecrimes is another very good one.

And for videogames, Gods Will Be Watching turns out to involve a time loop, which adds a neat element to the final segment and some horrifying weight to earlier parts.

Do you want Groundhog Day loops or Stable Time Loops (i.e. it will always repeat), or maybe even wider? There’s a lot, although, of course, just listing them is no fun.

12 red herrings Monkeys was probably the second that caught my attention, although I had been spoiled. Unless you only want to count the cycles that you see in the story, but, well, they’re all the same in the Stable Loop. I think seeing the loops is probably more interesting for the thread, though, so let me focus on that.
Although… both types are huge deal in The Magicians, a show that is about how fucked up actual magic existing would be. Soon enough the protagonists find that they’re in a loop because there’s an invincible evil. And when they beat it, there’s shenanigans about people traveling from universes where he wasn’t, too much for me to remember TBH. But, there’s also an episode near the end where two characters find themselves trapped in a loop due to circumstances (literally, because why not call a made up magic thing circumstance to make a pun?) and have 12 hours to save the earth, so cue a whale reference and a heist reference, because this show is mental.
SG1 does this a few times, with the usual silliness, but it’s pretty funny in Window of Opportunity as O’Neill and Teal’c get annoyed at the repetition, learn stuff to surprise of everyone else, and lose it with the characters dead pan face.
In games, every time you savescum is a loop 8D. Or restart, as in roguelikes, so it’s mostly not interesting to find out storywise in, say, Bastion or Into the Breach, unless you do different stuff, as in the before mentioned Majora’s Mask, Outer Wilds, or Undertale. I should really play all 3 of them.

Aaand, that’s too much time on TvTropes already.

Happy Death Day 2U gets a bit further away from the slasher stuff and leans into sci-fi comedy about parallel dimensions. Still good and worth watching though.

12:01 is a short film and is kind of the original. This is the one starring Kurtwood Smith, not to be confused with the full length movie of the same name. This predates Groundhog Day

Rope A Dope mentioned is great

There’s been like a dozen recently on Netflix and other streaming services.

Although… both types are huge deal in The Magicians , a show that is about how fucked up actual magic existing would be.

I don’t remember this from the novels, though I don’t really remember the novels that well. It might be time for me to watch the show.

As Perky pointed out above, Stargate: Window of Opportunity, I thought it was one of their best episodes and quite funny. I loved it. 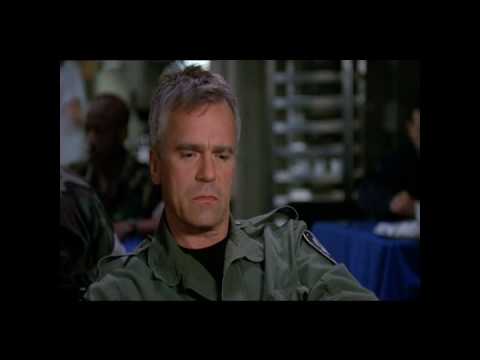 I think there’s a significant difference between a “time loop story”, where at least one person is aware they’re in a time loop and explore different paths etc, and a closed causality time travel story where it turns out the time travel stuff always happened and nothing could go any differently. these are both technically loops but the core conceit is very different and the pleasures are also. 12 Monkeys is very much the latter, as is Timecrimes. Similarly, the previously mentioned Dark Tower is not meaningfully the former, might qualify as the latter, but I think is more about cyclical narrative patterns.

There’s a first season episode of Star Trek Discovery that’s a time loop (w/ Harry Mudd). i don’t really love Discovery as far as I’ve watched but that one was good.

There’s not really time loop stuff in the Magicians novels. (though there’s time travel w/ closed causality IIRC). Not sure about the show as I only have seen one season so far.

The visual novel Raging Loop involves both a time loop and Werewolf the game and werewolves (or does it?) and I highly recommend it. Primer is a 2004 American independent psychological science fiction film about the accidental discovery of time travel. The film was written, directed, produced, edited and scored by Shane Carruth, who also stars with David Sullivan. Primer is of note for its extremely low budget, experimental plot structure, philosophical implications, and complex technical dialogue, which Carruth, a college graduate with a degree in mathematics and a former engineer, chose not to simplify for the sake of the...

I heard this is a brilliant time loop film but I have yet to see it.

I need to put some more effort into watching Primer. I couldn’t make it past the opening scene where people are discussing something in an apartment, and we in the audience can barely hear them, and the scene just keeps going on and on and on.

Primer definitely isn’t a time loop film; it’s purely time travel. I don’t know that I’d say brilliant. It’s good for having been made for $2 and the plot supposedly hangs together if you take the time to diagram it all out while you’re high on shrooms after a drunken college party with a bunch of other sophomores. I didn’t try. Really cool concept though.

The Girl Who Leapt Through Time is one of the sort of foundational pieces of Japanese sci-fi, and is probably responsible for the concept showing up relatively frequently in Japanese media (All You Need is Kill is a Japanese novel). Its been re-adapted a number of times, notable as a well reviewed anime film and is considered one of the first time loop stories.

The anime adaptation is indeed fantastic.

As Perky pointed out above, Stargate: Window of Opportunity, I thought it was one of their best episodes and quite funny. I loved it.

For board games, Time Stories is very much of the “go through the same events multiple times, and use what you learned on previous loops to optimise the next one” style of time loop. It is hard to recommend, both due to cost, the rather uneven scenario design, and a metagame system that might as well have been replaced by packing in a picture of the designers showing the middle finger to the players. But since some of the scenarios do such a good job of the time loop optimization part, in the end I was glad to have played the first 10 scenario arc.

Do not touch the newer Time Stories arcs though. Absolute shit.

Hadean Lands is another well regarded time loop int fic, with the main gimmick being that anything you’ve shown in previous loops you’re able to do, you can just ask the game engine to do on your behalf. I didn’t get far enough to really be able to recommend it.

Hadean Lands is another well regarded time loop int fic, with the main gimmick being that anything you’ve shown in previous loops you’re able to do, you can just ask the game engine to do on your behalf. I didn’t get far enough to really be able to recommend it.

I did. One of my favorite games of all time and I can’t believe I didn’t think of it.

I would. It’s my favourite time travel movie.