I think the changes promote using multiple features more than focusing on certain higher scoring ones. It’s like the designer wants the maps to have variety instead of us min/maxing them to death. The unintended consequence IMO is that you’re going to have scores that are always much closer, which I think you can see in the last couple days. Scoring over 70 will be much rarer now. I’m not really a fan of the changes.

I think the designer saw that most of the high scoring maps were a large group of trees surrounded by as many mountains as possible and nerfed the trees. I think this was a mistake. If I were the designer I would say, ok, mountains and trees are maybe a little too powerful, let’s focus on making other things powerful too, so that there are many paths to a high score. And then nerf mountains a bit because placing a large number of mountains where each one could score 6-10 points is way unbalanced. 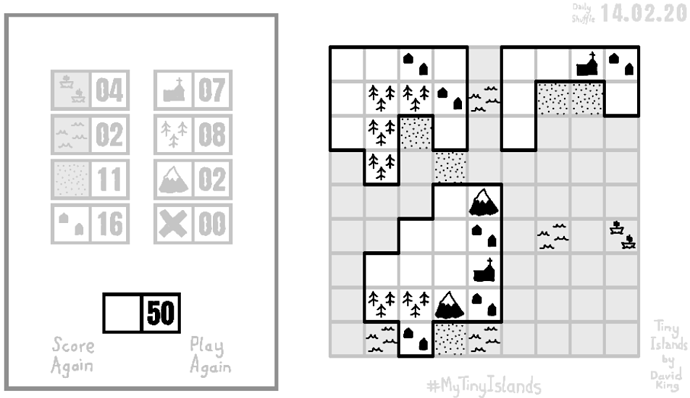 I had a move that left two points on the table for sure because I clicked too quickly. 57 today. 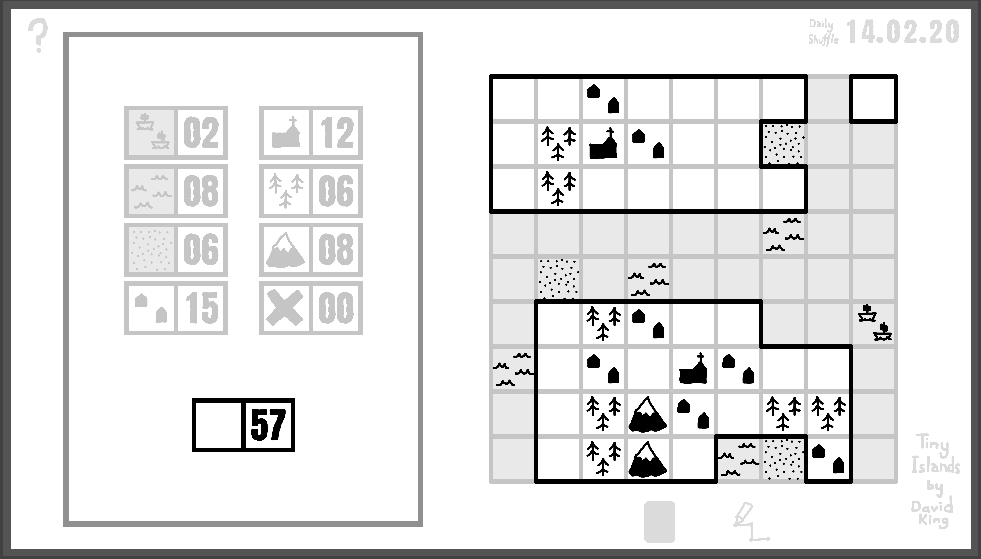 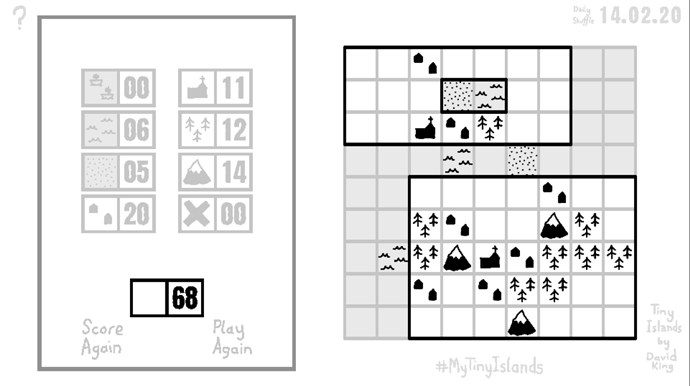 Hideous score for me today. I was forced to place a wave that canceled another one out, but even those extra four points wouldn’t have helped me much. 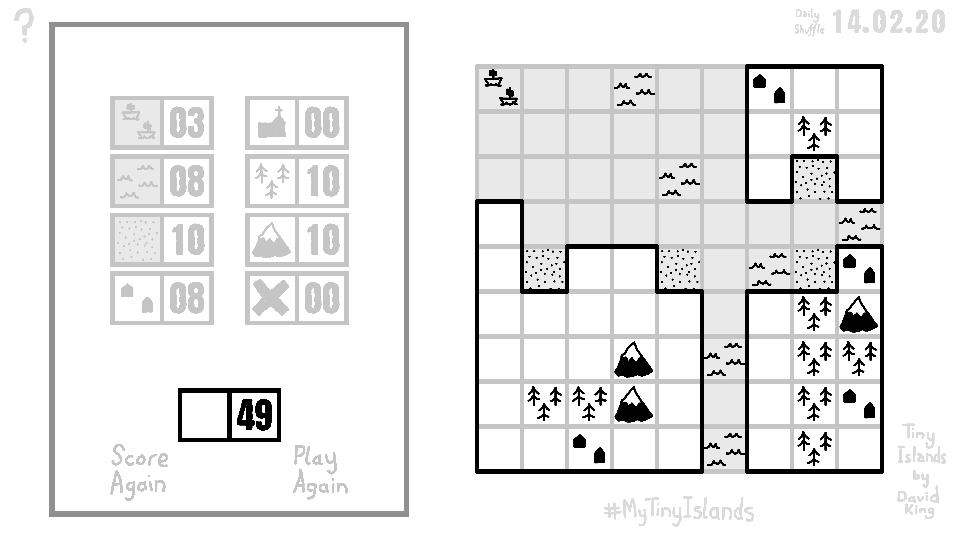 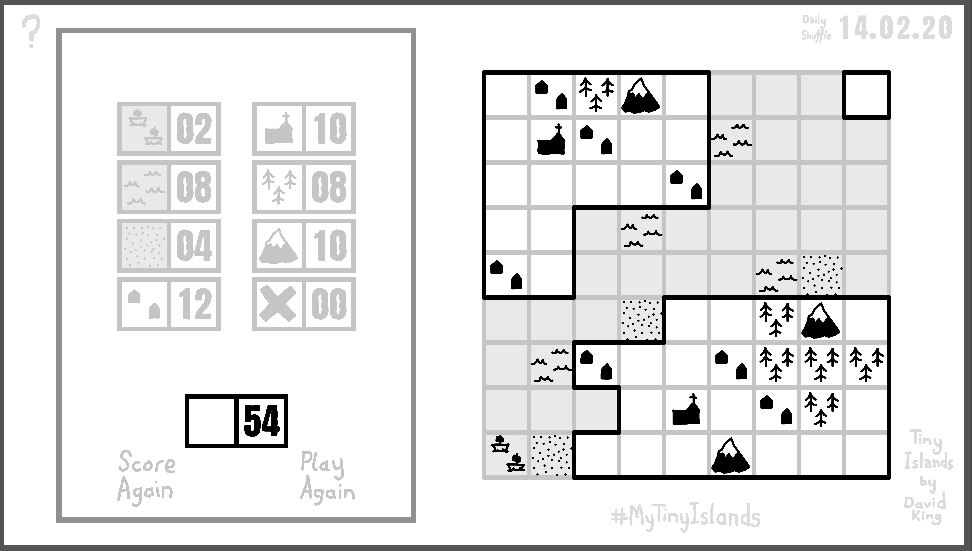 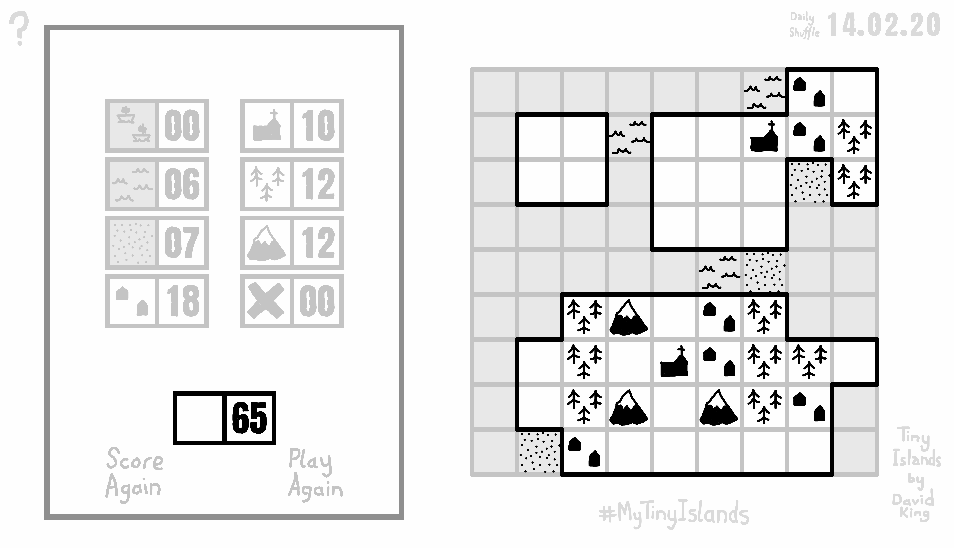 First attempt since the scoring changes. Not great! 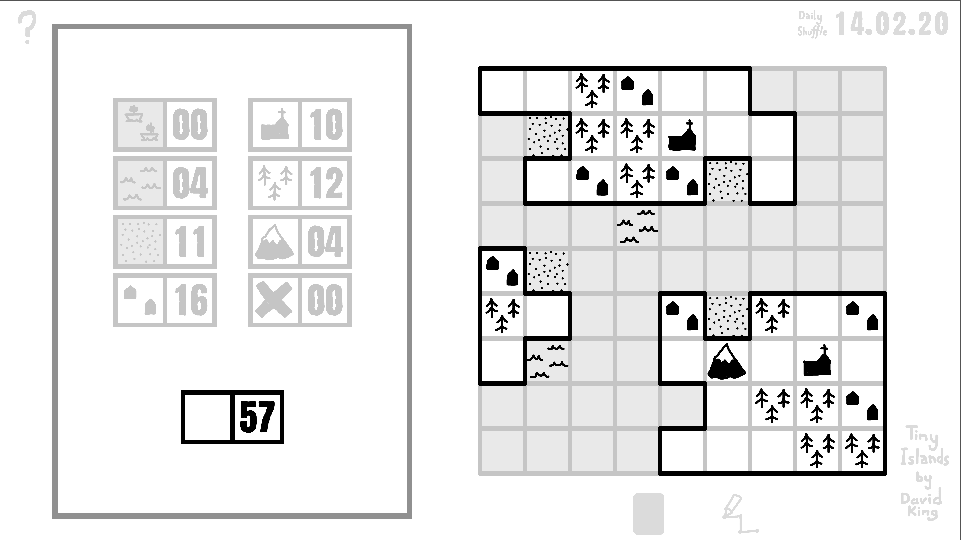 They need to denerf forests and nerf mountains instead.

I agree. I like the changes made to church scoring, but forests were fine as they were. Mountains were the real exploit. 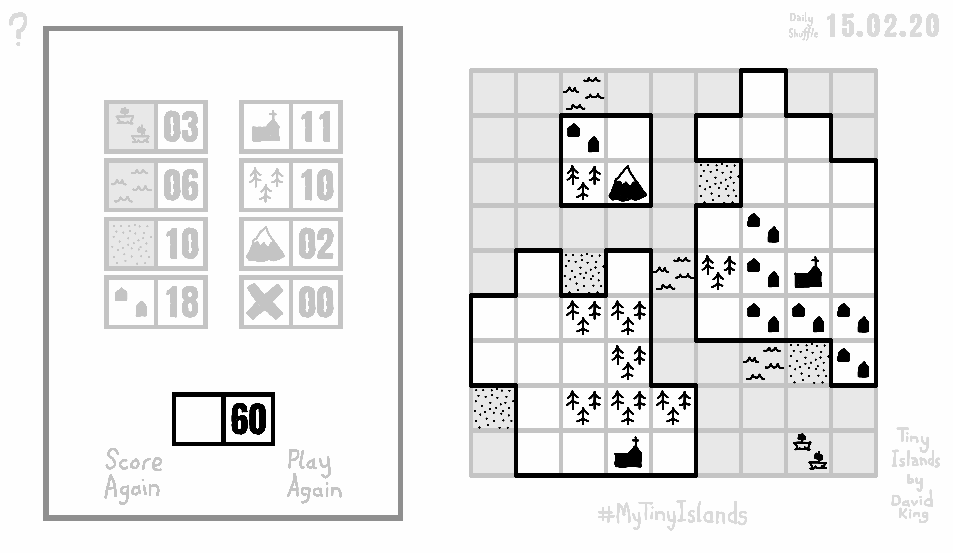 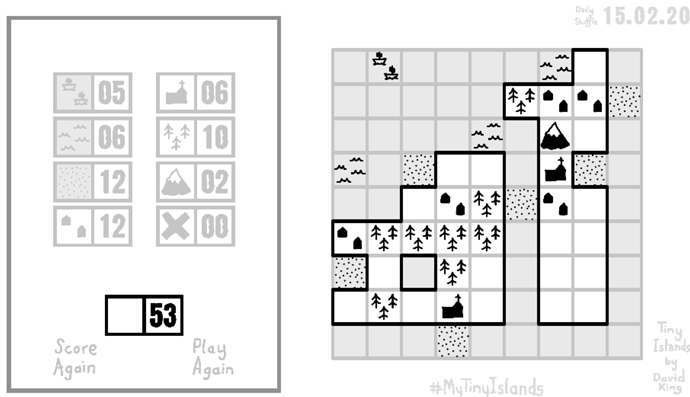 Ah yes, my standard between 50-55 score ever since the scoring changes, hehe. (54 today.) I even tried to make better use of churches and mountains, but it still didn’t work out great for me. 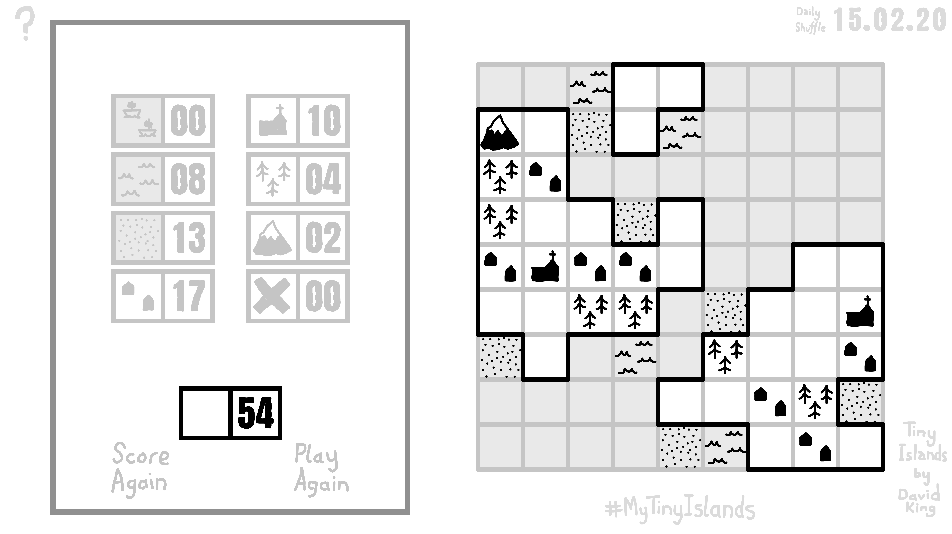 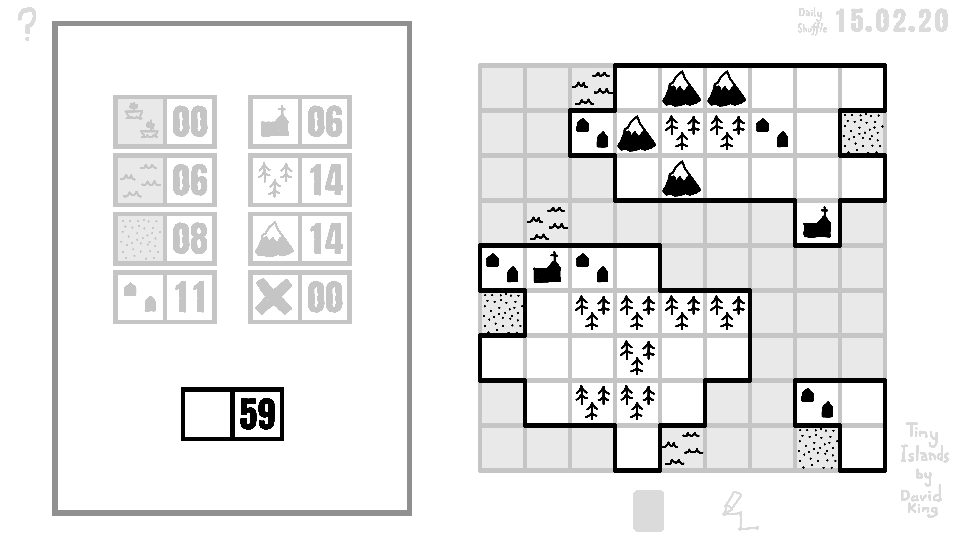 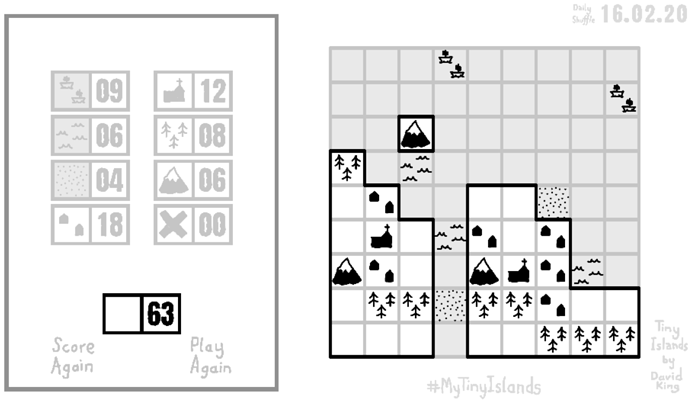 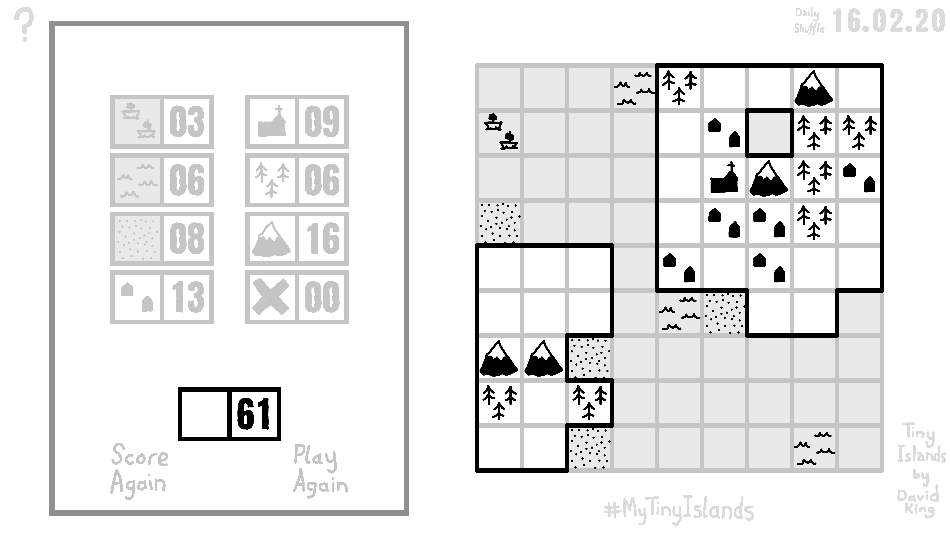 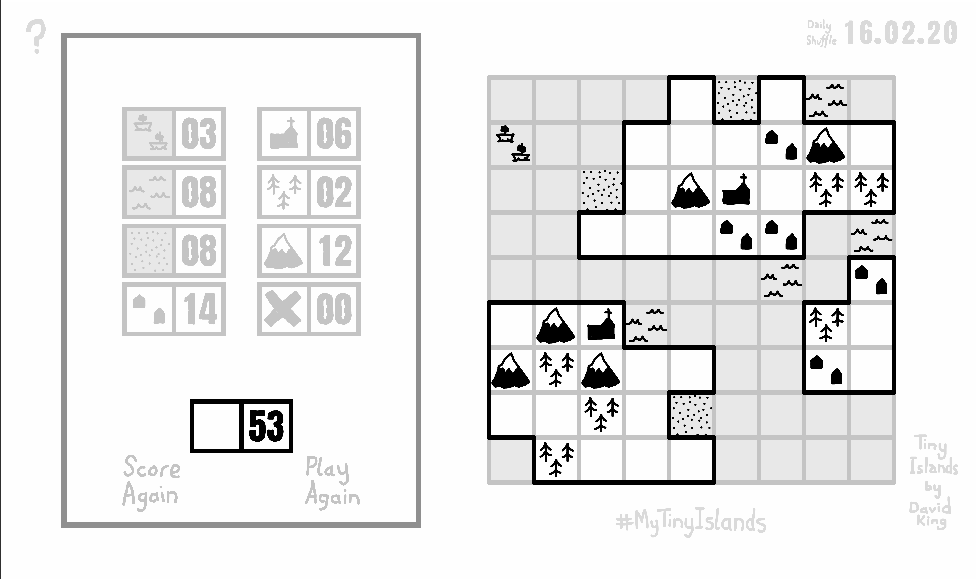 I always seem to make just 2 islands, and then throw in an empty one at the end. 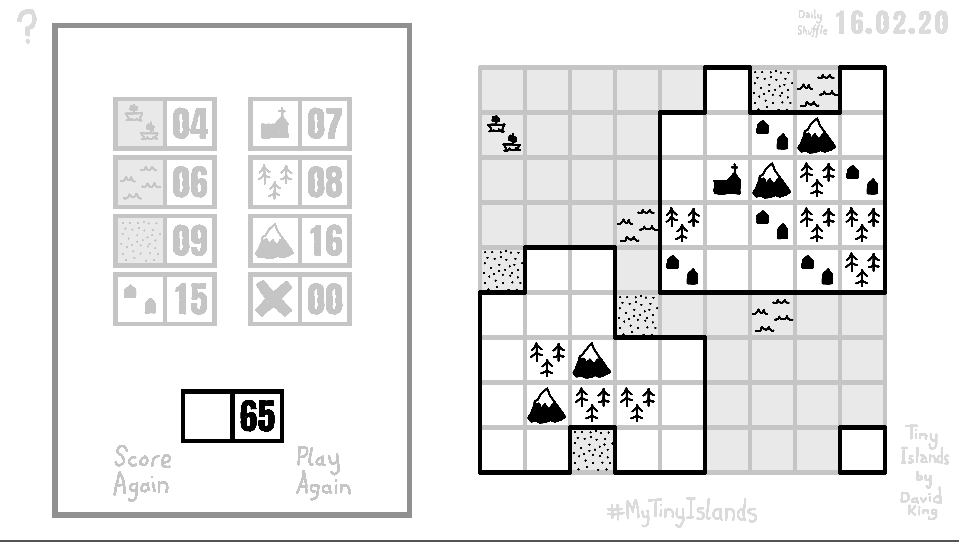 That’s me most of the time, too.