Ew. An embarrassing 49 today. Good on you guys. 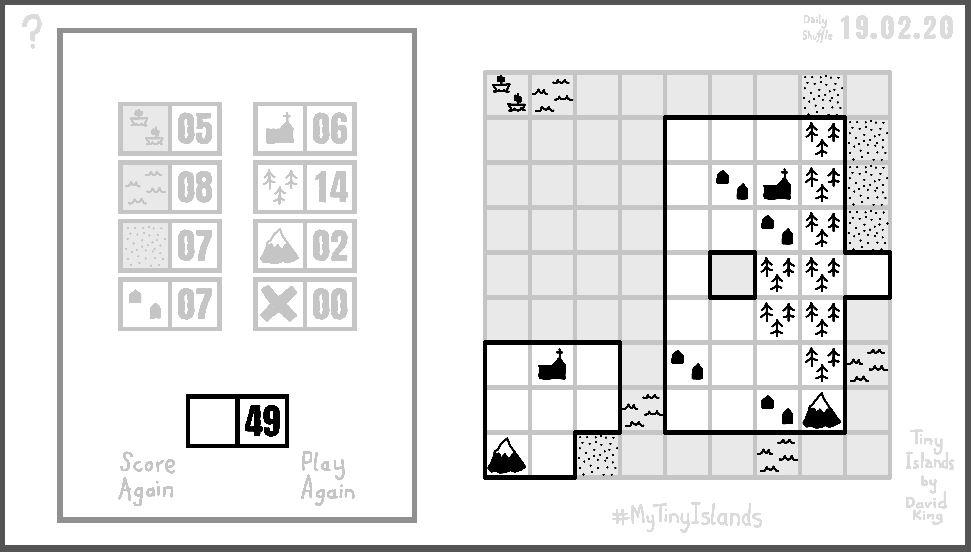 I think I’m getting worse at this game. 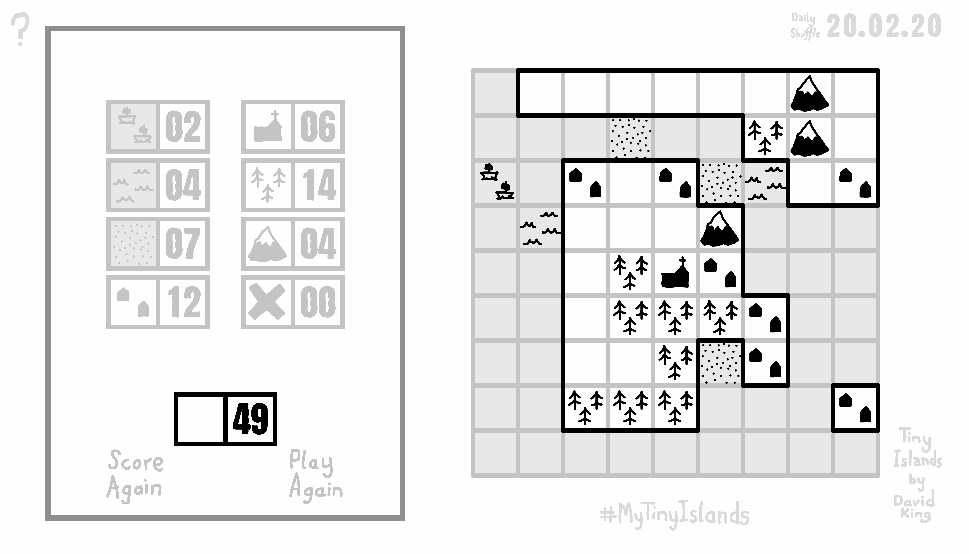 The randomness makes it really tough to be consistent, but this seems pretty close to my average. 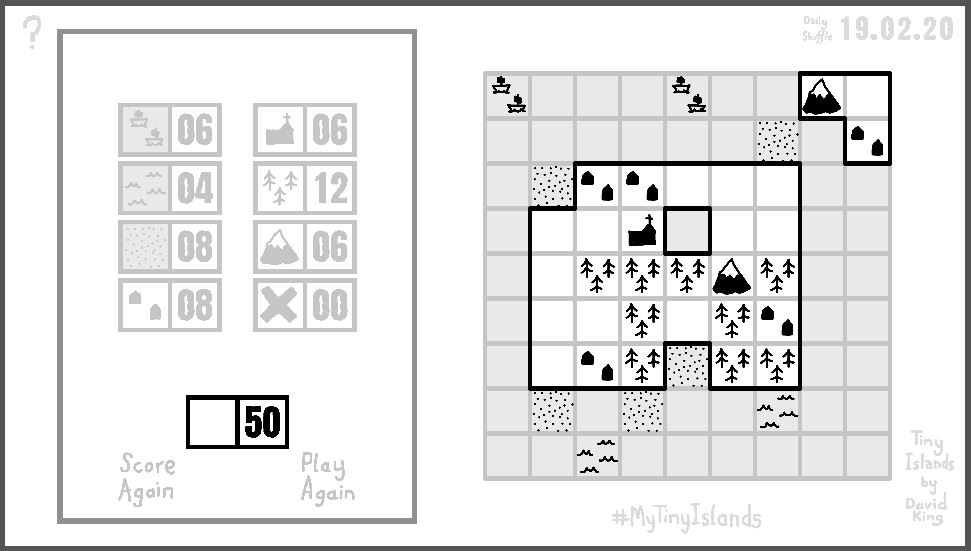 Realized after the fact that I could have used my final island to pick up one more point with a beach instead placing a random lake for no reason. 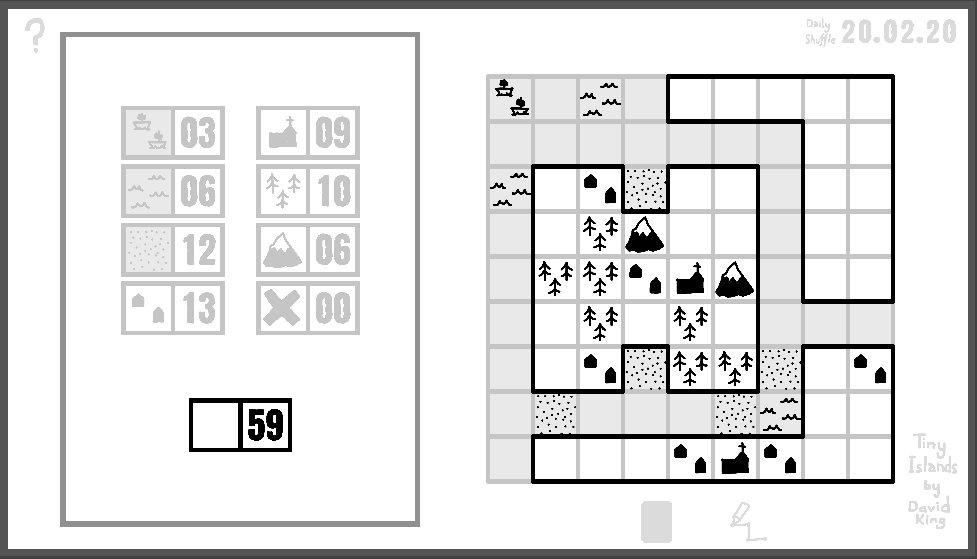 Managed to break 60 again today… barely. This one seemed a bit all over the place with choices, and I think it was easy to make wrong decisions. I think I got lucky. 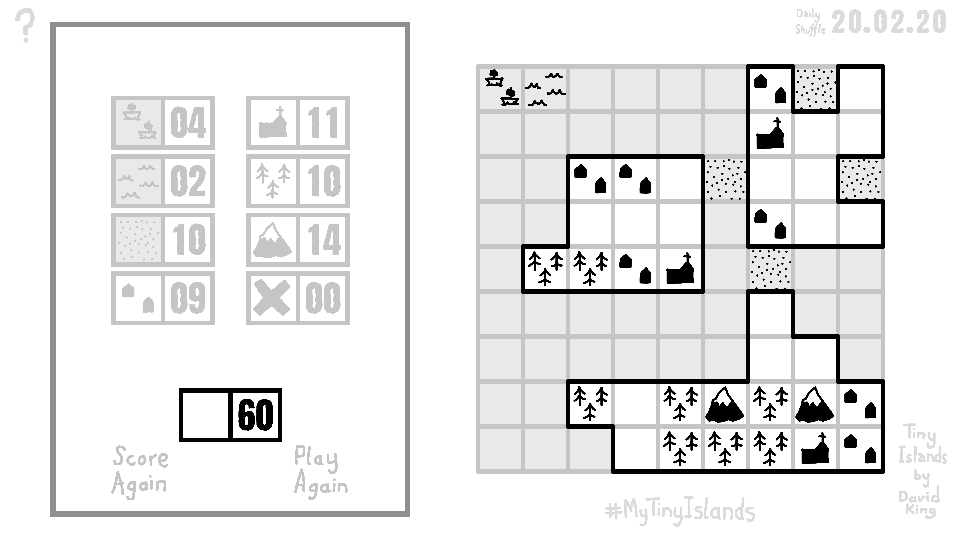 Okay, I’m gonna ask a dumb question that I should probably know the answer to, but don’t:

When you choose card A over card B, should you expect card B to come back around? Do you eventually play every card but 1, or do cards you reject never come back? (I think it’s more the latter, or some mix of the two, but I haven’t been able to pin it down.)

I’ve never thought about it, but my assumption has always been the two cards you’re offered are random, and the one you don’t pick is discarded. Which isn’t to say that the same card may not come up again later, but if it does, it was because it was generated at random, and not because it was one you discarded previously.

I have zero evidence that this is the case, just that it’s what I’ve always assumed, so when I pick a card, it’s solely based on which one is most beneficial at that moment.

Okay. And that’s how I usually roll, and it seems like I’ve often passed on, like, a church because I’ve already got one on each island, and it’s never forced me to build a third. So I think that’s right. I’ve just heard the comment that playing it a second time gives you more “familiarity with the deck,” and I started to wonder if there was some consistency that I hadn’t noticed.

I think the “familiarity with the deck” comment refers specifically to the daily, where presumably the two cards offered each turn are the same for everyone, thus being able to compete for high scores given the same cards. So repeated runs of the daily will allow you to know what’s coming up in future turns.

The random shuffle isn’t something that would work with, obviously.

Oh sure, and I get that. I have attempted the daily more than once a few times, but I’ve never felt like the second time I had a much better idea what was coming than I did the first time. :-)

The question I have is whether for dailies and randoms the deck of options is identical. I.e., Are there the same number of mountains, churches, etc. in every game, and same with the placement cards (rows, columns, and squares). Seems like shuffling those up would still provide enough variability. But I haven’t bothered to try counting.

My assumption has always been that everyone gets the same choices for dailies. But then, I never knew if a draw you got later on was determined by what you selected early – ie, is your 15th draw the choices you didn’t pick from 1 and 2? I don’t THINK so, at this point, but I’ve never been sure.

Yeah, I presume the Daily is the same cards shuffled the same way every time. But my question is whether every game of any kind has the exact same deck contents and the only thing that’s different is the shuffle.

I think it’s different each day. Some days I definitely see more churches than others. I can’t say for sure about anything else though.

Not sure the womp womp is warranted. I feel like 57 is a pretty decent score ever since the scoring changes, hehe. 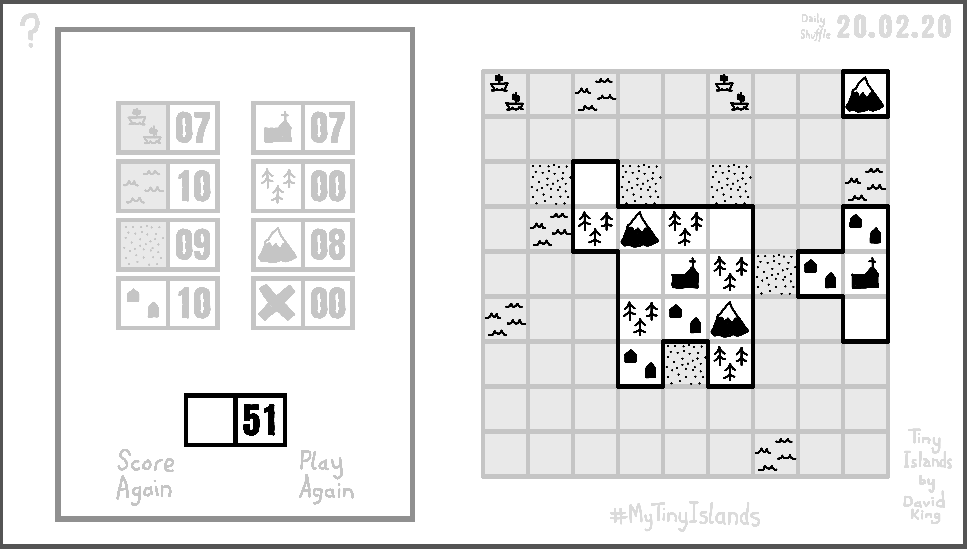 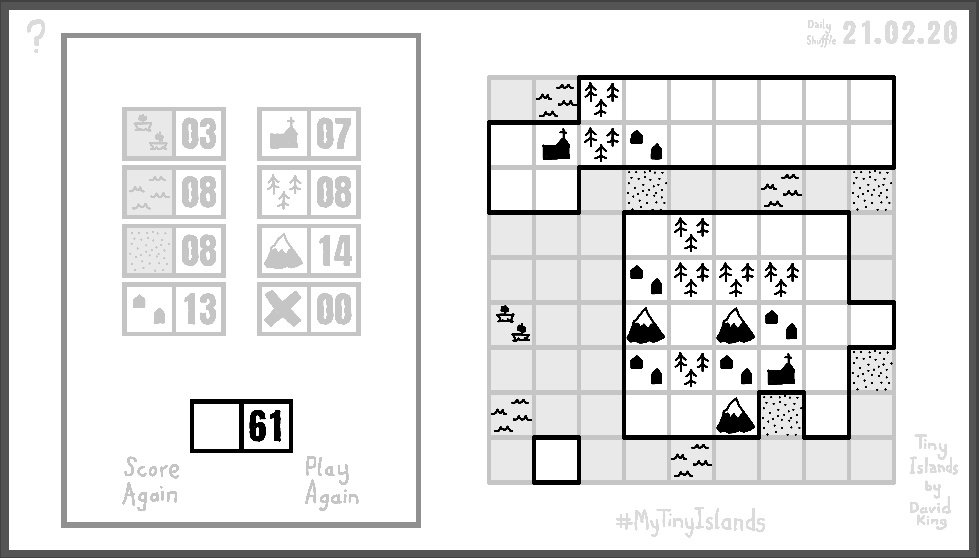 63 today, to my surprise. It was a bit touch and go early on, I was less than impressed with my choices, but managed to turn it around near the end. 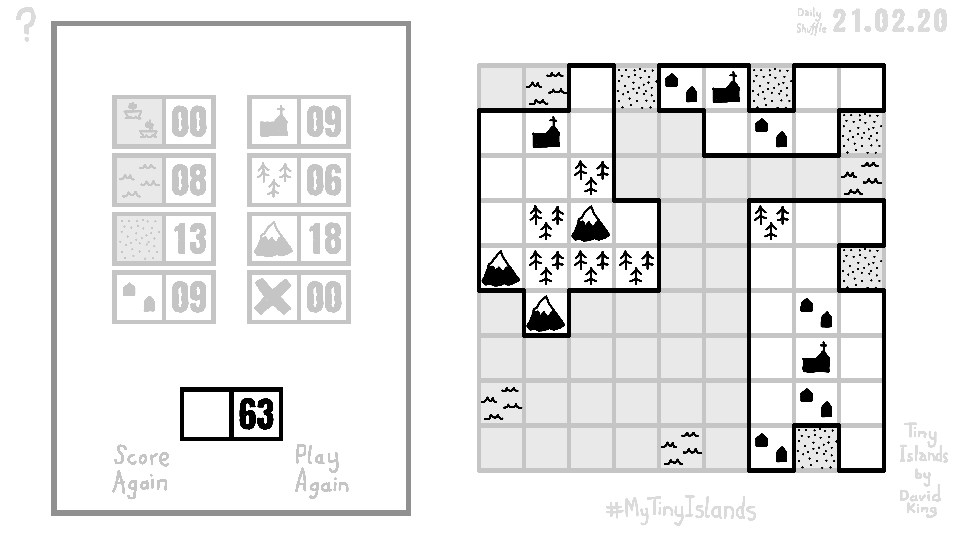 Good day for me, also! 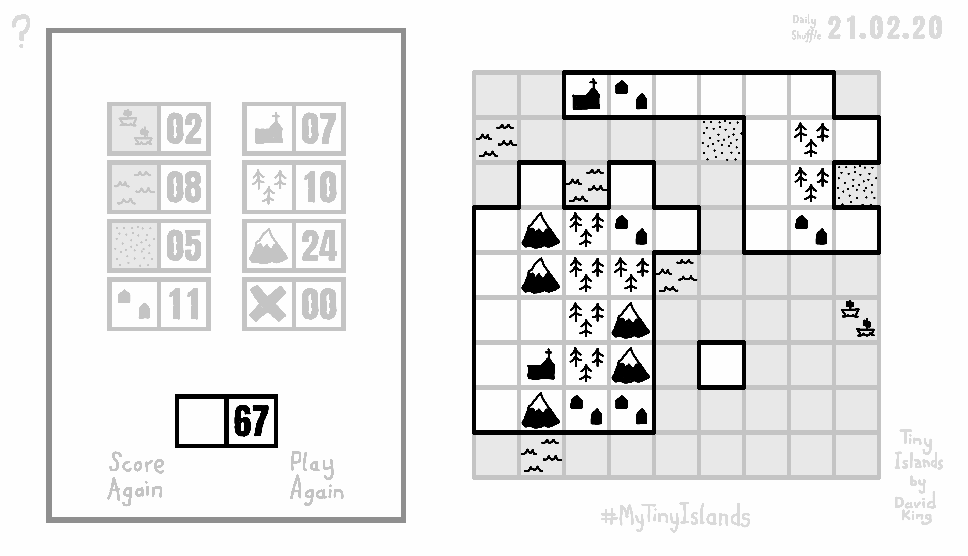