Titanfall 2 - Maybe this time it will retain players?

We knew it was coming. Looks like it will be shown off at the EA Play event on June 12th. 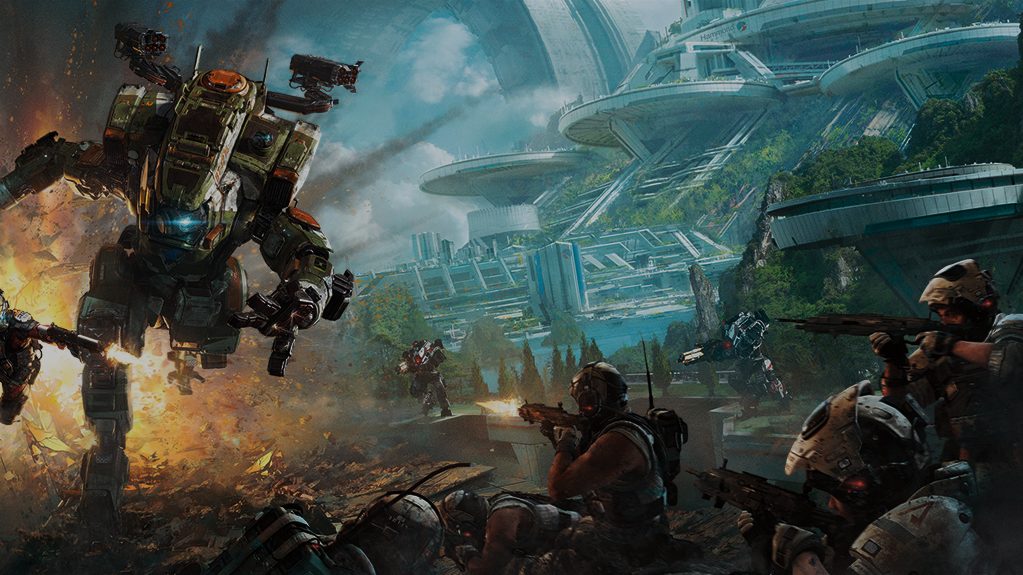 Titanfall 2 - The Epic Sequel to the Genre-Redefining Titanfall - Electronic...

From Respawn Entertainment, makers of the award-winning Titanfall, comes Titanfall 2. Discover what awaits you on the Frontier.

Remember, this one will be available on PS4, Xbox One, and PC.

Will this one have single player capabilities, one hopes?

Maybe. There have been rumors that Respawn and EA are keen to correct the criticisms of Titanfall. One of the big ones was that the campaign game was pretty terrible, and more damningly, later updates effectively killed a new player’s chances of ever being able to play it.

That said, in this era of Battlefront, Rainbow Six Siege, and Overwatch, maybe it’s not really something they should bother with at all? People seem to be fine now with paying AAA prices for an online only MP shooter.

Do those games like Siege and such offer enough for the solo player to play whenever they wish?

Do those games like Siege and such offer enough for the solo player to play whenever they wish?

There’s no offline play, nor can you play an online “skirmish” against AI bots. You have to play online MP against humans. (There are AI bots, but they’re like creeps in MOBAs that you farm.)

Maps have to be free or it will split the PC community and kill it on that platform. The player base for Titanfall 1 was so small by the time the DLC maps came out, they were pretty much ghost towns. Will they be able to do that and still offer other kinds of worthwhile DLC? Doubtful.

Loved the first one so much. It is up there with PvZ Garden Warfare and Splatoon for top three shooters this generation. Amazing gameplay, and I never understood why it didn’t retain numbers early on (before dlc split playerbase muckups), other than people starving for a grind.

I loved Titanfall as well. I thought it did some really smart things that in hindsight seem pretty bang-on as far as how the industry went.

Also I thought the Smart Pistol was an elegant way to bring shooter newbs into the MP game that allowed them to be “awesome” against bots but still rewarded skill over spamming in human vs human engagements.

There’s no offline play, nor can you play an online “skirmish” against AI bots. You have to play online MP against humans. (There are AI bots, but they’re like creeps in MOBAs that you farm.)

Yeah, I mean lone-wolfing. I’m fine with an MP game if I can just do my own thing in it, like Elder Scrolls Online for example.

I really enjoyed the Horde mode they added on later. The game was fun, they just seemed focused on adding maps… and no new weapons, no new mechs… no new story bits.

I liked the game a lot, but they left it feeling pretty bare bones in the end.

I think it’s just because I’m old now, but I really dislike this aspect of the newest COD games.

I really loved the old CoD’s. But once it got too futuristic, it lost some element of the magic for me.

Titanfall was ok but my tastes have evolved in recent years.

Once the spectacle of the titan drops and combat wore off Titanfall felt too arcadey and spammy to me. I prefer high lethality and more tactical shooters though.

I enjoyed Titanfall for about a month then just stopped coming back (which seemed to happen to most of the community).

That was my problem with the game. It was really fun, the combat felt really fresh due to the verticality of the levels. The titans felt huge and dangerous for people on the ground. The creeps/NPCs made for keeping the game interesting on the maps, with plenty of targets to shoot.

But there just wasn’t a large amount of content. The unlockables weren’t there for me, the PC community was small, and I really don’t like burn cards. I REALLY don’t like them. I end up just never using them, for fear of running out.

Maybe this one won’t fail like Evolve, Titanfall and Brink did.

Sent from my iPhone using Tapatalk

Well, I would argue that out of those three, there’s a pretty big difference already between Titanfall and the other two. The existence of this very thread is testament to that.

I think The Division-formula is pretty good, maybe they could copy from that.

Brink’s follow up of sorts is Dirty Bomb, which is actually pretty fun. :P

Yea, Enjoyed Dirty bomb when I played it. The gunplay, maps, objectives and classes was smooth. The only thing I didn’t like was how hard it was to get higher tier cards :)

I think The Division-formula is pretty good, maybe they could copy from that.

Yeah, Destiny and The Division’s formula of an MMO shooter is quite enjoyable. Especially if you like the core gameplay. And the core gameplay in Titanfall was excellent. I loved the parkour, the shooting, and the mech fighting. If they can put that package in a Destiny/Division-like structure and give us a great excuse to experience that core gameplay over and over, that would be aces.

If they can put that package in a Destiny/Division-like structure and give us a great excuse to experience that core gameplay over and over, that would be aces.

But I guess I am in the shrinking minority in that.