Creative Assembly has announced Total War Saga, a spin-off series for more focused games about specific conflicts. Total War Saga games won’t cover new eras. Instead, the games will use assets featured in past titles like Rome or Empire, but they will drill down to an historical campaign. You’ll still have the grand strategic map and the real-time tactical battles. You’ll just be chasing a goal. Director Jack Lusted pointed to the Total War: Shogun 2 – Fall of the Samurai standalone expansion and its depiction of the Boshin War as an example.

This is a companion discussion topic for the original entry at http://www.quartertothree.com/fp/2017/07/05/total-war-saga-creative-assemblys-bite-sized-take-history/
CraigM July 5, 2017, 3:05pm #2

Interesting, I’m curious how this will really diverge from the regular TW games. And having the follow up to Rome 2, wouldn’t that be Attila? What other follow up are they doing?

So Caesar in Gaul etc but standalone?

I can get behind that.

Honestly, the past few historical Total War games were outdone by their respective standalone expansions. If the Saga games are going to be like Attila, Napoleon, and Fall of the Samurai, then I’ll take it.

Honestly, the past few historical Total War games were outdone by their respective standalone expansions. If the Saga games are going to be like Attila, Napoleon, and Fall of the Samurai, then I’ll take it.

Napoleon is my favorite in the series. I would 100% endorse more Attilas and Napoleons.

Can the world even handle any more Total War?

Anyway, this seems like a great way to reuse assets and reach a different market (those of us with less time and patience for a new buggy grand campaign game).

Whew I am just glad they weren’t gonna focus whole hog on Warhammer (which is great but…). That game pulled a lot of people into Total War, though I believe Atilla is the best. BTW if you noticed from the other thread, and consistent with this announcement, Rome 2’s mini-campaign Caesar in Gaul is very very good.

Any guess on the era’s they might get into?

Attila isn’t really a focused campaign though, and I agree completely - its the very best of Total War games. I’d LOVE more of that, optimized to hell though, because Attila takes 2 minutes per turn after a while, while Warhammer is smooth as silken butter.

Agreed on both points. Attila was sprawling. Heck even its DLC campaign packs were large.

As an example of a more directed campaign pack, I really liked that new dwarven one in W:TW where you start on the west side of the map. That one, and some of the other DLC had some focused goals and some interesting mechanics.

Wish they would have hinted at their eras of interest. They mention Fall of the Samuari (again not a small DLC really, but certainly more focused). Maybe more modern eras? Does the Warhammer engine start to break down in modern eras?

Does the Warhammer engine start to break down in modern eras?

The most “modern” era covered was the Napoleonic Wars. I don’t think their engine would work for anything but battles with line and column formations and regimental orders. It already breaks down pretty badly in small unit skirmishes.

Does the Warhammer engine start to break down in modern eras?

The most “modern” era covered was the Napoleonic Wars. I don’t think their engine would work for anything but battles with line and column formations and regimental orders. It already breaks down pretty badly in small unit skirmishes.

It works in Napoleon because of a few things. One is that the game is almost entirely gunpowder based. Sure there are a few cavalry units like heavy dragoons, that are sabre based, but mostly it is ranged fire. This keeps it from breaking I think. Even Medieval 2, which I love, has a weird thing with gunpowder. Early units are crap except as siege engines, late ones become ridiculous.

Certainly the fact of the tactics of Napoleonics helps, as you point out. Gunpowder worked better than it ever had in that game. It also made units with more accurate longer range rifles really powerful, which felt good. A quality group of skirmishers could dole out the pain.

I’ve already seen this pop up comparing the background shot to the coast of Ireland - a British Isles campaign around Alfred the Great?

Actually recall, the most modern era CA ever put out with the actual campaign they mentioned: The Japanese Boshin War. Which means Franco-Prussian war, maybe even Spanish-American. I never played that Last Samurai Campaign to completeness, but I think it had gatling guns and howitzers. And torpedo boats! And Civil War? But we have a great game by a modder on that already…

Anyways I hope they don’t go modern. I wouldn’t even mind a sorta heroic Troy-Homeric campaign.

BTW I agree with Medieval 2 gunpowder. That was cool in limited amounts but wonky in the end. I need to play Napoleon some more.

I have to say… i’m not feeling this one from what i’ve seen of Youtube Let’s Plays.

Hearing of the “Saga” series i had hoped that what these games would be was scaled back historical titles. Shorter campaigns, smaller maps, fewer but more meaningful battles, cheaper price. If they need to build it on an old engine to make that possible well, go ahead, the engines they have work well enough.

That’s not Thrones of Britannia seems to be. At all.

It’s built on the Attila engine so instead of being heavily modded, it is Attila. So you have no shield wall battles. You have giant sieges of “fortified Anglo-Saxon settlements” with giant siege towers and battering rams. You still have archer-cav-infantry, although the cav and archers are much weakened.

But worst of all… and it’s the most petty thing possible… i can’t stand the names or the variety on the campaign map. Sure there were lots of petty kingdoms on the edges, but one of the reasons Æthestan was able to unite the island as something like England is because there was no longer any significant organized political entities besides Wessex. All those petty kingdoms (aside from the Welsh and Scottish ones) were subsumed in war, collapse, and Scandinavian invasions.

So instead the map starts out with dozens of independent settlements. Why?? I don’t want to play Anglo-Saxon Pokémon.

And to top it off everything is named so weird. Honestly i don’t care that Wessex wasn’t actually named Wessex in real life. I don’t want to play with Northumbyre or West Seaxe or Mierce. Just give me the Heptarchy and some Vikings to stab. Not another sprawling, siege-y, takes dozens of hours to complete campaign. It almost feels like they’re trying to “flesh out the bones” of an otherwise mediocre campaign by making it “sound” authentic.

I will say the artistic content in Thrones looks great, and i almost feel what Thrones really is, is CA giving their art team their own game to work on. Like, the actually programming side of things, how things work on a fundamental level - the seeming disinterest in capturing traditionally ascribed elements of Anglo-Saxon/Viking warfare - is neither something they have the authority or ability to change. But boy can they make a bunch of pretty terrain, units, and incidental historically inspired artwork.

CA is solidly wait and see for me. 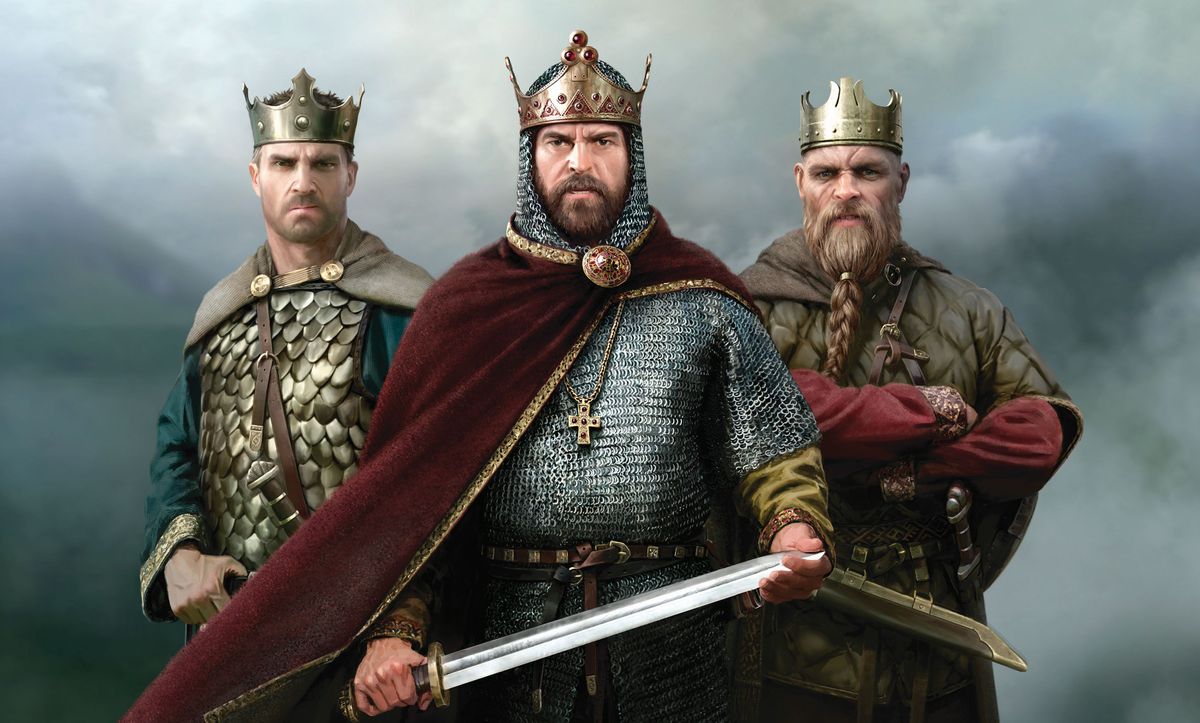 I wish I were more excited about this one. I am an old Total War (horse) but after seeing what they did with Warhammer 2, looking at guys in rusty celtic armor trying to eek out a medieval kingdom in the dark ages (as opposed to a high elven phalanx campaign where every battle looks like the first 8 minutes of fellowship of the ring) is NOT easy.

That said you gotta hand it to CA: They continue to improve, they have stuck to historical roots, and they aren’t afraid to take a chance.

Oh btw : First day purchase. There are a LOT of new systems in this one it seems.

I’m not getting it yet since I do t have time to play, but I’m interested in your take about sieges in this one. Apparently they have “fixed” them for sure this time, but I haven’t read anything specific.

Apparently they have “fixed” them for sure this time, but I haven’t read anything specific.

I read that the pathfinding is still bad, but what they did was widen all the avenues in settlements so the AI isn’t as bad. Plus I think every major settlement got a bespoke map.

I’m tempted by this but will wait a week or two. All the reviews i have read seem to say one step forwards and 2 steps back.