YouTuber who goes by the name (for whatever reason) milkandcookiestw

I have no answers for any of the above.

But his video is pretty good for some lore/thoughts: 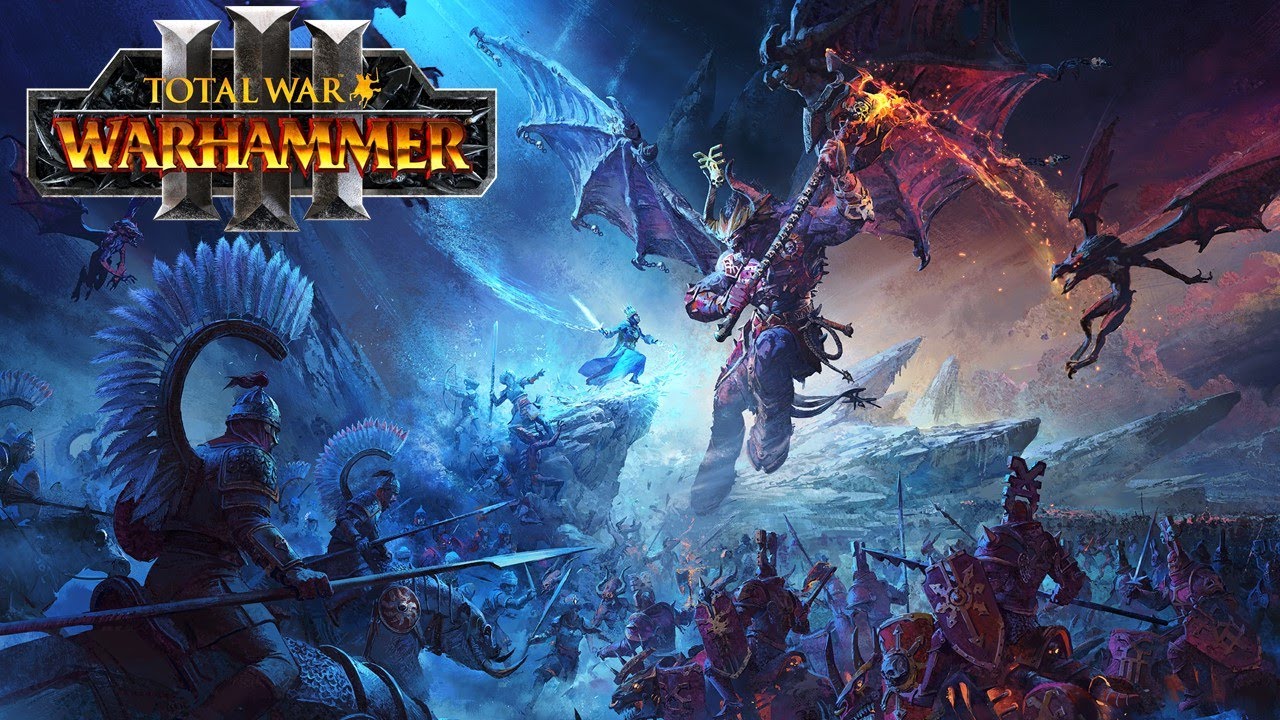 It’s pretty much exactly what the YouTuber who goes by the name (for whatever reason) milkandcookiestw predicted well over a year ago.

If/when Total War ever goes into the Age of Sigmar, i suppose it will be a new franchise. Curse you Creative Assembly, my long bet on the theme of War 3 has been beaten! (/turns to Tzeentch)

I know nothing about Warhammer lore. What is Age of Sigmar?

What is Age of Sigmar?

So they literally destroyed it and replaced it with Age of Sigmar which they could copyright more stuff for. And add space marines to.

Then CA makes TWW and now they’re bringing back the Old World, though the details are still unknown about it.

I’m not really invested in Games Workshop minis or lore, but basically it’s a reboot of the “fantasy” (swords and castles) Warhammer setting with a bunch of races renamed to be copywrite-able, rather than just Tolkien knock offs, and introducing basically Space Marines on Horses.

At first it was a pretty terrible cash grab (the basic same stuff, but renamed) but like all these corporate worlds handled over years by many different hands, eventually it stretched out into its own and has evolved into a different setting.

But basically the map we’re playing on is gone, there’s a new world, and there’s a lot more mix and match in the races. So humans and dwarves and elves might all be in the same army (of course they’re not called dwarves or elves now).

But basically the map we’re playing on is gone, there’s a new world, and there’s a lot more mix and match in the races. So humans and dwarves and elves might all be in the same army.

Wait what? We don’t have the big map we’ve grown to love over the past 7 years? If so, this is incredibly disappointing as I wanted Mortal Empires to continue to expand.

Not in Warhammer 3, the Age of Sigmar setting.

Wait what? We don’t have the big map we’ve grown to love over the past 7 years? If so, this is incredibly disappointing as I wanted Mortal Empires to expand.

TWW3 wont be Age of Sigmar.

So we’ll get a big map. A really, really big map.

Edit: The memes have begun. 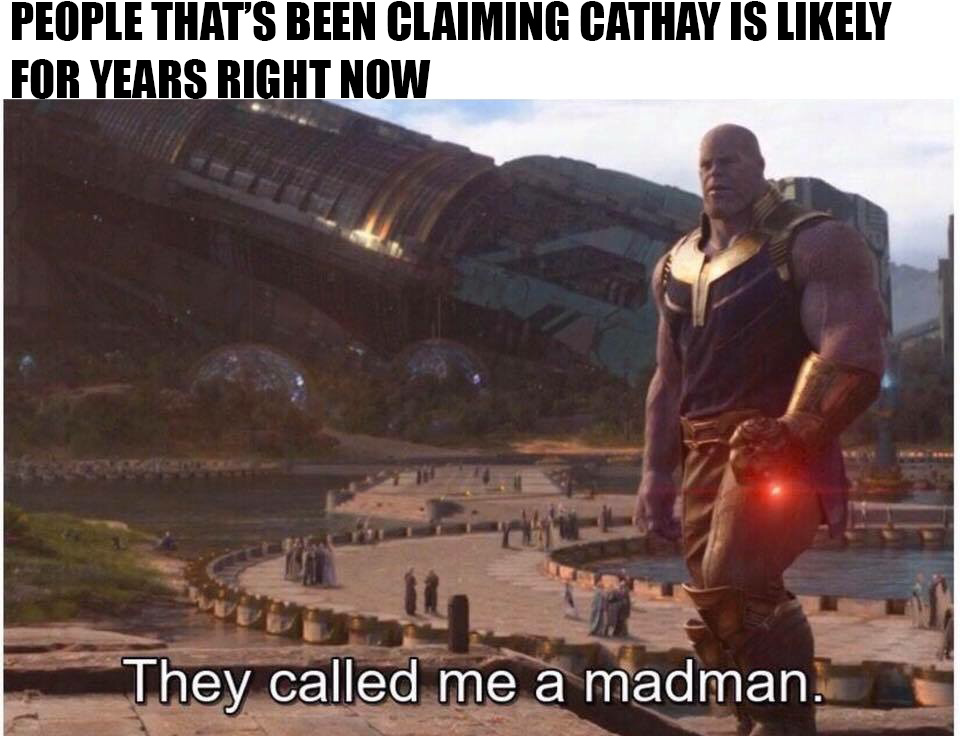 You know at some point i’m going to have to watch this Thanos movie to see wth the meme is all about. I know the character just from all the memes.

All I want is a Total Warhammer game on Xbox. Is that too much to ask?

Is it confirmed that they will have a gigantic campaign that combines all your WH1 and WH2 races into this?

Yea, they mention it in the FAQ. Whether it will be available day 1 is not known. If I remember correctly Mortal Empires was a few weeks or maybe even a month or so after Warhammer 2 released.

But there will definitely be a mega-map at some point.

So what will be in this that couldn’t have been a TW2 expansion?

Whether it will be available day 1 is not known.

The FAQ seemed to imply that it wouldn’t be. Probably a similar scenario to how ME rolled out if I had to guess.
Basically a big patch about a month later that allows it.

Here’s the FAQ, in case anyone else was like me and had to search for it. 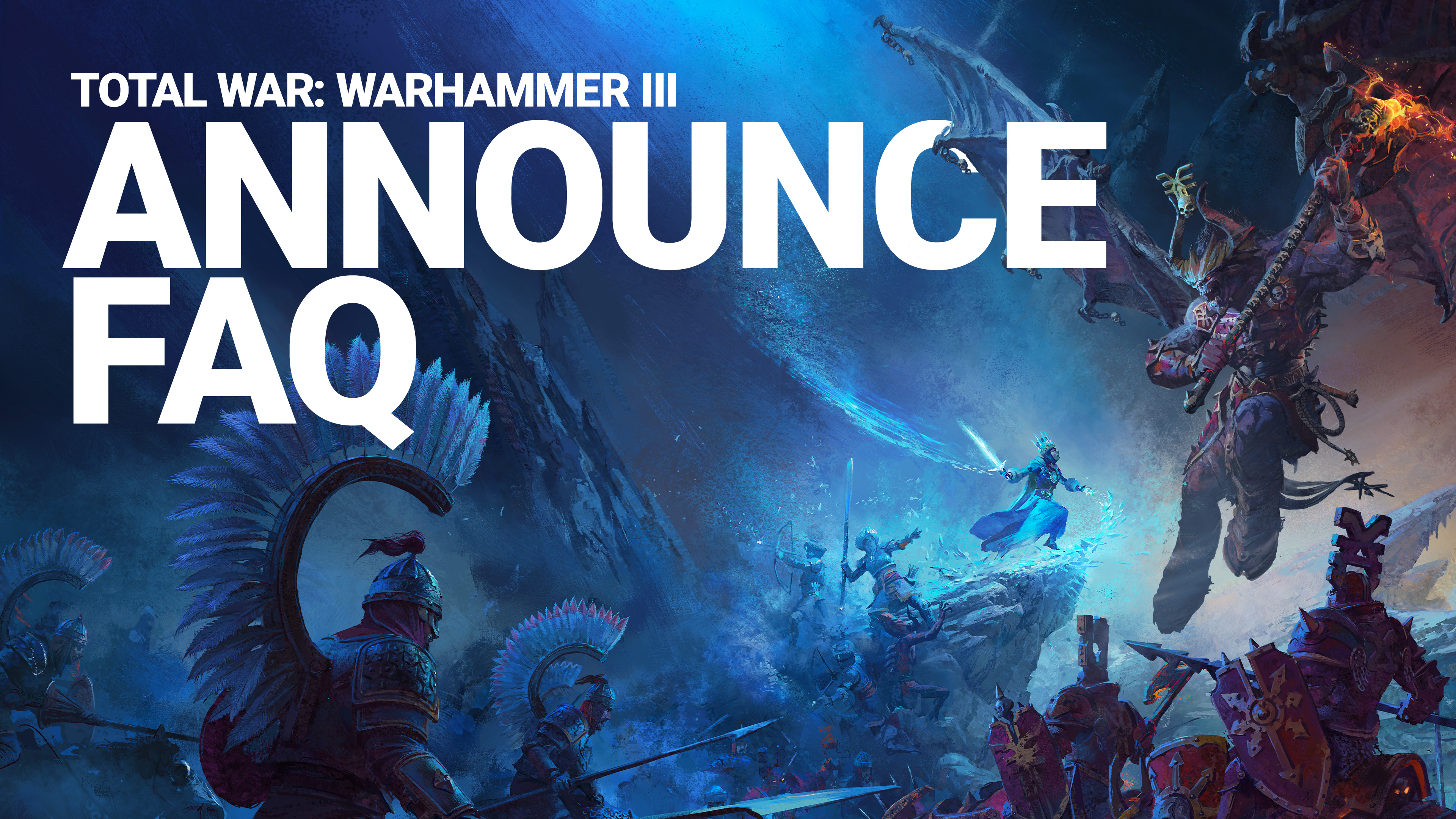 **### WILL THERE BE A COMBINED MAP FOR OWNERS OF ALL THREE GAMES?

**Yes, though currently our focus is on Total War: WARHAMMER III.

**We will release a massive combined map that will be a huge free DLC for owners of all three games, and we’ll have more detail later.

**Note that you will need to own all three parts of the trilogy through a single store front in order to claim this free DLC. Please see above for details.

Wait a sec, is the name of their Japan-analogue actually Nippon?

I don’t think anyone was ever going to accuse them of suffering from a surfeit of creativity, but surely we can all be a little less lazy than that?

Warhammer fantasy is imho some of the worst there is.

OTOH would another IP have been so successfully turned into a total war game?

Warhammer fantasy is imho some of the worst there is.

OTOH would another IP have been so successfully turned into a total war game?

Probably not! This unholy marriage of WHFB and Total War really is a perfect fit. The lore does exactly what it needs to, and no more: give an excuse for any two factions to fight each other, and provide a variety of different troop types. The scale of the lore is also just right, both in terms of the number of factions, number of heroes, even the number of troops in a battle. (Granted the video game scales the last up by like x5 or x10, but it’s basically right.)

Really, the design goals of the WHFB lore (sell a variety of overpriced models by giving them variety and a way to throw dice at each other) dovetail so nicely with what TW needs that it’s not at all surprising that CA can just run this printing press of money and essentially recapitulate what GW has done over the last 30 years, but because it’s digital, it only takes 5.

Assuming it’s similar to the leap from War1 to War2, this should be a significant jump in tech and story telling, production values and the like, but also each of the factions (6, if I remember what I read earlier in the other thread) will be all new or all different than they have been previously (especially in the case of Chaos), an entirely different campaign (no Vortex campaign - hell it sounds like an entirely different map from the other conversations going on here), as well as lots of mechanical changes and updates. This isn’t going to be an expansion, any more than Warhammer 2 was over the first.

I don’t know the exact details of the End Times event storyline but i imagine the campaign will be something like the Nothing from Neverending Story eating the map ie, once a region is “destroyed”, it won’t just be burned but able to be resettled, it will probably be completely gone from play, maybe even an almost “Battle Royale” feel as the world shrinks to a handful of cities.