I can’t imagine too many folks that would be reading this thread need this, but just in case: 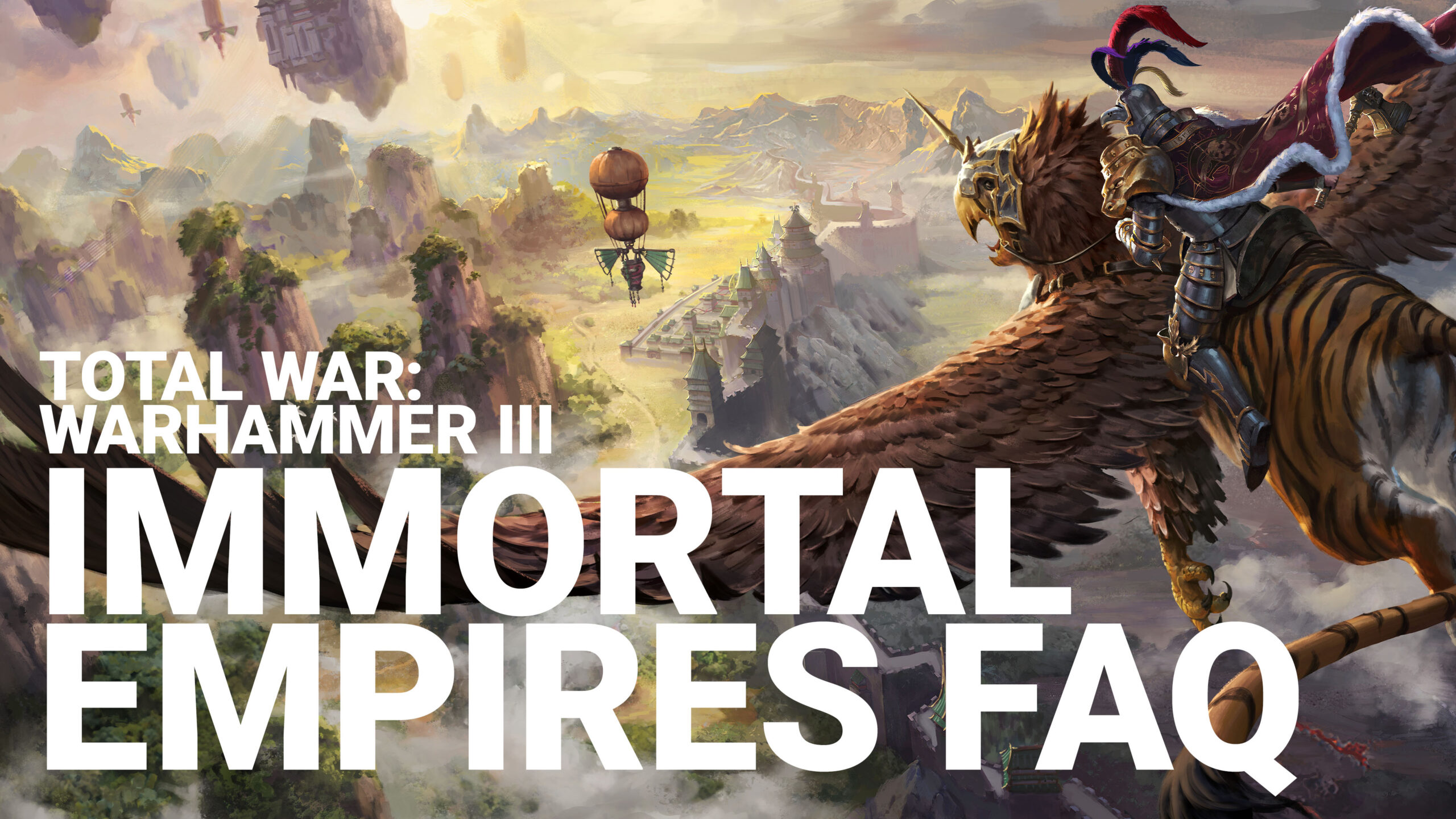 Welcome to the FAQ for the Immortal Empires release (Update 2.0.0) for Total War: WARHAMMER III. Here, you'll find a hefty amount of information and answers to important questions regarding the release of the new game mode.

EDIT: I did learn that this all seems to be happening at 7am PDT (9am CDT), and that the installation size was actually reduced from 120GB to 104GB.

I know at least one person that’s going to be diving into Warhammer 3 for the first time with the launch of Immortal Empires, so it seems likely there will be others in the same boat coming to this thread looking for tips and tricks.

Here is my personal favorite video on this - it’s only 15 minutes, and the best way to get the most out of this, imo. 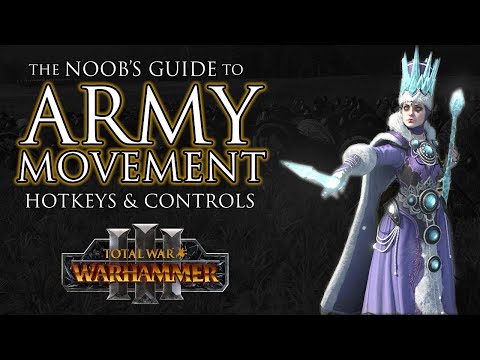 Me LOL. Although is this your friend’s first foray into any Warhammer Total War game?

No, he played a little after Warhammer 2 had been out for a bit in brief, and I likely recommended the equivalent video for Warhammer 2 at that time. It’s one of those things that helps to really demystify the game, knowing the simple basics and a few advanced ways to command your units. It makes a huge difference between “I am overwhelmed” and “this is amazing”, at least it did for me, back when Warhammer 1 was the game of the moment.

Immortal Empires out in only 16 hours! I am more hyped now than I was the day before the release of Warhammer 3 itself (hopefully with good cause).

Does anyone know if Immortal Empires is going to change the frequency of settlement battles at all?

Here are some impressions from RPS: Total War: Warhammer 3 Immortal Empires is an impressive achievement in...

According to Zacny they’re worse than ever. CA have said they are trying to have more field battles though. 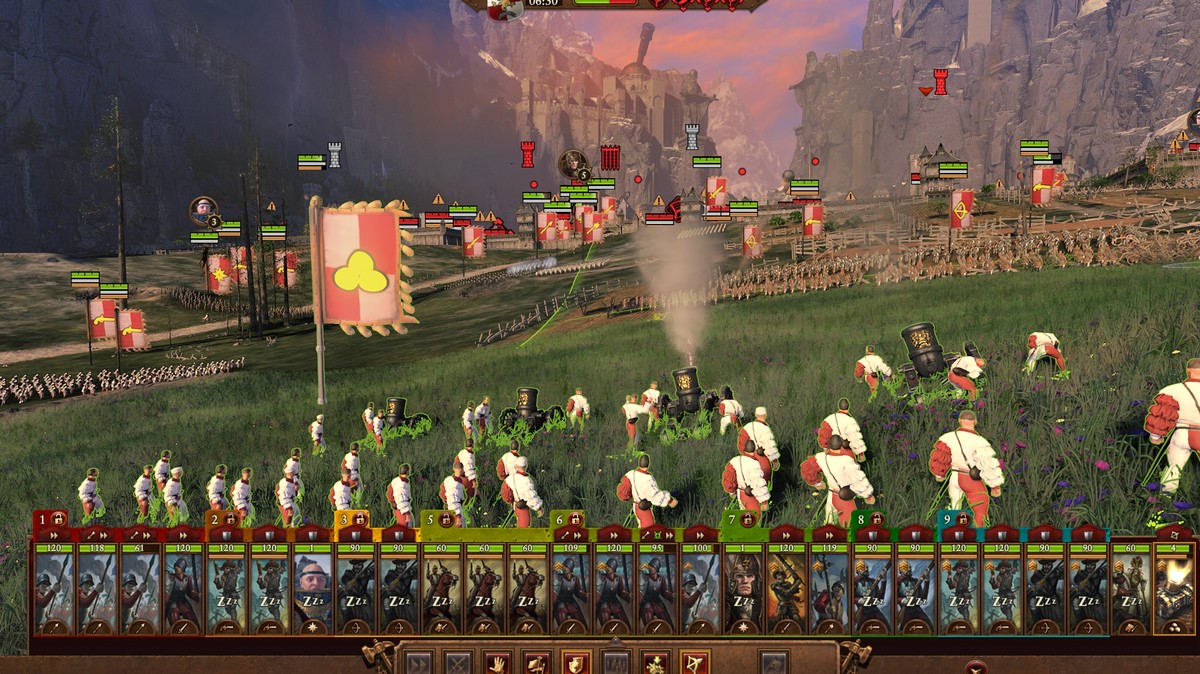 ‘Total War: Warhammer 3’ Has Everything You Want, and Some Old Flaws You Don't

I propose to move immediately off these works.

I can’t imagine too many folks that would be reading this thread need this, but just in case:

EDIT: I did learn that this all seems to be happening at 7am PDT (9am CDT), and that the installation size was actually reduced from 120GB to 104GB.

Crap, still no cross ownership, which kind of sucks because 3 is on gamepass PC… (my other two are in steam, of course…)

According to Zacny they’re worse than ever. CA have said they are trying to have more field battles though.

Perhaps reports of an overly passive AI are exacerbating the issue as the player has to take the fight to AI’s settlements more often than they should be.

The gate issue, that he takes the second half of the article explaining, has never really bothered me in total war but maybe for more hardcore players it’s more of an issue.

I watched this video awhile ago (back in April) and thus its about the Realms of Chaos TW:3 campaign, but I don’t think they have changed much for Immortal Empires from what I have seen. Zerkovich had some great ideas for adjusting the sieges (such as only having the tower defense settlement situation if it was a Tier 3 settlement) but prepare for a lot of settlement battles (roughly 75% of all battles unfortunately).

I will say it makes it a hell of a lot easier to actually keep your territory but CA need to make some adjustments. 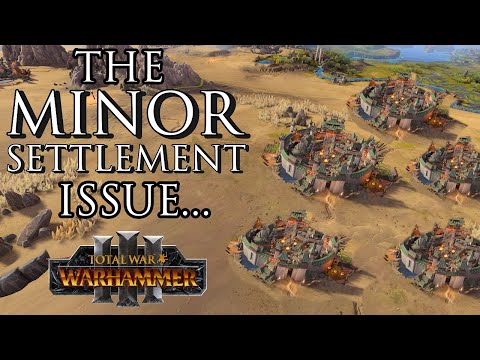 Just add a setting that gives you a “Sally Forth” button on the pre battle screen. Press that and you get a field battle, either attacking or defending.

Just add a setting that gives you a “Sally Forth” button on the pre battle screen. Press that and you get a field battle, either attacking or defending.

There’s a mod that makes the AI “sally forth” whenever you assault a minor settlement.

To be honest, I would probably prefer Warhammer 3 with zero minor settlement battles and 100% field battles or major sieges. The total war engine does not handle battles that are 100% through narrow alleyways in any way that resembles fun. 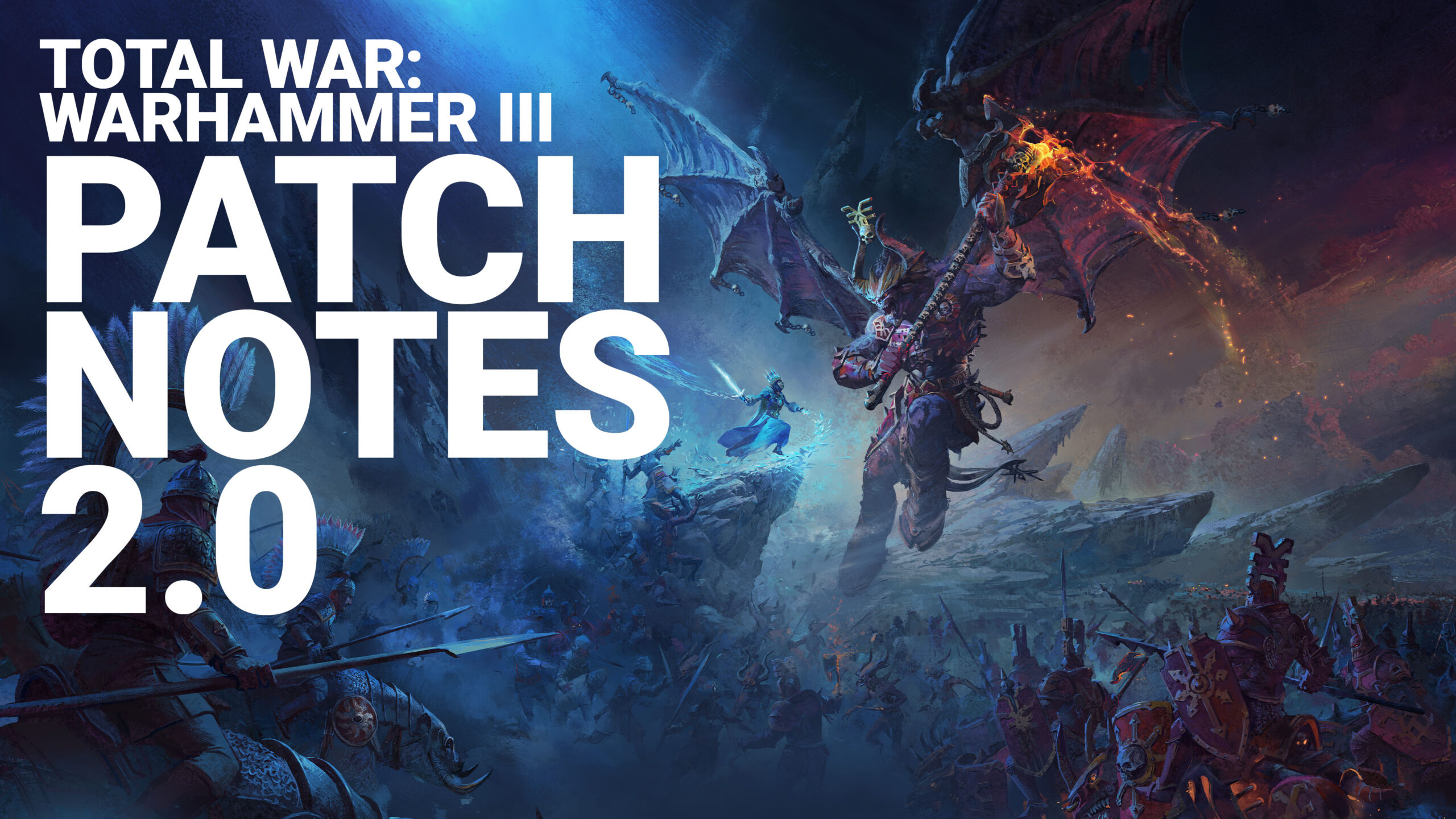 The much-anticipated Update 2.0 is here: introducing Immortal Empires, the Champions of Chaos, Blood for the Blood God, and more to Total War: WARHAMMER III!

To be honest, I would probably prefer Warhammer 3 with zero minor settlement battles and 100% field battles or major sieges. The total war engine does not handle battles that are 100% through narrow alleyways in any way that resembles fun.

Me too. I just don’t understand how the developers could not see how annoying they made it.

it’s cuz the devs spent thousands of hours on the settlement battles, its hard to admit it sucks and throw it all away. PLAY THE VISION.

These are some pretty great patch notes. I found this one worrying though:

A prevalent complaint from WARHAMMER II was that the AI would fail to use certain faction-specific advantages. We’ve now enabled the AI to use these, allowing them to play by similar rules as the player. We may expand these in future and are keen to hear your feedback on how it feels!

I really, really don’t want to face Ikit with his nuke lol

I missed this, but what a cool thing - and yeah, agreed, this is going to make some factions a little extra scary!

So I’m thinking what Immortal Empires faction to start with after work, and Imrik is looking pretty good. I’ve never played as him (though I have played the High Elves) but I found his start location in Mortal Empires scary (Eshin to the east, Malus to the south, and Grimgor out west) and dragons in general lackluster (except in autoresolve lol).

After watching some videos, his start in Immortal Empires is significantly easier (though I believe if they ever release Chaos Dwarfs they will be right on his doorstep) but more importantly, dragons are better!

From the patch notes:

The combat stats of all dragon units have been reworked so they can play a more significant role in battles. In WARHAMMER II , they were prone to getting stuck in infantry mobs where they would be unable to break free or repeatedly backstabbed for significant damage. While they will struggle to lift off when being chased by light, fast units, we’re adjusting their stats, attacks, and costs to help them deal with being mobbed by infantry units. You can find specifics about these changes in the respective sections for each race.

Zerkovich covered some of these changes in a video showing that dragon’s mass basically doubled and all the other goodies but its nice to have it confirmed by CA. 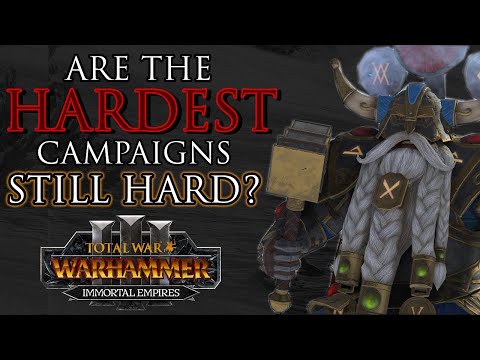 The new diplomacy options are useful. I am playing the vancouver dwarfs. I killed a rat. Then I fought Malekith. 3 battles later I am in Naggaroth. He sent 2 armies against a lonely region of mine. So I sold it to an ogre in exchange for a NAP and trade agreement. That’s one flank secured woot.

Border gore was an annoying feature of warhammer, so much that people used mods to enable region trading.

Does anyone know what is going on? I tried to google this, but could not find a solution.

Ok, I see them under warriors of chaos, but not as the normal chaos factions. I thought they could be played both ways.