I have just finished a Belegar campaign (long victory) and have played a few 20 turn campaigns, what I noticed was it seems like the “Aversion” faction modifier is strong. It also seems like there is a inverse “good guy” modifier in play. Humans, Dwarfs, and High Elves seem to get along swimmingly. Tomb Kings and Lizards seem fall into more neutral faction which seems to follow the “are you a primary threat” mechanic.

Bad guys = Greenskins, Rats, Vampires, Dark Elves and of course Chaos. The bad guys will always fight the good guys. The two campaigns mentioned above, Hexoatl and Imrik, start surrounded by bad guys on all sides.

I have found Hard/Normal to be my sweet spot for campaigns unless I need the Very Hard Achievement.

So I am playing Exiles of Khorne on the IE map and have completed my short and long campaign objectives despite not really grasping the faction mechanics until halfway through the game.
Cool.

Then the Vampire End Game Threat hits and I am intrigued to see that play out for the first time and keep going with the game.

A few observations on the endgame crisis factions: 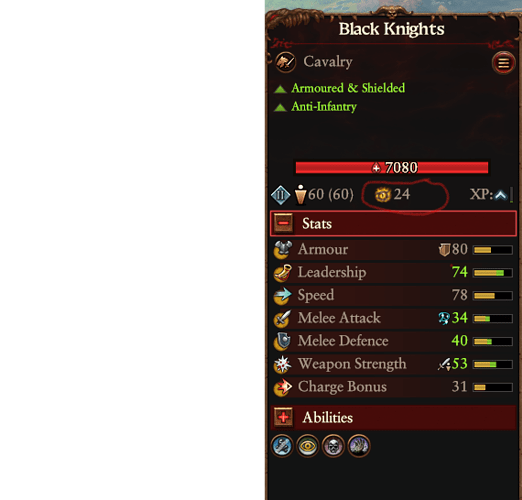 I was struggling in my Ogre campaign as I had a long corridor of territory stretching from the west coast to Cathay. I’m retreating in a mostly organized manner (taking out a couple of their armies in the process) after Mousillon and Barrow Legion exploded on that flank. Sylvania is getting busy with some dwarfs, but I’m sure I’ll be seeing them shortly. Blue Roses must be expanding elsewhere, because I haven’t seen their armies. Finally, I’m working on whatever the WH afro-vamps are called. Khemri is pretty strong around them, so I hope to get some help from them as they are my allies. They already blew one wonderful chance to team up on an isolated vamp army with me.

I switched things up and tried… Calidor? It’s a HIgh Elf near the ogres, dragon-themed. Sorry if I butchered the name. Anyway, right out the gate I have three skaven factions, a couple ogre factions, and some vampires all bearing down on me. Once more, I’m surrounded by armies on all sides and feel paralyzed because if I move west, they come in from the north and east. If I move east… you get the idea. Anyway, I was trying to get a break from “you start the game and now you’re assaulted from all sides” and ended up in another one of the same.

Ahahaha Imrik (Caledor) has the worst starts. The only thing I found that worked was to head south east and conquer the islands, and abandon your starting province. Weirdly it still took the AI about 15 turns to capture it all.

I’m finally getting the capacity to recruit my own dragons, so not far off Imrik’s army consisting solely of super cheap dragons and dragon princes, which is the entire point of playing Imrik in the first place :)

To be fair, this is 100% consistent with Warhammer lore.

Every time the ghost lizards declare war on me.

Given the faction’s whole thing is killing Chaos, that seems right tbh.

The whole point was that for the AI playing Tzinch, in every example I found, this does NOT happen. This is an example of anti-player bias.

I don’t think it may be anti player as much as a high bias against “threat” - threat seems to be whenever an empire gets large, the other AIs dislike them. It is a common anti-snowball mechanic we’re all familiar with even thought it is annoying.

That seems dubious at best. Again when is see the AI controlled Tzinch, its doing pretty well and not at war with the ghost lizards. Its possible I grow just a tad too much, but I really have my doubts about that.
Its not like they declare war on me when I have taken over half the desert. In fact, most times I have not even beaten red and orange lizards yet when the ghost guys declare war on me.

Yet AI Tzinch, has beaten both, and is well into the desert region, but it is somehow at peace with the remaining lizard folk. I have seen this 3 times with the AI Tzinch.

That seems dubious at best. Again when is see the AI controlled Tzinch, its doing pretty well and not at war with the ghost lizards. Its possible I grow just a tad too much, but I really have my doubts about that.

Aggravating and samey. I was playing with a friend last week who is new to the game and he made the observation/complaint about everything feeling the same in terms of a mad dash towards the player. That’s partly what prompted me to ask about any anti-player biases the AI might have, because I was trying starts that didn’t seem too bad (from watching the AI handle them at a distance) but when I played them it felt like a different story.

I still have tons of factions I haven’t played so we may have just hit a rough stretch. Sounds like I picked a doozy with Imrik/Caledor, for example. :) Cathay seemed pretty tame compared to Hexoatl and Imrik, so I know there’s at least some variation in there.

I haven’t tried Orks yet in TW:WH3, might have to give that a go. I know it was weird conquering the badlands in my last Ghorst game and not running into Grimgor. I keep forgetting his start position got moved.

I prefer skewering orks to playing them but I might have to give him a go sometime.

Finally booted this up. Where’s Beastmen in IE?

Someone asked about gunpowder upthread but I can’t find it. This is a succinct gunpowder formation video from a new youtuber. 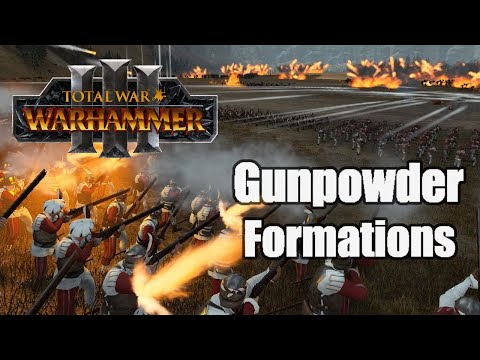