Troubleshooting temperature, or Is The Heat Death of My Computer Imminent?

In the last few weeks, I’ve been getting serious hard crashes while playing Snowrunner, which has otherwise been stable for me for as long as it’s been out. These crashes are particularly terrible, because they’re hardcore hard locks. The signal to the monitor just cuts out and I have to hold down the power button to restart it. Yeesh. You hate to see those.

This is new and drastic and, so far, confined to Snowrunner. So the first thing I checked is temperature. I installed Open Hardware Monitor and was dismayed to see that my CPU almost immediately shoots up to 90C or 100C in Snowrunner, Elden Ring, and Dying Light 2 (although I’m only experiencing crashes in Snowrunner). That’s too hot, right? It shouldn’t be doing that, should it?

The computer is situated so that the air can flow freely around it. The room it’s in ranges from 70 to 80 degrees (it hit 84 degrees today). I had already given the interior a through blast of canned air and verified that the fans are working a few days ago. I even set the BIOS to spin the fans at max speed for the time being. But the CPU temperature still shoots right up to around 90-100C when games are running. I Googled what to do and was immediately hit with the usual avalanche of tech stuff that I have no desire to sift through if I can help it, but I read just enough to realize that this is probably too hot.

So is there anyone here who can talk me through how to troubleshoot temperature issues? It’s a pretty old system. A Gigabyte motherboard from 2014 with an Intel i7-4709. It’s since gotten a RTX 3070. Maybe this is just what happens when a CPU or motherboard starts dying?

What CPU cooler, just an air heatpipe cooler? How long since you thermal pasted, since it’s a few years old?

There is no reason that should happen. I would most likely disassemble the case and take the CPU cooler off, and look for loosened mounting, uneven or poor pressure, or old thermal compound. Hopefully easy.

The CPU has a heatsink and fan on top of it. I have never thermal pasted it, so whatever is in there is from 2014 when the system was assembled at Maingear.

There is no reason that should happen.

Well, I’m glad at least to confirm that. Let me take a closer look at the heatsink and CPU to see if I can identify anything obvious. 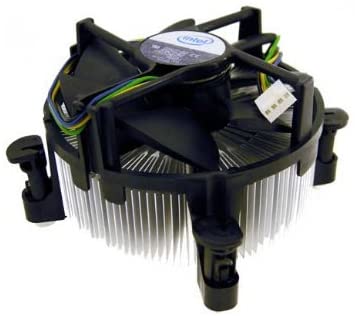 Heatsink turn pins are not intuitive 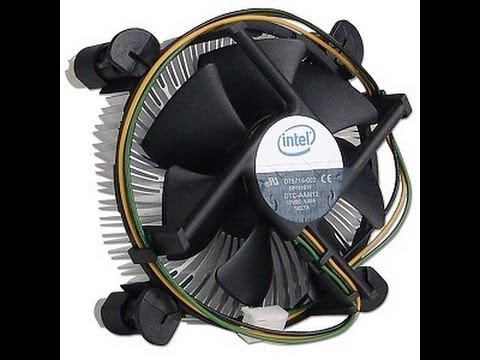 I am thinking shot thermal paste on the CPU with a undersized heatsink and fan that just can’t cool it due to the case temperature that is getting mighty toasty inside from the RTX3070.

I’ll be that guy and suggest this to see if it resolves the issue. 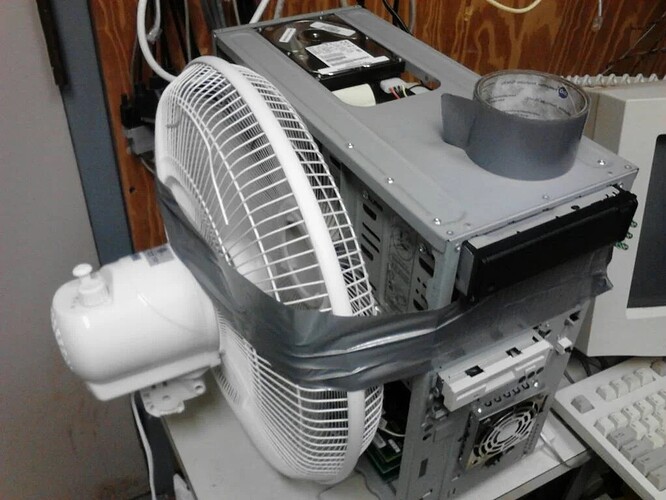 Ha, I was just booting up my laptop to find someplace to make sense of what I’m seeing in terms of this fan, heatsink, and CPU. Lo and behold, that’s exactly what I’m looking at, @sillhouette! I’ll pick up some thermal paste and see if that helps.

Are those a motherboard and CPU? Because, yeah, it’s probably about that time…

@tomchick , remember to use the whole tube. ;) 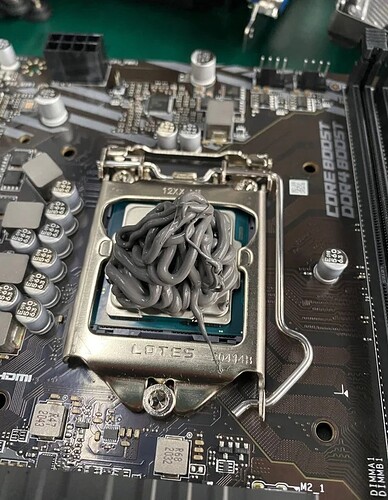 lordkosc does not take responsibility for advice given in this post.

Well, I managed to break the bracket for the heat sink trying to put it back in. Getting it out was a snap, thanks to the video @sillhouette posted, but it was conspicuously missing helpful tips for putting the heat sink back. So now mine is busted and I’ve got to get a new one. Cussing ensued.

But quick question, is this my CPU dying, or is this simply what it looks like when thermal paste degrades? In other words, am I just applying a bandaid and will I need to upgrade anyway?

When the CPU temp shoots up to 100c, what is the overall cpu utilization? Is it hitting 100% usage across all cores?

I don’t think so, only because I probably would have noticed. But would that have been a sign that something is dying?

Sadly, I can’t check right now because fuck balls shit cock fuck hell fuck. Apologies to anyone who clicked on that.

Sorry, I think if you just rotate the knobs back they press and click back in.

Probably your CPU is fine, they don’t really “degrade” or get more “heaty” as they age. and thermal shutdown at high temps is enough to prevent damaging it. Changes to the temp when you are loading it is directly about the effectiveness of the cooling solution. Was your paste dry and crusty crumbly? I would say don’t try and run it without pasty paste and good cooler mounting.

Well, I’ve just ordered a next-day replacement heatsink/fan assembly that comes with thermal paste, so hopefully I can get it up and running tomorrow.

The existing thermal paste is patchy and crumbling, so I imagine that’s a big factor. I booted it up with the heatsink just sort of resting on top of the CPU to see what the temperatures looked like, but they immediately hit 100C and rising, so I shut it back down.

Sorry, I think if you just rotate the knobs back they press and click back in.

Wait, why are you saying sorry? That video wasn’t you, was it? I found it super helpful and it definitely mentioned something about putting the pins back, but I just got clumsy trying to snap them back and the plastic broke.

Thermal paste loses performance over time. When I had a poorly ventilated office which had a window which faced directly into the sun every evening when I was using it, I needed to replace mine every 3 years from overheating issues. Yet every time I pulled the heatsink away, cleaned it up, and slapped on some new stuff, it worked like a champ again.

The existing thermal paste is patchy and crumbling, so I imagine that’s a big factor.

I’ve just ordered a next-day replacement heatsink/fan assembly that comes with thermal paste, so hopefully I can get it up and running tomorrow.

Just ignore the end of the movie, everything turned out great for the Emperor. ;)

why are you saying sorry? That video wasn’t you, was it?

No, I just debated putting in a couple of videos with removing, testing, repasting, replacing, but decided just one was simpler. Not a terrible thing to replace an 8yr old fan and paste at once, and at least it isn’t a $120 watercooler to need replacing. Should be an easy fix and you have plenty of time to wait for a good sale to upgrade if you want.

The push-pins on those coolers were a goddam nightmare. They put me off upgrading for years.

And honestly even with the dropping of GPU prices, a prebuilt is still the better way to go for the time being.

Edit - re: Tom’s situation, I expect the new heat sink and paste will resolve the problem, but I find myself always in the mood for new PC stuff as a “tech enthusiast” (read addict).

That’s an old CPU! It’s always easy to spend other people’s money, but a new Mobo/CPU/RAM combo would be a nice leap from a 2014 era i7.

I wouldn’t pour in more than the money you spent for the HSF troubleshooting this rig.

Although the GPU is the most important bit, that CPU is certainly bottlenecking games for you these days.