Troubleshooting temperature, or Is The Heat Death of My Computer Imminent?

Nothing useful to add, just wondering if I am the only one here who had to actually click on @tomchick’s spoilered texts to blur them? Not that I need to have them blurred or are offended by them in any way: I totally understand and approve of that kind of language in this situation! What I mean is: the text wasn’t spoilered for me until I clicked it…

If you’re looking to go in cheap, check eBay for “gaming PCs” where the purchaser pulled the GPU. Doing a bit of research, it looks like they sell for around $600 with an 11th gen core i5, 16GB RAM, etc. So you would just pop your 3070 and storage in and you’re good to go.

Obviously only purchase from highly rated sellers, but honestly I wouldn’t be concerned about buying on eBay. Their purchase protection is extremely slanted towards the consumer.

This thread made me check my own CPU temps last night. My Aurora Alienware PC gets really loud when playing Microsoft Flight Simulator, Control and Elden Ring.

I checked the temperatures, the CPU temps are around 96 C (when playing those games).

So wait, it’s NOT supposed to get that hot? I think my Ryzen 5600X has been like this from day one.

So the one time I really really really need next day delivery, Amazon tells me, “Oh, hey, that thing we promised you next day yesterday? Well, that thing isn’t arriving until Saturday. Shrug!” So my computer is lying dead for another day. No one click on this next bit: FUCK BALLS SHIT COCKING HELLDAMN FUCKPISS

That’s how it started with me, @Rock8man. Snowrunner crashing a few times might not have caught my attention, even though they were total system locks. The thing that got me investigating temperature was that I noticed the fans always kicked into high gear as soon as Snowrunner booted up. I get fan cacophony in other games, but only after they’re running for a while. Which I see now might be because they’re also pushing the temperatures up dramatically.

As for your system, based on my tentative Googling, 96C is a temperature in need of a cooling solution. But it’s good that you’re not having any crashes, so you’re probably fine for the time being? But if I have any thermal paste left over tomorrow, I’ll send it your way. :)

I checked the temperatures, the CPU temps are around 96 C (when playing those games).

I believe these are 20 degrees C more than they should be normally. My silent mini ITX case with a single quiet fan (no other case fans) on the CPU is at 50C idle, 80C load for my Ryzen 7 2700. 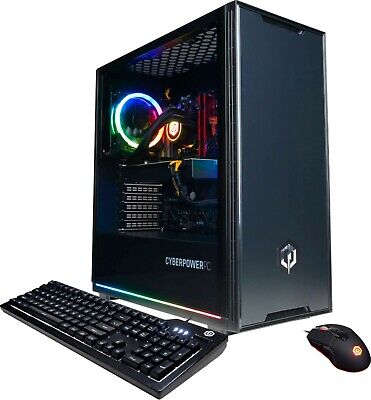 No one click on this next bit: FUCK BALLS SHIT COCKING HELLDAMN FUCKPISS

And again, this shows as unblurred, until I click it. Oh well, I guess something is off in my settings.

I also had issues with my videocard until I changed the paste, but I never checked the temperature. Worked fine after that. But it is still very loud, so I may be up for more trouble in the (near) future. So I’ll be following this thread with much interest (regardless of the spoilers 😉)

And again, this shows as unblurred, until I click it.

Are you certain you’re not Bizarro-mjgreeny75?

96C is way hotter than your CPU should ever get while gaming. It shouldn’t get that hot while running benchmarks for an extended period of time.

Are you certain you’re not Bizarro-mjgreeny75?

I have no idea what that means…

And again, this shows as unblurred, until I click it. Oh well, I guess something is off in my settings.

Gah! I hope there weren’t any small children or elderly women reading over your shoulder! If so, please apologize to them for me.

I have no idea what that means…

Bizarro (/bɪˈzɑːroʊ/) is a supervillain appearing in American comic books published by DC Comics. The character was created by writer Otto Binder and artist George Papp as a "mirror image" of Superman and first appeared in Superboy #68 (1958). Debuting in the Silver Age of Comic Books (1956 – c. 1970), the character has often been portrayed as an antagonist to Superman, though on occasion he also takes on an anti-hero role, and has appeared in both comic books and graphic novels as well as other...

The guy I linked is in Glendale. In 90 minutes after a few messages and a round trip…

The eBay deals are the cheapest way to go if you want to replace everything but the GPU, but of course putting a new coat of paint on your old clunker is much less expensive yet.

Anyway my 5950X is running full unlimited PBO, no power limits, in a not particularly well-ventilated case with high-end air cooling, and it idles at 45C. At full load on all 16 cores simultaneously it goes up to 85C. In games, I never see it over 70C or so.

The guy I linked is in Glendale. In 90 minutes after a few messages and a round trip…

You’re the evilist, aren’t you? But in a good way.

Mono’s link looks pretty good. I would message the guy and buy it outside eBay to skip their fees. Offer him $650 cash money for the 5800X model, and negotiate up to $700.

CPUs have 16 cores these days?!?!!??? Way to make a guy feel inadequate with his four cores.

A few weeks back I was getting ‘micro-stutters’ when gaming on my PC ie the framerate would drop significantly but only for a second.

I ran a monitoring tool and discovered that the CPU was hitting ~98C and auto-throttling its clock speed for half a second to bring the temp back down to the low 90s, before throttling back up. So it was basically just bouncing against its temp limit every 20 seconds or so.

Looked in my case and the CPU cooler fan had died. Replaced it and now the temp barely cracks 60 during gameplay.