I was trying to figure out which thread was the main one for Storm Daniels discussion, and couldn’t come to a real decision. So I figured I’d make an all-purpose Trump infidelity thread. 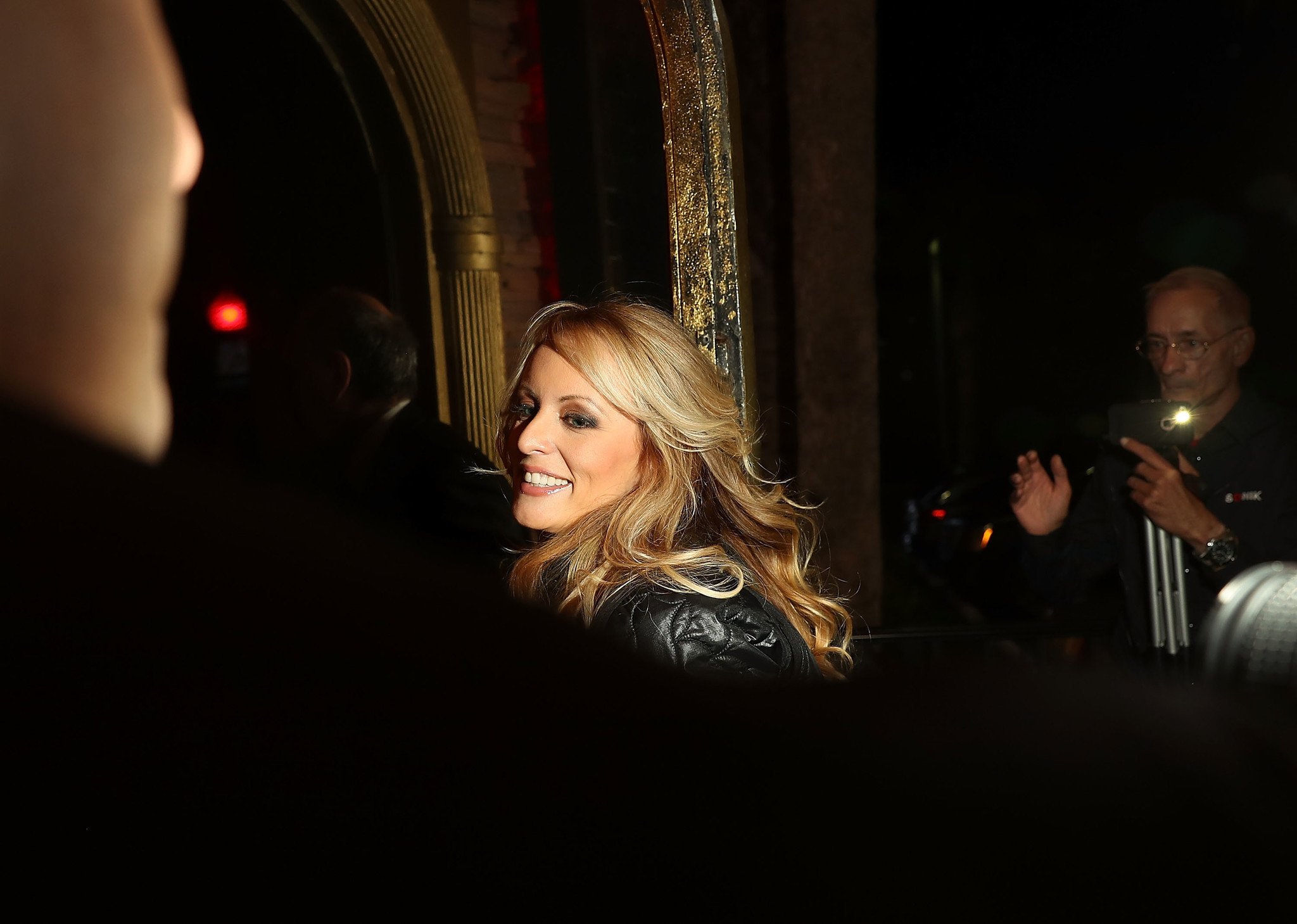 For Stormy Daniels, swatting away Twitter trolls is a work of art

Stormy Daniels on Twitter has the air of a very smart cat batting off a series of very dumb mice, who are under the delusion that the relationship is reversed.

“Slut and whore are words used by people who feel threatened,” she responded on Twitter to someone who had tried to shame her. “I find power in them.”

Such a badass...that won't spell out the naughty words. Ok https://t.co/d2PSlNVuH1

So this tweeter’s hero god, Emperor Ample Ass, is the victim of his own chronic infidelity, and the women he cheats with are the traitorous bitches who need to be executed. Makes perfect sense to me. That’s assuming this tweeter is a legit dumb fuck and not some Russian toiling in some troll sweatshop – almost impossible to say, they sound exactly the same. 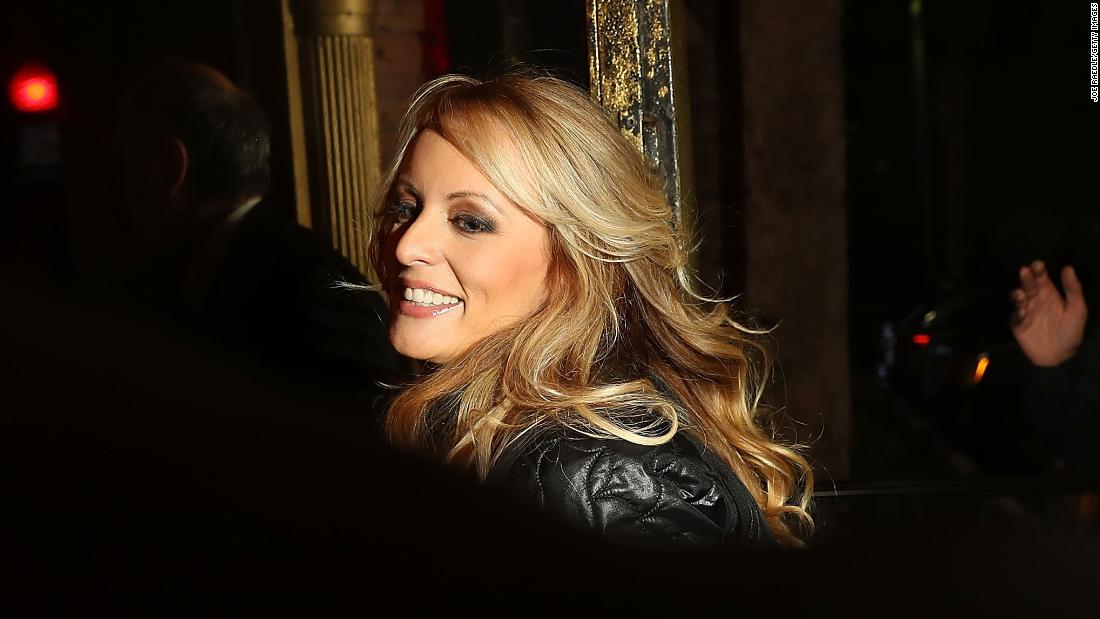 The lawyer representing the adult film star Stormy Daniels alleges that some of the accusations she's making against President Donald Trump occurred while Trump was in office.

ah, i posted this in the other thread without seeing it here first. doh.

Why is he suing if it didn’t happen?

I think the current argument from Trump is that: “Mr. Trump did not have an affair with that woman, and furthermore he has won in arbitration against the woman that he didn’t have sex with regarding the NDA that she signed that forces her not to talk about the sex that they didn’t have.”

I enjoyed this quote from the first article.

I haven’t read the NDA, but if Trump’s name isn’t anywhere in the document (and I’m assuming it isn’t because that would be evidence of an affair, and besides…Dennison) how can that NDA possibly be enforced? How could Cohen prove she was breaking the NDA when it doesn’t specify who she isn’t supposed to be talking about? If it specifies Dennison, she can’t be breaking it by talking about Trump unless they acknowledge Trump is Dennison (hence admitting to the affair).

how can that NDA possibly be enforced?

Pseudonyms don’t nullify it as long as the party can be identified. Presumably, the lawyers involved can do that (in addition to the other party, Stephanie Clifford). Of course, Trump acknowledging the identity apparently carries its own set of legal risks for him and his lawyers from what I understand.

You mean like in a closed court session or something? Oh, wait, something clicks that’s why this is set up for binding arbitration.

Oh, wait, something clicks that’s why this is set up for binding arbitration.

WaPo reporting a judge ruled in favor of Summer Zervos, allowing her defamation case to move forward against Trump for saying the women who had accused him of sexual harassment had lied.

Also today, Karen McDougal, who was paid hush money by the National Enquirer, has filed suit to invalidate their agreement.

Maybe it wouldn’t have made a difference, but I wish these revelations had hit the national press before the election.

Believe they all did

Every one of them. No one cared.

And does it matter now? It’s not clear to me that it does.

No, it doesn’t matter, per se, but it certainly has the potential to piss Trump off. I’m ok with that.

No, it doesn’t matter, per se, but it certainly has the potential to piss Trump off. I’m ok with that.

It may turn out to matter in some indirect ways.

First, some interesting facts about Trump and his empire may be uncovered during discovery, if and when any of these cases ever go to trial.

Second, paying for all these lawyers and all the Russia lawyers adds up to a big bill for the chronically cash-poor Trump. Currently he’s paying for the Russia lawyers out of the RNC, using it his legal slush fund. Given how incredibly stupid and corrupt he is, I will honestly be surprised if he doesn’t start paying for his adultery hush-money and sexual assault cases out of the RNC as well. This raises some interesting questions about legality. Even more importantly it will escalate conflict between Trump and the GOP’s donors. Why should anyone give money to the RNC when it’s being used to finance Trump’s lawyers instead of elect Republican candidates? This tension will just increase the more legal misadventures Trump stumbles into.

Last but far from least, the more lawsuits Trump gets entangled in, the more lawyers he’ll blow through and the worse his legal representation will get across the board. He’s already scraping the bottom of the barrel - he’s always been impossible to deal with as a client. 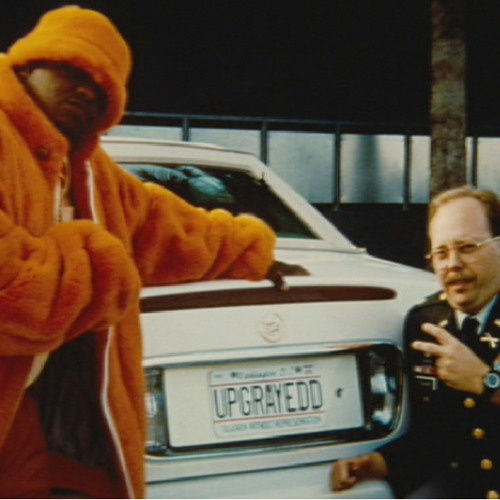