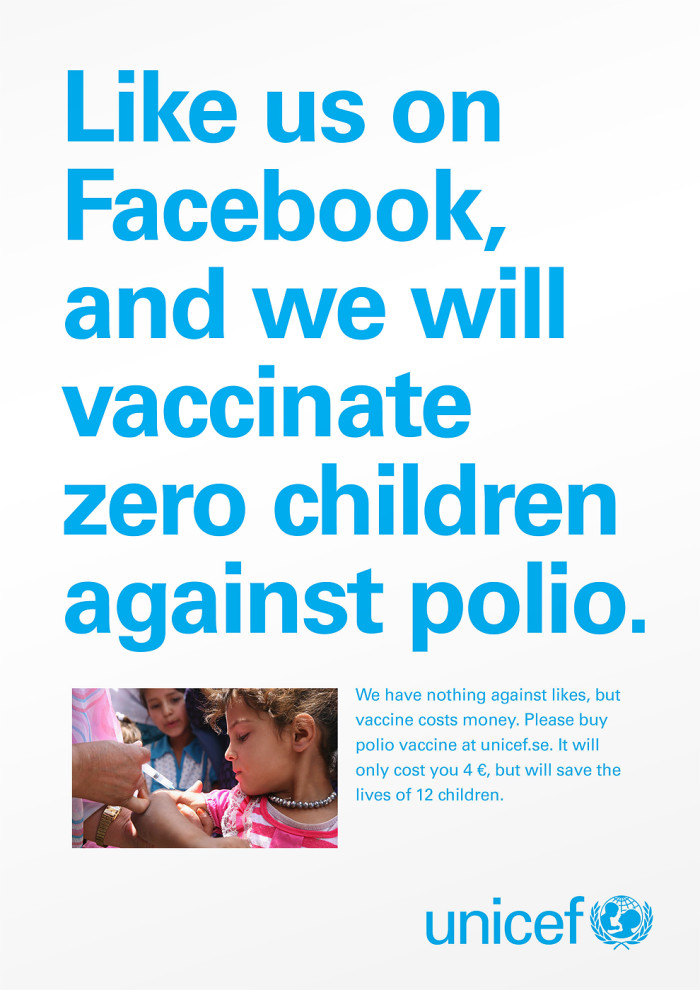 Telling people to just stop liking stuff and actually do something.

“Sometimes I worry that I will get sick, like my mom got sick,” the child says in the captioned ad, his brother playing in the background. “But I think everything will be alright. Today, UNICEF Sweden has 177,000 likes on Facebook.”

Every charity needs to start doing this.

I don’t like anything on Facebook even if Jesus himself had a Facebook page. On the other hand, I like the idea that I can be responsible for saving 12 children’s lives and it will only cost me a measly 4 bucks. It doesn’t come much cheaper than that. I’m going to look into it (but I’m not going to like it).

But whoever thought of this was a genius. Liking something doesn’t “help” them unless they are being paid by the like.

Bah, fuck it. The Unicef website is a big pile of shit. They should take some instruction from the Swedish version. If you want my money make it so easy that I can’t help but giving you money motherfuckers! A huge red button that says “Donate $5 to save 12 people” would be nice. And add some Paypal support.