Hello everyone,
When you played RTS or MOBA, did you ever wish to come down and keep the enemy at gunpoint in dynamic battles? In Universum you can:

So Universum: War Front is a new indie Sci-Fi ARTS game developed by only one person – Cyril Megem, who has spent a year and a half working on the art, programming and even music for the game of his dreams! Having a lot of work done, Cyril planning to raise enough funds on his Kickstarter campaign to expand the team and release game faster and make it better than if he continue to develop it alone.

I’ve actually been pretty interested in this. The fact that most of this project is the result of one person’s toil is incredible.

I’d love to do a front-pager with the developer.

that trailer is hot.

MOBA’s generally aren’t my preference, but it does look pretty nice!

MOBA’s generally aren’t my preference, but it does look pretty nice!

OH me neither, no interest in 'em at all, but this has space stuff and single player.

Despite the fact that Cyril focused on the Kickstarter campaigns, he has some progress in the development process also. So, let’s take a look at his latest work on the main menu and on system of change quality settings on-fly.
Here is video demonstration: http://youtu.be/h2EaNIZrXEg

Hi there! Thanks for your comments!
This is a new joke video, that made just for fun when experimenting with the settings of visual effects and physics for tactical nuclear weapons in game:
http://youtu.be/3eAFX1iYct4
In future, all large objects should be destroyed or moved (for example flying islands), also will be fire on trees and for some time will remain radiation after a nuclear explosion. But don’t worry, this weapon will be balanced by not a less powerful and interesting opponents weapons. And it will be available only at the highest levels of character skills. Also, you cannot use this weapon as recklessly as shown in the video, because it destroy not only the enemies but your troops too if they are too close to explosion center. Unless you are going to make joke/surprise for your allies ;)
Hope you like it, and dont forget support this project on Kickstarter: 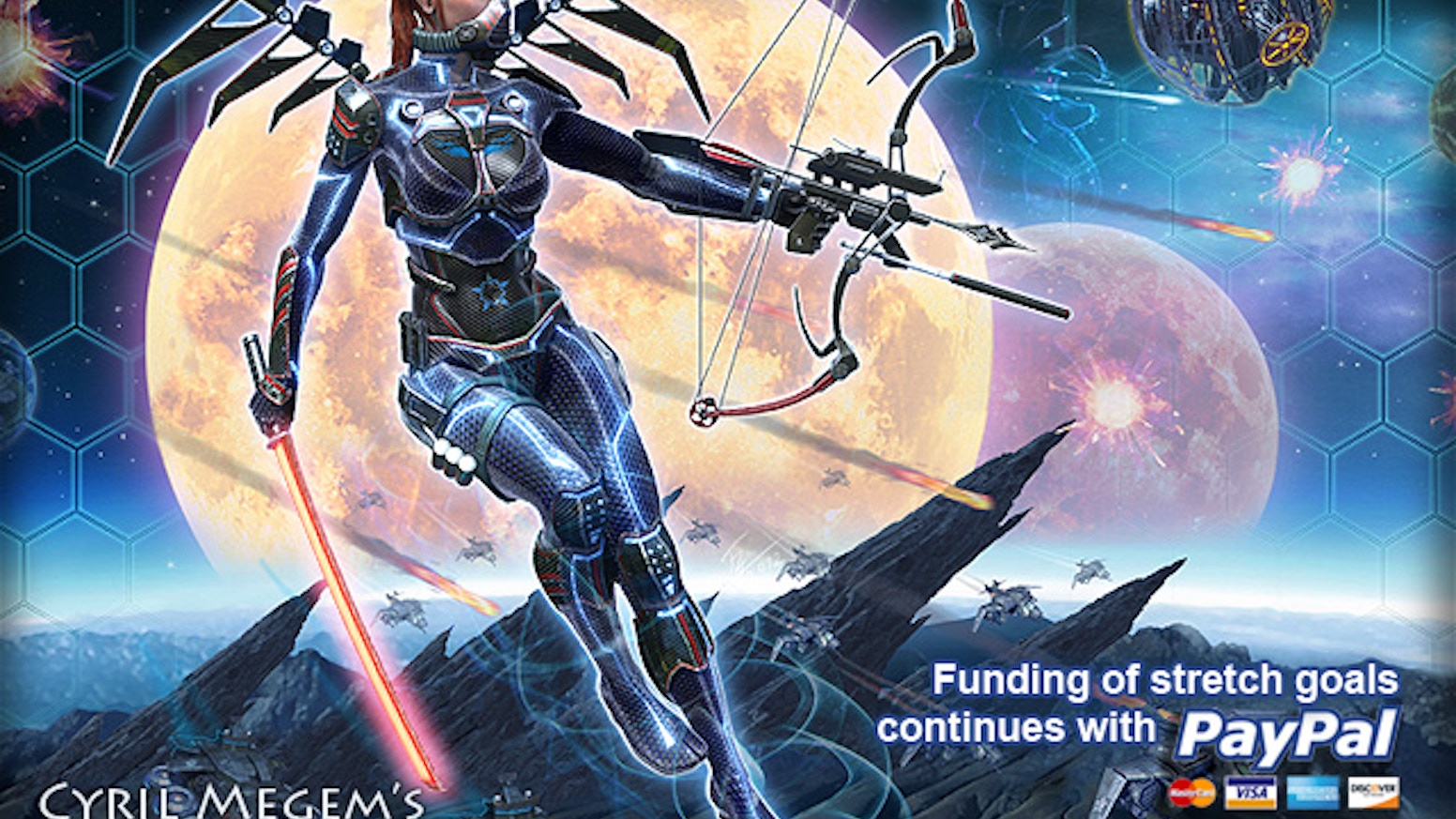 When you played a RTS or MOBA, did you ever wish to come down and keep the enemy at gunpoint in dynamic battles? In Universum you can!