Always a fan of HOMM type games. Although I wasn’t a huge fan of M&M Heroes reboot, King’s Bounty and AOW did a decent job carrying the torch.

I’ve been keeping my eye on 3 new HOMM TBS type games that I figured I would share with other fans of the genre.

King’s Bounty is the existing heir, but I am concerned about the gameplay change they seem to be making. Hoping they don’t get to fancy. Gameplay was always the best part of KB.

This one is interesting, even though I’m not a fan of pixel art games, it does seem to hold closest to classic HOMM.

Not sure of this Disciples change. The initial games were fun enough, but it seems like they are moving more towards a strategic TBS here.

I have subscribed to your newsletter.

Nice idea for a thread! The only two games in this genre that I really, really enjoyed have been HoMM2 with its opera music and wonderful art and fun good/evil campaigns, and the first Age of Wonders, which really took me by surprise.

I did appreciate HoMM3 eventually. I didn’t like it when it first came out because I didn’t enjoy the art and the music compared to HoMM2, but eventually I got back into it years later after being disappointed in HoMM4’s inexplicably brain-dead AI. Going back to HoMM3 at that point really made me appreciate it. Though I never really enjoyed the campaigns as much as HoMM2’s, and it never felt as wonderous as HoMM2.

I loved the HoMMV demo. I just got sucked right into it because it was sooooo freaking hard. I think it was the beginning of the second week, a hero would come into the area, and wipe you out. So I started the demo over about 6 times before I finally was able to survive that attack. After that, the rest of the scenario wasn’t as hard. Just being able to survive that first attack meant getting the best start possible in the first seven days, so that I could get the most troops ready by the time he came. And from that point on, you had such a solid start, it wasn’t as hard.

Unfortunately, when HoMMV came out, it started off with a really easy boring human campaign. I never got past the first three scenarios or so, it was just too boring. Funny that what got me to buy it Day One was just how fucking hard that demo was, and then they start the game with a campaign so easy I never played the game again.

I only got Tribes of the East. I was sucked into the fact it has all the factions, plus the alternative upgrade paths.

I heard everything after HoMM 5 is not worth the effort.

I stopped at HOMM3. I was planning on getting HOMM4 but the bad reviews made me pout my wallet away. I’ll keep an eye on these.

I did appreciate HoMM3 eventually. I didn’t like it when it first came out because I didn’t enjoy the art and the music compared to HoMM2,

Though I never really enjoyed the campaigns as much as HoMM2’s, and it never felt as wonderous as HoMM2.

I am/was a HOMM fanatic. I’d not been keeping an eye on successors lately so just a quick thank you for the links and discussion.

Put your HOMM2 into HOMM3: Heroes of Might and Magic III: The Succession Wars mod - Mod DB

Going back to HoMM3 at that point really made me appreciate it. Though I never really enjoyed the campaigns as much as HoMM2’s, and it never felt as wonderous as HoMM2.

They both had strengths and weaknesses in hindsight. HOMM2 was old enough it had some issues with how it ran in memory (at times.) It also had a bit of a balance problem late game in that if you didn’t have black dragons or titans, you weren’t going to beat your buddy who probably did. We had a running joke playing HOMM2 that the guy who got Dimitri and the Boots of Speed would nearly always win. I forgot Dimitri’s perk, but it just happened to be the way we played it at the time that he won, probably not from any gameplay aspect.

HOMM3 looked better but I wasn’t a fan of every town type and some of the changes to heroes and artifacts. We’d played so much HOMM2 at that point that HOMM3 felt like the same game (not huge change) but without things we liked (change of a lot of the heroes and artifacts and some troops, etc.) I still played it so much more in total time than HOMM2 though.

Put your HOMM2 into HOMM3: Heroes of Might and Magic III: The Succession Wars mod - Mod DB

I was in theory very excited by King’s Bounty 2 coming to Switch, but I too am apprehensive about the changes, and they all seem to point away from getting it on handheld.

I failed to also mention: GitHub - ihhub/fheroes2: Free remake of Heroes of Might and Magic II game engine

If I ever get around to doing that top 100 games thread, HoMM3 is one of the half-dozen games that gets serious consideration for the top slot, so yes, I am interested in this thread. (Though I also agree that the main campaign in 2 was the height of that part of the series.) 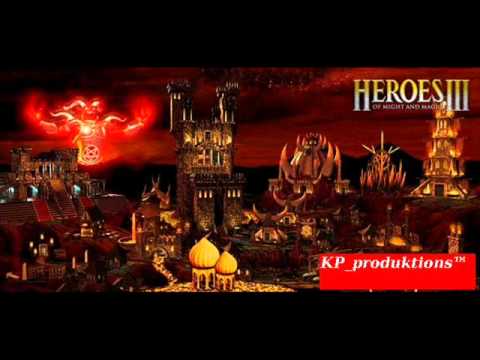 Anyway some kind of giant-map multiplayer adventure, either realtime or simultaneous turns, would be a good fit for HOMM-style adventuring. Like an .io game, but interesting to look at and interact with, and hopefully relatively free of griefing aside from the inevitable encounter with a stronger army. I could spend hours collecting resources, leveling up and negotiating with hordes of halflings and all that.

Bonus! It could use the HOMM4 leveling system with HOMM3 visuals. Yes, I’m disgusting like that.

I had a lot of fun with the first three HOMM games. Each had some weak points, but each had way more plusses than minuses for me. Later ones (I don’t even remember how many more there were) rubbed me the wrong way in every way, and my memory of it is that I got exactly zero enjoyment out of the ones I played.

So anything being compared to HOMM, I am interested, but I’ll definitely check out some videos to find out which HOMM attributes are being replicated.

Everything HoMM and HoMM-related is great and I will not read any posts to the contrary.

Everything HoMM and HoMM-related is great and I will not read any posts to the contrary.

As a huge fan of the HoMM series (just recently I picked up the latest HoMM game since it was on Steam and I played it for a few hours and had a legit good time until other games dropped I needed to play - but I’ll go back to it, because HoMM games as a formula tend to be awesome and interesting and easy to dip a toe into) but I have admit that there was a time with Age of Wonders 3 I didn’t feel the need to play them as 4X/AoW3 (in particular) felt like a more interesting evolution of the HoMM formula to me. I still somewhat feel that way, but AoW3 is a long ways from today and hundreds of hours played, and I’m always up for more strategy games like this and still have fond enjoyment of the formula. If a HoMM 8 was announced I’d be super jacked, honestly. I just wish they would try to get a better AI in there. I usually have a ton of fun with HoMM games until I can beat the “normal non cheating” AI every time and the hard “cheating AI” is always just frustrating to play against.

I was personally a big fan of how the “AI” in 6 would spawn a free army at its castles every week and send them directly at your capital, ignoring everything along the way.

Ugh. Yeah, stuff like that keeps HoMM from being an actual classic game. I think the last time I was in love with HoMM was when 3 first came out and I played it and all its expansions. I should grab the HD version off Steam, I’m sure I’d have plenty of fun with it for the cost.

EDIT: What the? The Heroes 3 HD doesn’t have the expansions included? No plans to put them out, either. That’s… not ideal. It might still be worth $5 during a Steam sale though to check out the Fortress campaign again, that used to be my favorite iirc. Hydras!!

EDIT2: Okay, well, the GOG version has not just the Heroes 3 Complete package but it’s $2.50 right now. So how badly do I care about HD graphics vs playing in a window and enjoying the original art… not very, as it turns out.

Ubisoft picking up the HoMM IP was an absolute disaster for the series. I keep hoping they’ll sell it now that they’ve managed to ruin it so thoroughly.