No more having to guess which end is up. 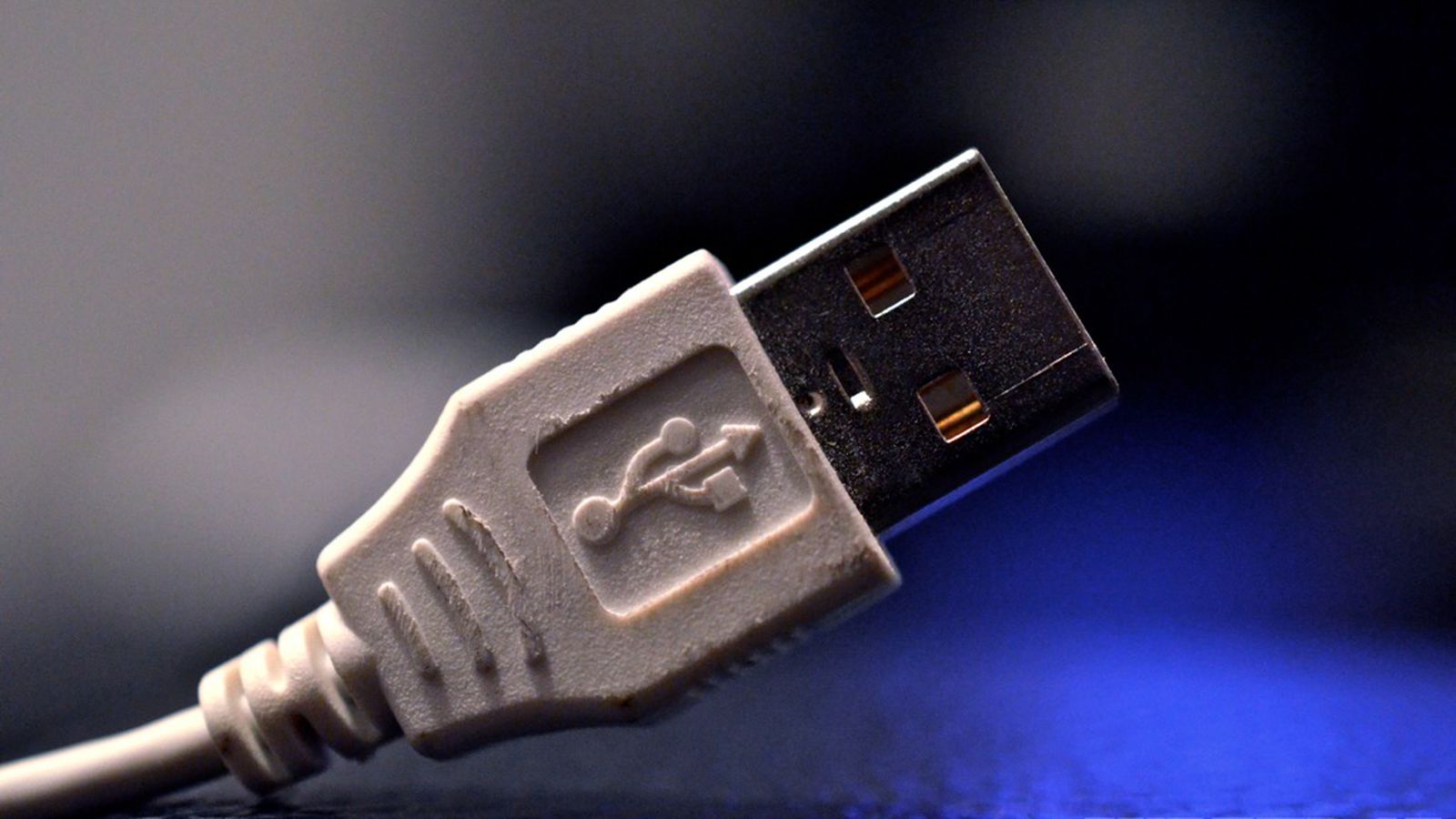 The next USB plug will finally be reversible

Work has begun on a new generation of USB that will break compatibility with existing connectors in order to improve ease of use and allow for thinner devices. The new connector, called Type-C, is...

The bad news. Obviously breaks compatibility with a gazillion current devices, so adapters will be needed. But they should have done this more than a decade ago with 2.0, or from the start.

I’m not really fussed about reversibility - the convenience will be more than outweighed by having (yet another) cable variant to worry about. It would be nice if USB 3 was more widespread in devices though, whether it’s 3.0 or 3.1. 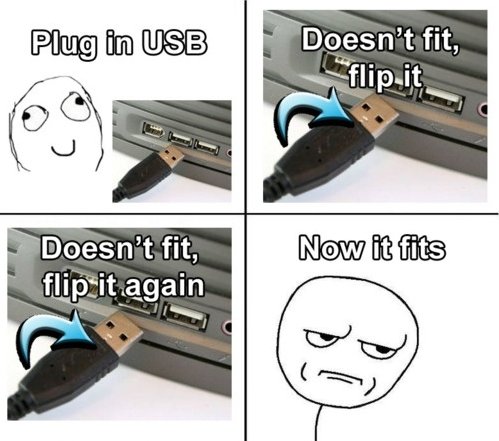 It also supports variable power. This will be the universal plug for both power and data. You’ll use it to plug in your laptop, your lamp, your monitor, etc. A great improvement.

I wonder if type-C cables will be as pricey as Lightning cables. Even the Amazon versions are $13-$14. The cheap Taiwanese knock-offs don’t include the electronics required to make the reversibility work, from what I understand.

Yes, congratulations, you got the joke.

Sweet! I got the joke guys! Did you see me get the joke?

Okay, once more. This time with more feeling.

Okay, once more. This time with more feeling.

Is your wife into photography?

Hey, I totally get that! That’s a good joke!

I wonder if type-C cables will be as pricey as Lightning cables.

That’s one issue. Another is if they’ll grip properly, at a small form-factor.

Sweet! I got the joke guys! Did you see me get the joke?

Hey, I totally get that! That’s a good joke!

Pogue Mahone “got it” again, just like I asked.

It is funny to joke about, but it really isn’t such a huge deal.

Would it be cool if you could plug it in both ways? Yes, but the problem is when companies do this as an excuse to brutally assault and rape their customers with forced monster cables. That said, i have much faith in that not happening in this case compared to a case where a large company like… Apple has a closed system with their own special cable, hopefully.

I f’ing hate micro usb. Its super hard to see which way to insert it and it just feels so fragile - both the cable end and the receptacle. I also hate Apple locking me into their new proprietary connector but it made it very obvious how bad the other connectors are. Its pretty much perfect in terms of usability so hopefully the new usb connector matches up well to it.

*Apple doesn’t give a shit what everyone else is doing.* To some, that’s what makes Apple great. To others, it’s what’s wrong with Apple.