This has everything I’ve been looking for - PvE with private servers, progression, building, survival. All from makers of the excellent Satisfactory. Out on Steam Early Access now - https://store.steampowered.com/app/892970/Valheim/

Anyone picked it up and have thoughts?

It’s published by Coffee Stain as part of their indie imprint. It’s being developed by Iron Gate AB.

Thank you, I did conflate the publisher with the developer.

I saw this rocket to the top of the Steam charts (beating out Mass Effect), but I didn’t see it in the top 100 currently played. It piques my interest, for sure.

Got it and dabbled a bit. I am a sucker for these games (Ark, Conan, 7days, etc).

Still super early but seems good so far. I like the pixel art style. Not super intuitive in all its systems and missing tool tips/helpers. A lot of steam forum cross checking for how to do some basic things.

Not super intuitive in all its systems and missing tool tips/helpers. A lot of steam forum cross checking for how to do some basic things.

Yup. So far, I think this has some good potential, but the missing or hard to find info on really basic stuff is aggravating.

It looks cool. Is there any character development other than gear?

I do appreciate that this game DOESN’T have PvP as a main focus, like Conan, Ark, Rust, etc. Like, that’s actually a huge draw.

Is it soloable? How much do you need to rely on other people to make it really functional?

Still early but it appears so. Just running around leveled athletics i think it was. Jumping leveled jumping. Chopping trees leveled woodcutter.

Not sure the improvements exactly but there is definitely some sort of ‘do it more get better’ system.

This guy is pretty good early vid, about as far in as i am. 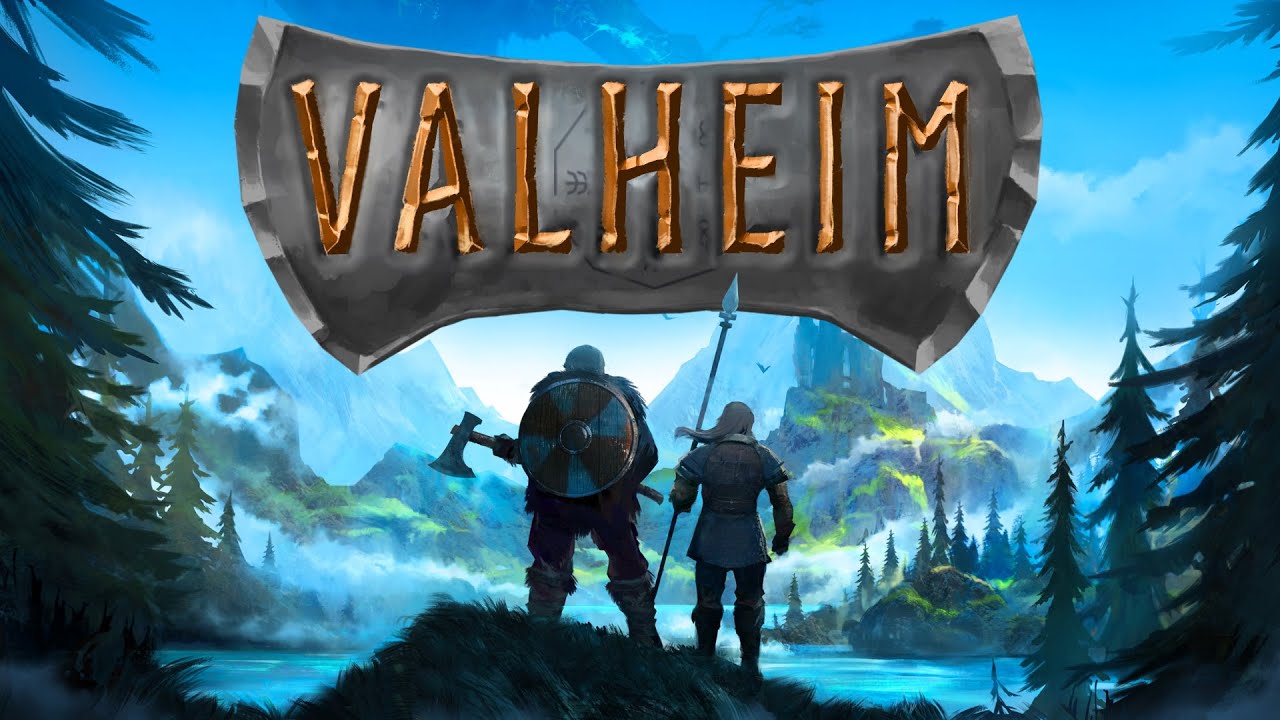 Looks interesting. Definitely going to check it out more after work.

I hope it has some kind of magic system for players. Anything from forging runic gear to actual spell casting.

Valheim: How to build a campfire indoors

To use your bed, it needs to be inside and near a fire. But you can't build a fire on the floor. Here's a couple solutions.

It’s great! Very Minecraft at the beginning, setting up a base, gathering basic resources to craft better tools to get get better resources to etc. That loop is as satisfying as in most other games of this genre. There are some rough edges in how the systems are taught, but there’s a joy in working it out for yourself, that matches well with the overall theme of the game. A crow gives you hints and there are runes to read in the world, and the moment where something clicks and you set yourself a goal is magical.

It’s a good balance of self driven and guided goals. The larger goal for each zone/biome is to summon and kill the boss. To be able to do that you need to gather, craft, train, cook, build, eat, explore and generally learn about your environment, enemies and tools.

It helps that the world is gorgeous. The style is relatively low poly, very low rez textures, but they are sharp (as opposed to blurry), and the lighting, draw distance and art direction are striking. The physics of the world play a part, with massive trees that are felled being a danger to you, but also useful to bring down other trees around them, and even enemies if you can roll a log at them. Buildings have structural integrity to a point (you can only load so much weight on a point, but the magical weightlessness of removing blocks under blocks and the top block remains is still there - Teardown this is not) and the abandoned ruins of buildings around the world provide inspiration, guidance and sometimes straight up shells for your own buildings.

The weapons and combat are varied and take a bit to learn - a definite step up form Minecraft, but still short of 3rd person combat based games. There’s rudimentary stealth, and importantly the enemies and danger from the world escalates to never let you feel quite safe. The day/night and weather cycles are atmospheric and there’s a good rhythm to waking, preparing for the day, adventuring, knowing when to come home and making it to safety.

They appear to have a reasonable roadmap ahead for the next year, and I know there’s lots in this build I haven’t even got to (snow biomes, fishing, smelting, stonework, rafts and boats).

Early Access issues? The server browsing is wonky, to be expected with 15,000 concurrent players swarming them in a day. I managed to get stand alone server working, and also joined a friend’s world, by using Steam’s in built server tools (view > servers). No idea how well it runs because my 3070 is a poor measuring stick for that, but no crashes and only a minor annoyance of it forgetting my resolution settings between sessions. Netcode seemed good enough - playing at 150 - 250ms to my friend it had some teleporting/lagging mobs but never unplayable.

It’s done that thing that I love it when games do - I’m thinking about it when I’m not playing it, planning what I should do next.

After a further 3 hours last night, I’m pleased to say that it has its hooks into me even further. I won’t spoil things, because the discovery of new elements, new enemies, areas etc fits so beautifully into the theme of the game. Mechanics and theme working together like this is great. However, I will say that the balance between free exploration, game set goals and player set goals is spot on. I currently have a few tasks I want to accomplish, and have a few ways to go about them.

A few things that the designers have nailed:

Further on 3: you have to make decisions about items of value to you right now - and this also affects if you stop to hunt deer or boar on the way home or not. Rearranging the 8 slots for when you are exploring, or building, or cultivating or at night or underground is all part of getting yourself ready for an expedition - and that’s what’s appealing to me most right now: the loop of deciding what to do, outfitting and preparing myself for that, going off to do it and the deciding if the new thing I discovered on the way there is worth compromising the original quest for.

There is also mundane busywork, and I think this is key to the game. There’s no automation of resource conversion, so you’ll spend some time waiting for things to smelt etc. This gives you time at home, maybe consider remodeling, or combine with some batch cooking, or harvest some more wood in between sets of ingots. The inconvenience of this simple life grounds you in it. Even better with friends where is makes a great hangout game.

I’ve died 3-4 times, always got back to my gravestone to recover items, but there is a sense of danger and always feels like it’s my own fault for biting off more than I could chew.

I’m really enjoying it and feel like every time I play I discover more and the balance and coherence of the world and the game are remarkable for an Early Access game.

I’m the friend who’s game p1ayerone joined to play co-op, and I’ll also mention that I am on an ADSL connection. So the netcode seems to work well even with low bandwidth for upload speeds.

Going to get this for me and the kid tonight…been playing the early access Grounded and having fun with that. Dont need more games…but there are endless games always coming out! 40 years of gaming and I always say I will slow it down but now with a nerdy kid, playing more than ever…sorry wife.

Color me interested, but I hate hate hate when games say ‘release date’ or ‘release’ and mean ‘available in early access’. I guess it’s a pointless rant now because everyone does it. Just another way language is being subverted…

I watched a video of this and it seems pretty good but it seemed incredibly dark. Now a lot of what I watched was at night so maybe that’s a game mechanic but in general it just seemed super dark. Does that seem to be true for other people or is my monitor maybe jacked up?