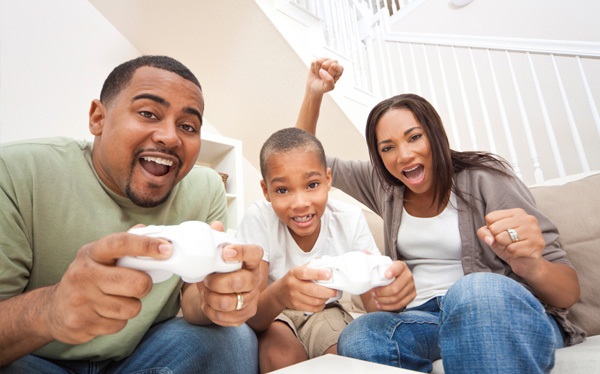 Valve has announced Steam Family Sharing. The program will allow Steam customers to designate up to 10 devices on which to share a library of games..

I got excited reading the headlines, as I have kids rapidly approaching gaming age. However only one person can play at a time, so it's useless.

yeah, I don't understand what this is supposed to achieve. Splitting of achievements?
I am in a similar boat. I have a lot of games that my kids will be getting old enough to play that will be locked away if I am playing something on my account

Surely there are times your kids are in a position to play games when you're not, though. Or a spouse. Or just friends with different schedules, etc.

Sure, per game lending would be more useful, or multiple users on the same library, but it's a huge step in the right direction and I for one have people I'll be happy to be able to share with.

This isn't anything like sharing retail goods. When I want to lend someone a movie I don't have to give up all my movies until they are done. Come on Valve, you can do better than this.

Who's to say it's not just a first step?

For sure there are times. For my use with kids, if I am not playing games on steam at all they can just log in to my account and play games. This changes nothing. If it is a friend or someone who you would not want to have your password then I guess this helps. It feels like an isolated use case though.

publishers would not sign contracts permitting valve to do what you describe, for obvious financial reasons. even if they did, it'd be difficult to make the feature work with all steam games. it'd be a legal mess.

retail PC games are basically dead. if you want to have to store tons of PC games on your shelf so that you can "lend" them like a good samaritan, fine. but most people do not care about lending, and prefer the overall convenience of digital.

The wording is chosen poorly, but the Steam page makes it a bit clearer (at least, I hope)

The " A shared library cannot be used by two people at the same time" means 2 or more of your friends cannot use your library at the same time to play games : it doesn't restrict the owner from accessing his own library.

From the page : "As the lender, you may always access and play your games at any time. If
you decide to start playing when a friend is already playing one of your games, he/she will be given a few minutes to either purchase the game or quit playing."

It still isn't like lending games, I agree : you cannot hand different games to different people at the same time. But won't complain much either ;)

In order for your friends to actually get anything out of this you have to give up your library until they are done. Otherwise this is just dad constantly kicking people off the family TV.

It gives them separate saves and achievements, that's not nothing.