Happened multiple times with Starcraft Ghost before the project was just scrapped.

The Guild 3 - still in early access - has been through at least two developers so far.

Oh good point. And it’s not…in terrible condition. I really, REALLY liked The Guild 2, and while 3 certainly doesn’t have the same magic, it’s playable, and it’s not bad. I’ve put a decent number of hours into it.

I mean it really all depends on where things were, right? They lost the lead writer awhile back, so if core systems are in place and they are mainly lacking in narrative, it might not be a complete disaster.

On the other hand, it could be a miserable mess of a failure, and that would make me very sad.

Yeah, this isn’t a new thing. Publishers have yanked games away from devs and tasked another studio to either finish or restart development before.

I will say that I’m having a hard time thinking of an instance when that happened and the finished product actually turned out better than mediocre. Maybe Prey? Although that was a completely dead license that was just pasted onto a game Arkane was already developing.

Dead Island 2 was pulled from Yager.

I will say that I’m having a hard time thinking of an instance when that happened and the finished product actually turned out better than mediocre. Maybe Prey? Although that was a completely dead license that was just pasted onto a game Arkane was already developing.

I think the best thing that will come out of this project will be the Jason Schreier long-form retrospective.

Poke this one with a stick. Actually, wind back the clock until you get the point when they fired the original writers with zero warning, and poke it with a stick then

Yeah, I can’t think of a time when a development was moved from one team entirely and the game didn’t suffer for it. Maybe the Splatterhosue reboot? Usually it would only work if the project gets rebooted and begins development from the ground up again.

A Seattle-based developer on Resetera shared these thoughts on the current situation:

I’m going to take a radical different perspective. The game that Mitsoda and Cluney were pushing for and wanted to make just wasn’t marketable in 2020, which led to their removal. Paradox and HSL attempted to pivot and salvage, but the task was just too great.

The game was in a weird spot. A $30 million budget RPG that was probably too niche and a team that had never made anything of comparable scale before. The developer, which is partially owned by Paradox, is surrounded by massive studios that can offer staff better salaries which could go some way to explaining why recently their website had quite a few senior positions vacant for long stretches of time.

To me the big question is who could have Paradox brought in to salvage the project? What independent mid-tier studios are left? Yager, Sumo Digital, Spiders?

Based solely on my admittedly limited time spent with Greedfall, Spiders doesn’t seem like a terrible choice to pick up this game. Good call.

It’s interesting that Paradox didn’t actually name the studio getting this hot potato. Leads me to believe they’re not even done negotiating the contract.

Wow, if this White Wolf brand and community person tweets are anything to go by the new team’s mandate is a broad one! If it wasn’t for sunk cost fallacy I would say there’s a good chance the game would be cancelled by now.

@Mewing_Tryulis The new team got everything HSL did so far, they have game, assets, documentation, all that jazz. It's up to them whether they will focus more on polishing edges, or reworking some stuff they believe can be made better. We need to wait and see. :<

Now, we just need to wait for what the new team will bring. They received everything HSL has done so far, and that's *a lot*, so we need to hope for the best. VTM community really deserves a great game after all these years.

Maybe Harebrained Schemes have taken over the project? I believe they’re owned by Paradox. 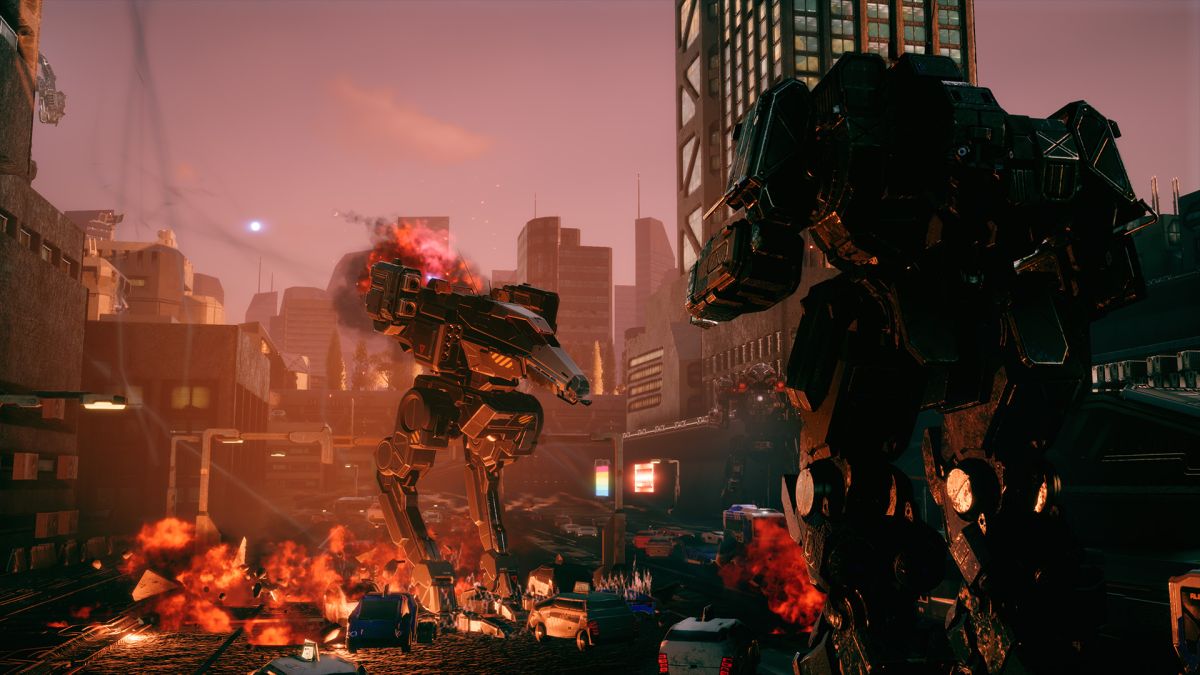 The BattleTech devs are working on an unannounced horror game

Harebrained Schemes has put up job listings for a "horror project."

The game that Mitsoda and Cluney were pushing for and wanted to make just wasn’t marketable in 2020, which led to their removal.

This makes me sad. VTM:BL is an enduring classic. Dead State was a rough indie title, but Mitsoda knows his dialogue trees.

Maybe Harebrained Schemes have taken over the project?

At first I was like: :O
And then I was like: you know, they did 3 dialogue-tree RPGs before MW. Maybe they can scale up…

Never let Marketing decide if your game is marketable.

Count me in as very interested in reading the inevitable post-mortem for this.

I earlier hypothesized that some executive at Paradox must have finally played the thing and hated it when they fired all the lead creatives some time back.

Is 2022 even a realistic release date with a studio change? Depending on the size and complexity of the game getting an entire new team of people working with unfamiliar code could be… a real nightmare.

Maybe the lead designer or something decided to completely change the direction of the game, and wanted to “streamline” it into Doom-like shooting or platforming, or something. You know, like VTM: Pagan

The developer suggested people look at Mitsoda’s last released game, Dead State, as indicative of his approach. He was more of a writer than a designer, and his conception of gameplay wasn’t necessarily aligned with the mechanics and desires of modern players. The creative director Cluney was a level designer on FEAR and the cancelled version of Doom 4 before leading Special Forces Team X, so Bloodlines 2 was a massive escalation in terms of responsibilities.

So is this whole thing just a bigger scale iteration of the tension in the original VTM:Bloodlines design between RPG/stealth/dialogue/non-combat gameplay versus shooter-O-rama? I still remember the vast disappointment that many RPG types like myself and Angie G felt back in the day when we got deeper into the original Bloodlines and encountered the transition from dialogue-centric gameplay to Shooter Shooter Shooter (Hollywood sewers, I’m looking at you).

That could explain things if so.

Could be that. Vampires do kind of lend themselves to the shooter genre with super speed, strength and various magic stuff. The persuasive, charming and manipulative side of vampires is definitely more challenging to portray in a first person game. To my knowledge Bloodlines 1 is the closest anyone got but it wasn’t flawless by any means.