Not my cup of tea (mostly because I don’t like pvp anymore), but a Dishonored style combat for Battle Royal isn’t the craziest idea

This has been in production since at least a pair of years, so its existence isn’t related to Bloodlines 2 going down the drain.

So Paradox tasted a drop or two of blood (lots of DLC) and now they want to suck people’s blood to the very last drop (F2P BR with microtransactions). It makes sense.

This looks intriguing, though. 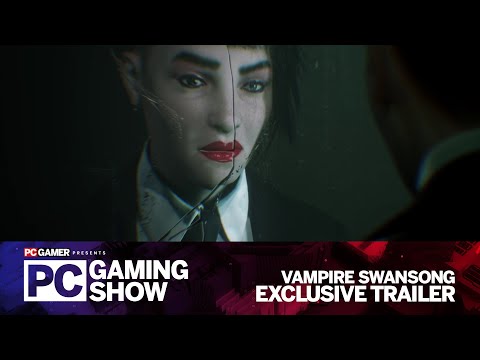 No update on VTM:B2 yet, huh? Still can’t help being curious what’s going on with that one.

I thought you were joking but I just checked the Steam page and it’s a F2P battle royale. Neat :/

Is this like when MS got the Shadowrun IP and released a action shooter arena game? Talk about not understanding the IP!

That could have been a great game. There’s nothing about Shadowrun that says the IP couldn’t make a great shooter, or MOBA, or narrative adventure, or puzzle game. That particular endeavor licked balls, but that was simply due to poor execution.

My google fu is weak today but there is a stream with Adam Sessler talking with an overwatch announcer/commentator. There was a long conversation about how good that shadowrun game was. They basically said it foreshadowed everything that makes a great pvp game today.

A lot of people who actually tried the Shadowrun PvP game wound up liking it a lot. The main issues for that game was that it was a bit ahead of its time, Shadowrun fans hated the concept before it even launched, and GFWL killed the PC version.

At least my playing for Shadowrun both locally at at Gencon tournaments, it was about investigation, fast-talking, lots of recon/intel, and then a carefully planned run where the best outcome is no weapons are used. The Shdowrun game by Harebrained was pretty good at this, but Duex Ex with more dialog would work too.

Vampire the Masquerade was about diplomacy and guile, and lots of powerplays and politics. Just like in Shadowrun violence is often the last option and only when you have stacked the deck in your favor.

Neither to me is a great IP to make a pure PvP arena game. Sure you could make a great game called Shadowrun as a arena shooter, but its really any other arena shooter with a thin veneer of Shadowrun IP applied on top. Same with VTM.

I definitely see both sides of the argument. The idea of running around as a magical vampire fighting other magical vampires in a city-scape with some verticality could be quite cool if done right. But just slapping an IP label onto something that wasn’t really ever about vampires duking it out on the rooftops is definitely going to rub certain fans of the IP the wrong way.

Hehe, you’ve played Shadowrun VERY Differently than we did. Our runs were usually about planning ingenious methods of getting into a place, and THEN shooting it completely to bits, usually ending with one or more of the players dead.

We didn’t really have any outside influence on how to play the game, so it was basically a boardgame without a board, and we approached it as such, and the combat rules and all the excellent gear were there for a reason!

Our runs were usually about planning ingenious methods of getting into a place, and THEN shooting it completely to bits, usually ending with one or more of the players dead.

I think players getting dead was why we adopted the playstyle we did :) But it was good the GM went along with our grand schemes…basically if the plan was cool he’d go with it (or at least not block it). There was a bit of a Ocean’s 11 vibe to our games…like we literally had a face PC, of course we had deckers as the hackers, the mages/shamen pulled magical recon and phys adepts pulled physical recon.

Paradox’s CEO discussed the status of Bloodlines 2 in an interview that’s been translated on Reddit:

How close have you been to shutting down the game, or has it become too big not to continue?

"When we lifted the game from the original developer, we had a long review in case we should end the game or run it further. Then we were actually prepared to close the production completely. But we got a ‘pitch’ that we thought was convincing enough to run. played on and we have very good hopes that it will be a good game that meets the players’ expectations ", says Fredrik Wester.

Paradox has not yet announced who took over the development of Bloodlines 2 . Fredrik Wester fits the question but states that it is “a very reputable and talented developer” who has made a number of different games before.

When Bloodlines 2’s developers were replaced at the beginning of the year, there was speculation in the industry media that the game more or less needed to be redone from the beginning. However, these are speculations that Fredrik Wester does not confirm, but he states that much of the development that was done then can still be used in the game.

There has also been speculation in a launch of Bloodlines 2 at best in 2023?
“We have a while left, so you could say”, comments the CEO.

Paradox came close to scrapping the sequel. The “pitch” seems like the new dev is trying to create a new game by retro-fitting some of Hardsuit’s work. I can’t think of many instances where a game’s code was taken from one team and handed off to another where it worked out well. I’m not talking about rebooting a project in name only, but taking another team WIP and seeing it through to shipping. Hardsuit were originally supposed to release this belated sequel in March 2020! I cannot wait to read the inevitable behind-the-scenes feature on the game’s development.

Any chance it might have been Triumph Studios stepping in?

I’m very interested to find out who’s taken over and I’m surprised it hasn’t been announced yet. It makes me think Paradox is lacking confidence in the project or some elements of the deal are still being negotiated. I guess people can keep an eye on job listings for mid-size indie devs to see if there’s any recommendation for first-person RPG experience or other potential tell-tale Bloodlines signs!

Paradox came close to scrapping the sequel. The “pitch” seems like the new dev is trying to create a new game by retro-fitting some of Hardsuit’s work. I can’t think of many instances where a game’s code was taken from one team and handed off to another where it worked out well. I’m not talking about rebooting a project in name only, but taking another team WIP and seeing it through to shipping. Hardsuit were originally supposed to release this belated sequel in March 2020! I cannot wait to read the inevitable behind-the-scenes feature on the game’s development.

Fwiw, when I worked at a game studio in Australia one of my coworkers left and went to work at another studio in Australia (I forgot the name, it started with a P). He was working on a Batman game when the studio got shut down, and when that happened WB took a lot of the art and other development assets and had them used in Arkham Asylum.

I had no idea that Rocksteady used assets from another team’s efforts in their breakout hit - an absolutely incredible game, too.

I suspect this game is gonna be terrible, if it ever sees the light of day.

The weird thing is that they blew through two release dates, so you would expect that the game would be largely done in terms of content, even if it’s not finished or fun to play.