It looks good, but being an MP-only game, it will live or die based on the community. 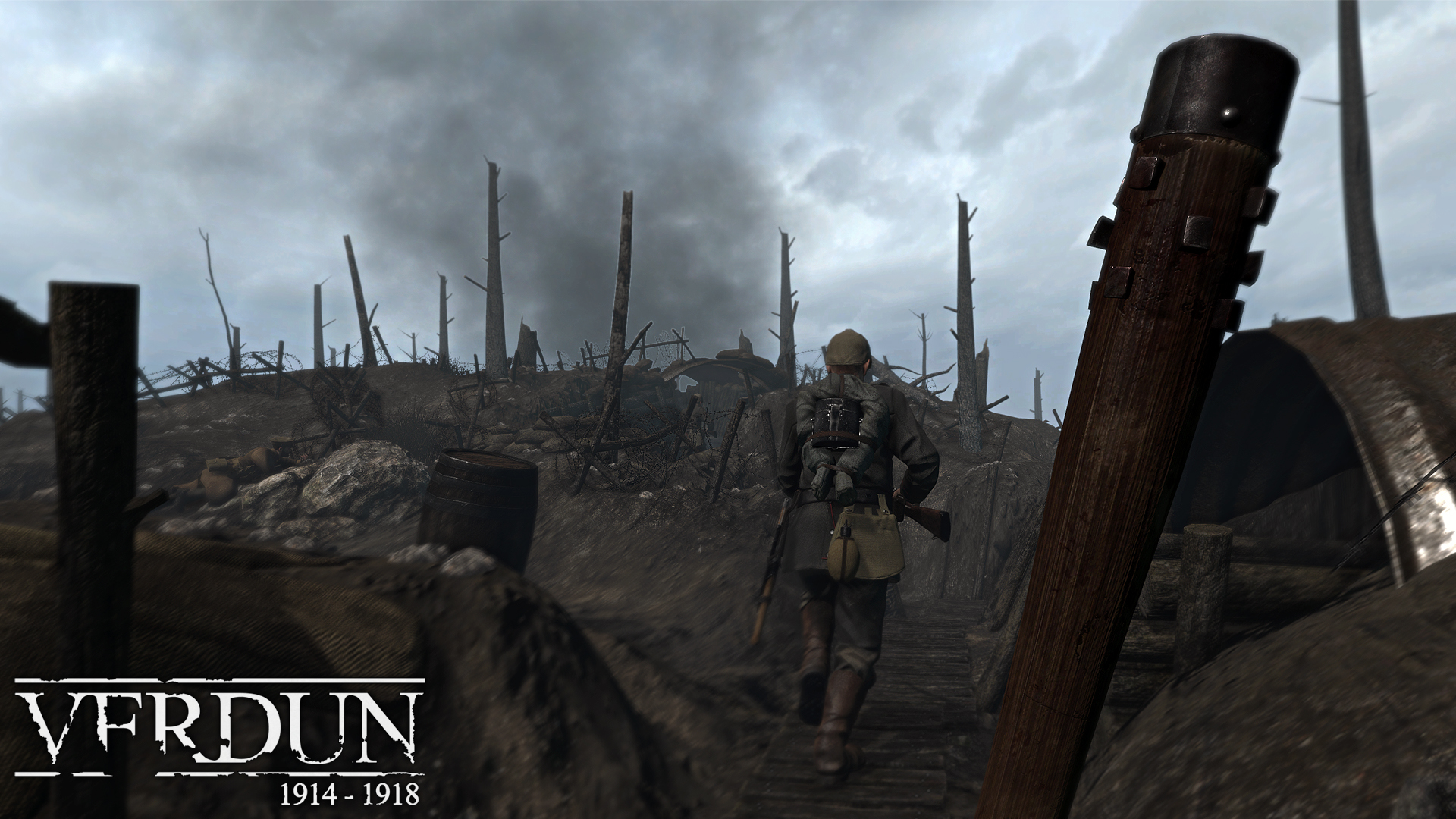 I can’t see how the actual battle style of trench warfare will ever be replicated in a multiplayer FPS. Massed+suicidal charges?

From what I can tell from the comments on Steam, it’s very team-oriented, goals are actual trenchlines and stuff, and it’s very frustrating in that it takes a collective effort to actually accomplish anything and it’s very brutal. I’m intrigued by the setting and the concept but it seems like a very niche sort of thing with what will probably be a very small, intense community.

…it seems like a very niche sort of thing with what will probably be a very small, intense community.

That’s my main takeaway as well. Red Orchestra 2/Rising Sun is niche enough and they make a few concessions to the normal shooter audience. This seems ultra-focused.

Indie, MP only, in Early Access for nearly a year before release? DOA.

Haha pretty much , reminds me a lot of Red Orchestra 2, where its just not fun to run for 30-60 seconds into battle only to die as soon as you are out of cover from 1 bullet.

Haha pretty much , reminds me a lot of Red Orchestra 2, where its just not fun to run for 30-60 seconds into battle only to die as soon as you are out of cover from 1 bullet.

There were ways to adjust to that in RO2 like slower, more deliberate movement, using the environment and cover as much as possible, etc. Part of the fun of RO2 is figuring out workable tactics in that ultra lethal environment.

I played Verdun, probably 8 months ago, and while it mimics the high lethality of RO2 it lacked the excellent map design and basic things like cover (besides crouching in trenches). As soon as you peaked over the top of the trench you were dead if the opposing team even partially knew what they were doing. So I suppose it has some historical accuracy in that sense. Most of the gameplay consisted of laying flat against the earth in a non-conspicuous area and scanning the enemy trenchline with your bolt action rifle for any movement. RO2 is more dynamic since you can advance under the protection of cover and suppressing fire and try out varied tactics. Verdun was enjoyable when I played it, but I felt that it could become stale and repetitive after a while…the muddy cratered no-mans land doesn’t offer much tactical variety.

I bought it at the last seasonal sale, played it for a couple weeks and really liked it. I thought it did a great job modeling the lethality of WWI… but it also did a great job showing the futility of WWI. I think all of the maps look really good, but they all pretty much play the same. I certainly felt I got my money’s worth, and I think it is a solid shooter that is worth playing just for the novel setting alone. I’ve always been fascinated by WWI, so that might have colored my judgement, but something about sitting still and scanning the horizon for any movement, gameplay that rewards playing smart over twitch skills, and the punishing gameplay really appealed to me. I enjoyed the learning curve of “How the heck did I just die?!” to “Those guys don’t know what hit 'em!”.

But, as I said, I only played for a couple weeks. After a while it all kind of got samey, which I think can be attributed in part to the setting.

Free expansion update coming called The Horrors of War. The developers are adding a new map based on the French fortress of Douaumont. They’re also adding a “historical offensive mode” that puts one team on defense and the other on offense for the match instead of having shifting goals like the standard mode. They’re revamping the gore system, punching up melee combat, and beefing up the weapon roster by doubling it. (You can see some of the new weapons here.)

It’s Christmas Truce! World War 1 has a merciless dark side, yet also a surprisingly human side to it. In 1914 French, German and British troops held a remarkable truce during Christmas. During this truce, soldiers from the Entente and Central Power...

This video from “Squire” made it seem like jolly good fun. https://www.youtube.com/watch?v=vFs9xvMUi-8

I’ve been wanting to buy this for a while but are there enough populated servers to make it worthwhile? I’ve bought a few indy multiplayer games over the years that had empty servers a few weeks/months after release.

RO2 now has a player made WWI mod. Still in development, but pretty cool.

I didn’t even realize this was coming to consoles.

Obviously, this is more “realistic” than Battlefield1, but man does it compare poorly in production value. Yes, I know. It’s an indie team. It’s not fair to compare it to something from a multi-million studio, etc. That doesn’t change the fact that it’s inevitably going to be compared to Battlefield1, especially since people are playing the beta at the same time.

Really unlucky timing for the devs.

I will say that on the PC this game really grew on me to become one of the few MP shooters I keep installed on my machine. It cannot compete on production values, but when players get tired of jumping out of a biplane to snipe a tank driver in mid-air then parachute onto a horse’s back…and want something closer to authenticity this will deliver it.

The developers are releasing an Eastern Front themed standalone that will support up to 64 player matches online.

I am glad the developers are pushing forward with this even in a world where Battlefield 1 exists. Verdun (and now Tannenburg) offer WWI with an eye towards simulation/authenticity. I would compare the combat model and pacing with that of Red Orchestra 2, Rising Storm, or Insurgency. A game that requires deliberate movement and careful marksmanship.

Really cool! Thanks for the heads up.