New Dev Diary. First 1/2 is on changes to make battles happen faster by making Morale drop faster. The rest is all sorts of random changes — updates to what government and military wages do (less impact on Interest Group approval) a few extra side effects, making government coalitions harder unless partners are somewhat aligned.

Full patch notes promised for next week’s Dev Diary, so I assume that means release is not that far off.

Happy Thursday! Today we'll talk about some more changes we've introduced in patch 1.1, including how Morale works. For starters, why rework morale? One piece of feedback we heard a lot of post-release was that it was frustrating to watch long...

Had they shown off the other changes to the military interface? That breakdown when showing off the morale changes had bunch of different stuff I’ve never seen before that wasn’t morale related. Glad they are adding more info there!

I haven’t heard anything about changes to military for 1.1 before this Dev Diary. I think the general suspicion is that military and diplomacy will be a focus on 1.2. They sure do need to update the battle interface though to show the number of troops in the battle on the main screen though. From what I’ve seen that’s confusing an awful lot of players.

One thing I get from reading about army logistic from ACOUP is that pre-railroad, the options for areas that don’t have a coastline or navigable river really are practically non-existent on an industrial scale.

Canals. Although there are a lot of limitations there, and the canal era was alreadying ending at the start of the Vicky time period.

Less of a concern for acoup as I dont think they were ever a serious concern in military logistics.

History PhD from UNC Chapel Hill who likes Paradox Games, uses them on occasion in his classes, and has a History Blog named “A Collection of Unmitigated Pedantry” — aka ACOUP. Here’s his blog post on Victoria (previously posted upthread by @Mark_Crump)

Yeah I should have mentioned canals. They are definitely in an awkward place for a Victorian era game.

I don’t know much about canal history outside the UK. Was anywhere outside western Europe at the right level of development to build them before they were obsoleted by railways?

I figure the easiest way to represent them would be a small localised infrastructure bonus for provinces with historic canals until railways take over. May not have been worth bothering with.

The big one I know of is the Erie Canal in the US which was completed a decade before the game starts. A quick glance at Wikipedia indicates the peak year for it was 1855 so well within the game’s timeline. I already think it’s a bit ridiculous that the great lakes have a lower infra bonus than rivers.

I love his blogging, and this post finally convinced me to buy the game, I think. I was going to buy it eventually, but was trying to hold off.

Thanks for posting the link.

I picked up the game and I’m at somewhere around 1900 as Belgium. Gotta say, I’m really loving it. I understand how different nations might end up being pretty samey but I’m nowhere near there yet (I mean, obviously, since I’m only halfway through one game).

However, it does seem a little… easy? Maybe that’s just Belgium, though. I started with a pretty big gold reserve and went fairly deep into debt in the first decades of the game just massively industrializing, and now I’m just super rich. (Or I was, until I decided that the poor need welfare, for some silly reason.) Belgium is #3 right now, and honestly I’m not sure if I’m going to be able pass the UK (#2, though I just beat them in a war without too much trouble) or France (#1, close ally).

I cheated a couple times and reloaded when France or England sided against me in early diplomatic plays. It’s kind of confusing to work out what they’re going to want. For some reason England was really keen on opening up the Ashanti market; they’re a subject of mine, and since I usually have a trade agreement with the UK my understanding is that they basically have access to Ashanti goods anyway.

Speaking of opening up markets, the US was busy faffing around with Texas and Mexico (took them a long time to come out on top, and Mexico still has a Coloradan enclave) so I set about opening up Japan. They got the UK on their side but my siege artillery just absolutely smashed their peasants while British regulars tangled with Belgians and well-trained and equipped Nigerians (more or less) in deepest Congo. Japan capitulated out and I had basically fought the British to a white peace, but I figured I’d let them open the Ashanti market because maybe then they wouldn’t be so keen to oppose me anymore. So now the Ashanti have free trade, just like that, when it took me decades to finally get a set of party leaders who made it barely possible, and even then needed some help from the King.

And after like a hundred thousand dead and a hundred million spent, AFAICT I’m getting bupkis out of the Japanese market–I wanted oil but it’s just whale oil which isn’t going to run an assembly line, I think. Oh well, seemed like the thing to do at the time.

So to make up for it I actually cheated (considering the other reloads as “learning experiences”) and looked up where oil might spawn and it looks like the Belgians are heading for Borneo next.

I do have a few questions/frustrations:

An amusing parody, a nice “stream”. 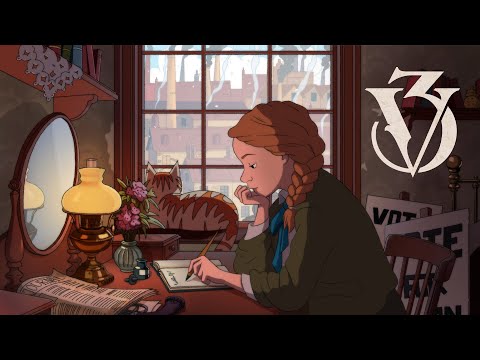 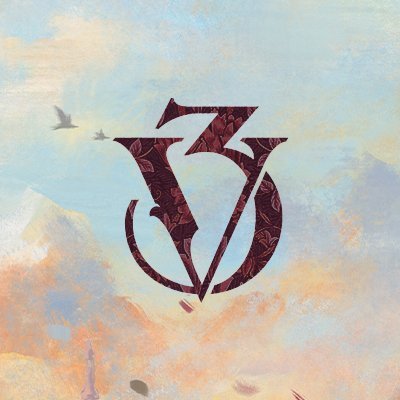 @PDXVictoria
We want to thank all Victoria 3 players! With 500k games sold since it's release a little over a month ago, this is one of the most successful Paradox launches ever! https://t.co/jerZ5fi10P 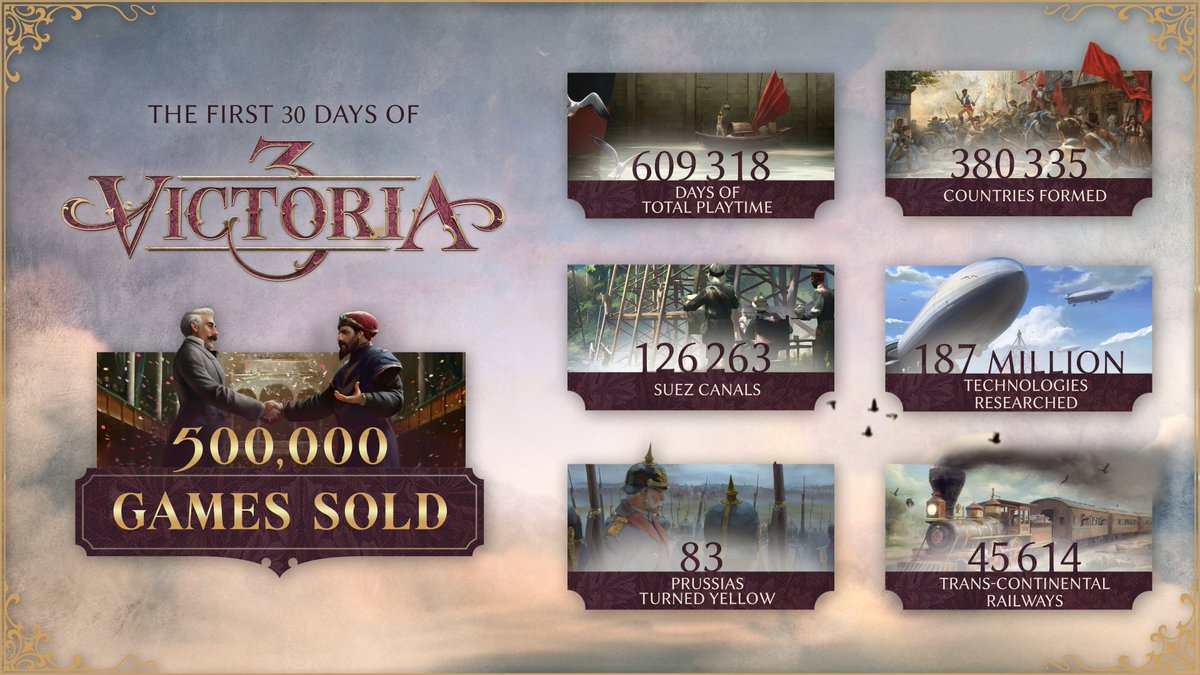 That’s great to see especially for a Vicky title. I was worried it would sell poorly and go down the Imperator road of no improvements or future patches. I hope we get 1.1 before they head out on their winter break.

I somehow got a whole bunch of radicals (25%) in Flanders.

The downfall of the monarchy was not brought about by the wave of radicalism sweeping Europe, but by the Free State Question. “Why should one man be able to treat a country like it was his own house?” A few short years* after Leopold of Saxe-Coburg-Gotha unilaterally took the heart of Africa for his own, the Congo Free State–which was anything but–was reincorporated into Belgium at the behest of the international community. The momentum could not be stopped and soon thereafter the monarchy was abolished and the United Belgian States proclaimed. The former king persuaded the Rexists of Wallonia and the Hausa states to secede, but they folded, despite the ex-monarch’s expertise with the machine gun**, without violence when Belgium’s allies (Austria, Scandinavia) refused to recognize their independence play. The remaining monarchists were pacified with the revocation of the national guard and introduction of guaranteed liberties***, leaving only the long-marginalized landowners and church advocating for a return to despotism. Their time has passed, and a glorious future awaits the free people of Belgium–European and African alike.

*though they felt much longer
** I put him in charge of the armies to try to get him killed, but it didn’t work and he got an event that made him a machine gun master. I would have sent him on the Antarctic expedition and left him there, but I couldn’t. [I also have no direct evidence he was behind the monarchy restoration movement, but come on.]
*** For some reason. 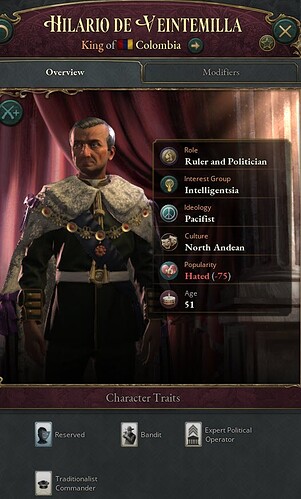 He is descended from a noble European family that once held fiefdoms in Liguria, France, Spain and Italy, and his ancestry can be traced to Charlemagne.

So why a king? Interesting story. So playing Colombia (then Nueva Granada) we had Debt Slavery which was just impossible to shake off due to the political dynamics. It was keeping us agrarian, stifling growth, etc. along with the obvious moral objections. So I figured if I changed to Monarchy, it would keep the landowners on-side if I ended Slavery; maybe even make it possible. As well, the Church was all for it. But the radicalization of the trade unions and the intelligentsia that followed was leading to revolution brewing as the change in government was being approached. I bolstered the Intelligentsia; to no avail! Until…it reached 60% and just stagnated.

And then, we get Hilario up there in 1845. A MEMBER of the Intelligentsia along with a British-style Parliamentary Democracy. The Intelligentsia LOVE him (though he’s kind of a corrupt tax-stealing bastard). And the resulting Legitimacy and ability to bring the Intelligentsia into coalition and we ban slavery toot-sweet.

An interesting country to play. The French have showed up in 1867 and offered me +30 income for 10 years for a Canal Zone. I say, OK. France is far away, and not close like the USA. Its currently paying for my industrialization.

Well my Shah in Persia sure kicked the bucket at 80 I think.

Hello and welcome to the final dev diary on the subject of patch 1.1! The release date for this patch is Monday December 5th, at 10:00 Central European Time. Your existing save games should be compatible* with 1.1, but as usual we will backup the...