HAHAHA, they figured out the conditions for the bug so now switched back to Egypt to try again on I guess a different build?

For all the crap Paradox come up with, they are the best map makers in the business. This thing is just ‘chef’s kiss’. 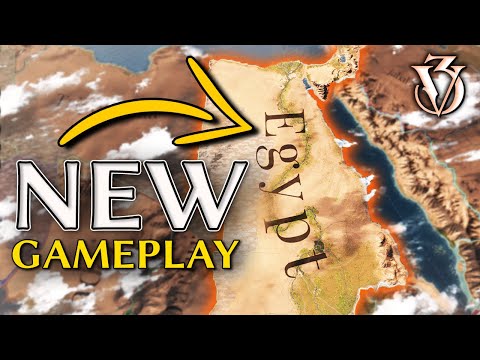 Yeah, that is one nice looking map. Imperator may lose its crown as best looking Paradox map.

They’ve sure made big leaps since their early 3d maps cough EU3 cough. They’ve gone from something you look past to works of art.

Finally, i think this will be a fantastic game, and the use of battleplans is genious, I never liked the micro in Eu4 , and now we can focus on building a country and being perfectionists…

Think about how much time you use in Civ 6 building perfect cities and how disconnected warfare feels, Victoria 3 does away with this, and keeps you connected even at war…genious.

Thanks for posting that video, @SamS . I watched the whole thing. It looks great. The narrator says the hands-off implementation of combat is controversial, but I hope they have pulled it off. I have lots of wargames; I don’t have many economic-political simulations.

As @abrandt noted, all PDX maps since EU3 have been 3D.

I’m sure it’ll be worth it.

I’m not buying until the first DLC discount, but that’s because I have so many good games backlogged to get to. In general I don’t buy anything full cost anymore, except for maybe 1-2 titles a year from smaller/niche devs that I really want to support.

I think it’s a pretty safe bet that the core game design is solid. Whether it’ll be worth waiting a couple weeks after release for them to sort out some egregious bugs remains to be seen.

Yes and no. I think I will get my money’s worth, I want the extra music from Victoria II (reportedly amazing, though it’s been remastered which is not always a good thing), and a 3rd-party site discount helps.

I also want to support interesting niche simulation games. Paradox seems to know this may be an unpopular title due to the subject matter and complexity and changes, but they’re taking that risk rather than compromising on the core vision or skimping on presentation or playing it safe.

However, nothing fundamentally prevents the launch version from being buggy or flawed or just bad. Zero pre-release reviews called out the disastrous state that Distant Worlds 2 launched in, so the press are not trustworthy on games of this sort (… and probably the rest, they all like to sell hype).

It may also turn into another DLC clown car, as this appears to be the cost of long term Paradox support. They indicated a shift toward gameplay features being included in core updates rather than mini-expansions, so expect a lot of ignorable “immersion pack” fluff.

I hate pre-ordering on principle and rarely do so, but I’ll probably buy Victoria 3 just before launch. I expect Paradox will live up to their reputation, for better or worse (or both).

Victoria 2 music is engraved on the surface of my brain so I have a good reason not to pre-order.

I am going to get this on Day 1, because even if I don’t play it much, Paradox is a developer I want to support.

That said, not being combat focused is a plus for me. One of my goals for the year is to actually get comfortable with the Paradox games. This one, not having to worry about the Ottomans storming my gates is a good thing.

That said, not being combat focused is a plus for me.

Me too. I have plenty of games for that. Hearts of Iron, Total War, Age of Wonders, etc. etc.

I always agree with you, from politics to games… until now LOLOLOL. I hate the CK3 music as it has no personality and is so drab. I had to import CK2 and other Paradox music to replace it.

Anyway, it seems that Paradox themselves agree with you. Victoria 3 music uses the traditional bombastic soundtrack and only differs in the way specific events have their long queues. Also I think the music changes more often depending on the situation like the war declaration mandates a switch of a soundtrack to war music. But I might be misunderstanding how it works from the stream.

It’s been like 20 years and I still have the Fa La La song burned in my brain from EU2. And I wouldn’t trade that stupid song for anything :) 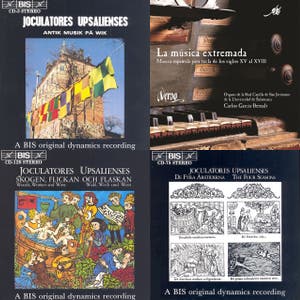 If anyone else was struck by a sudden wave of nostalgia just now; I mentioned the falalas and was immediately compelled to look it up.

I can still yell (it’s not really singing) Falalalan at a moment’s notice. For anyone else who hasn’t heard it, or just wants to hear its dulcet tones again: 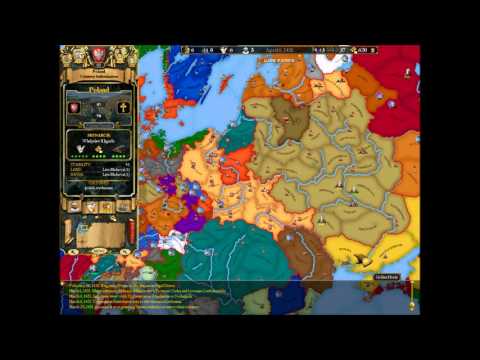 Someone… put that in a game? As background music?!