Yeah, Victoria does a lot to simulate some of the critical elements that shaped society during that time period. Things like industrialization, social awakening, the age of revolutions, socio political identities as non homogenous units.

But what it lacks as a major element, is the huge impact of innovation in transport, particularly rail and naval. The transition from wind to coal and diesel had huge impacts, but they are just felt in too abstract of a manner in Vicky2.

That’s not a knock. But if I were to peg one area I would like to see fleshed out more, and given more importance and prominence that would be it.

Also interesting observation from the screenshots. It seems each state has multiple independent settlements in them. Wonder how that will work? Very noticeable here 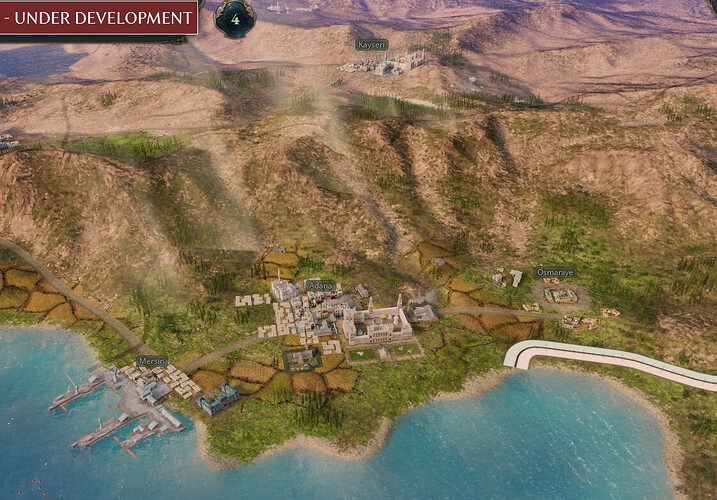 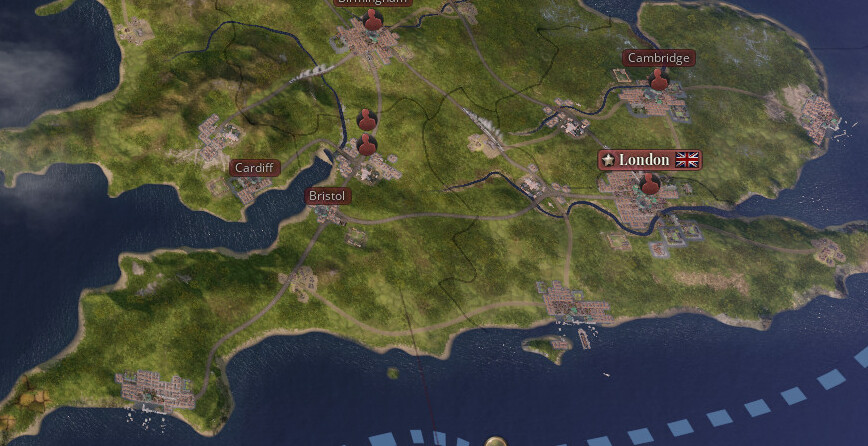 It seems each state has multiple independent settlements in them. Wonder how that will work?

Wonder if it’s similar to the concept of a province in Imperator, where one province has multiple settlements and cities?

Wonder if it’s similar to the concept of a province in Imperator, where one province has multiple settlements and cities?

*The map is divided into States and Provinces. There are about 730 States at game start, which are the smallest unit you will interact with for purposes of politics and economics.

I hope they get pops right, given the fiasco in Stellaris. Their use of “pop groups” makes me hope they are willing to abstract somewhat more towards Imperator - which I’m unfamiliar with but have read did that well.

Considering Victoria was the original “Pops” game, I would sure hope they get the pop system right.

Glad those provinces won’t be overly micromanagey. That’s still probably my least favorite thing about Imperator even after they’ve done a lot to address it.

I hate the ‘pop’ system…there I said it

and yeah, kudos for more diplomacy…so far there is not ONE strategy game ever created that gets it right

Yeah, I’ve had my suspicions that’s what he left Stellaris to go work on ever since one Christmas break he and another dev released a new patch for Victoria 2 in their free time. I thought he was probably down in that code learning how everything worked in Vicky 2 to get ready to work on the sequel.

Plus, I mean, there was the Victorian Secrets dating game he’s been working on. :)

If Victoria 3 includes Victoria Secrets models, It is a day one purchase for me.

I really liked Victoria II, despite it is many flaws, so it will probably be a day one buy, even without the models.

Any particular annoyance with them? Last time I went back to play Victoria 2 I realized how bad some of UX was for trying to get good info for pop concerns and that left me frustrated. I have a strong suspicion that they’ll have that in far better shape this time around.

Nah, that one is dead, alas.

Is it? I didn’t really pay it too much attention because I had other stuff going on, but it was in a bundle I just picked up and was thinking about giving it a shot.

Paradox announced they were pausing work on Imperator. There is the possibility they will return to it, but at the moment it seems they are done.

I mean, officially, they’re pretty sure they will return, but… who knows.

You should give it a shot. Just don’t expect anything else coming for that game. As far as I’m concerned, it’s one more abandoned game in a long list of abandoned games by Paradox.

While I definitely wanted them to do more with the game, it’s very much a complete title that can provide 100+ hours of enjoyment.

Thanks, all! I will definitely give it a shot. My gaming time is vastly insufficient compared to the number of games I want to play, so I’m not at all concerned that there aren’t a million DLCs for it. That’s actually a plus, come to think of it.

In. It’s the only Paradox game I have any interest in anymore.

I really like the increased granularity in politics in the game- Victoria 2’s political model was fixed and not really adequate for a lot of the more idiosyncratic movements of the period, like the Carlists.