Another good channel—that is admittedly very popular so I’m not sure how much value there is in mentioning it—is Game Maker’s Toolkit, which does short (15 minutes or so) videos about level design and the like. Some are about entire games, but there’s also, for instance, an entire series on Zelda dungeons. He also has a neat series about designing games with gamer’s with disabilities in mind. Here’s one on Donkey Kong: Tropical Freeze I like a lot. 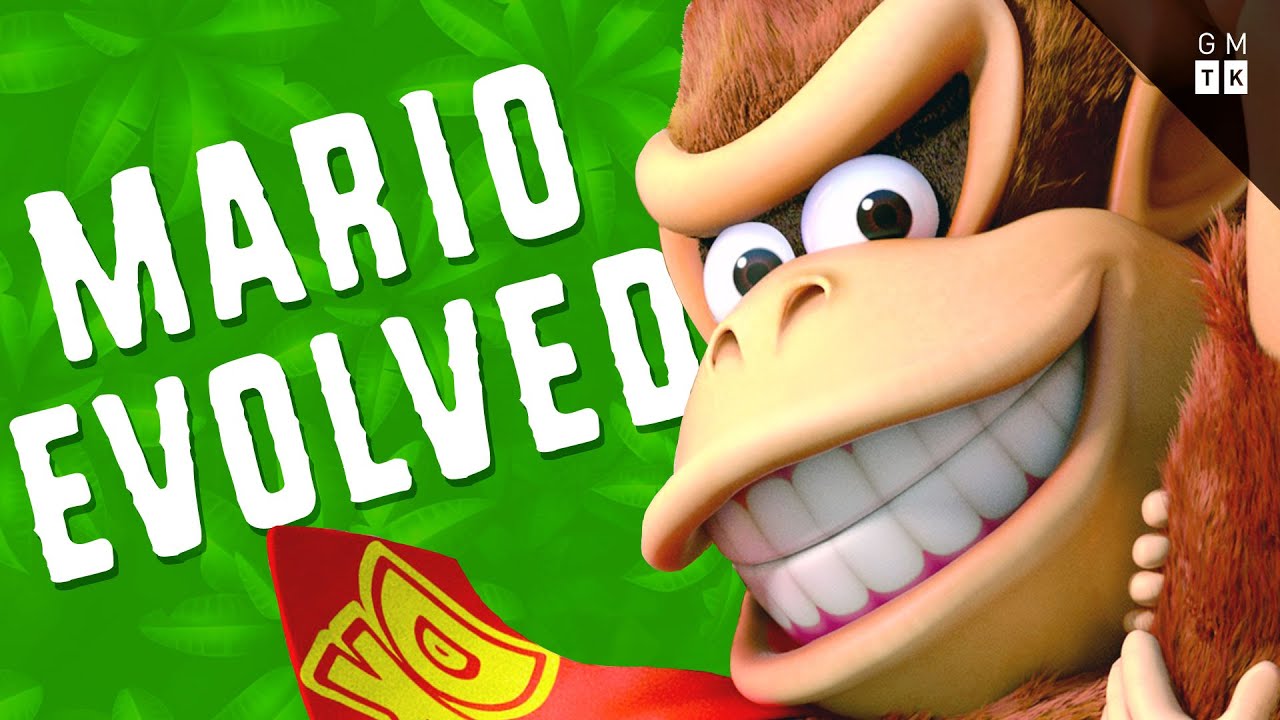 Yeah, I finished working my way through it earlier this evening (for those skeptical of the length: all his videos have clearly demarcated parts that are easy to stop and return to). This was the first of the games he has covered that I had never even heard of and it’s almost as good as his Doom review. I think of all the people working in this space I’ve seen, he’s the best. It does require some ‘buy-in’ of his persona, but he’s excellent if you’re not put off by his schtick. Despite there being lots of people who are good at this sort of thing, Rogers and Caldwell-Gervais are the only ones that I like enough so far to watch for games I have no interest in, knowledge of (like Tokimeki Memorial), or games I dislike.

And while I’m here, I might as well link to the great Jon Bois’ video series where he and Kofie Yeboah mess around with sports games in an attempt to ruin them (similar to Bois’ old ‘Breaking Madden’ articles).

I finished that Tokimeki Memorial Tim Rogers Action Button review. In the Bottom Line segment he talks tantalizingly about the sequel, Tokimeki Memorial 2, and it sounds incredible. I hope he reviews that someday, it sounds even more ambitious than the original, which I didn’t think was possible.

Honestly, it’s kind of blowing my mind that this game exists. I remember talking at Qt3 and before that on other forums about this nebulous game, as in “wouldn’t it be amazing if there was a game in which shooting and killing was not a verb, and you could play through a detailed story depending on your choices”. There is such a game! We have discussed “wouldn’t it be amazing if the scope of the game is so big that an average user playing through the game once would only see a small fraction of the game’s content? Yes, but I understand that’s not practical, a studio can’t justify the expense of such a game.” Well, guess what? There is such a game! It’s Tokimeki Memorial.

Now, the part that throws this all off a little bit, of course, is the fact that Tokimeki Memorial is a PG rated game about talking to girls. That’s definitely not part of that “fantasy game” that I was always envisioning above. But putting that aside, it’s still so cool that someone has already made games of such ambition and scope, and it blows my mind that I’ve been hanging out on a gaming forum for decades now, and we talk about games every day and I never even knew this game existed. A game with so many of the qualities I would have wished for, and I didn’t even know it was out there.

Anyway, there was an interview I heard a few years back with a guy who fancied himself an explorer, and he said that we happen to be born in a time when the earth has already been explored for the most part. Maybe not the deepest seas, but most of the rest of the planet has been mapped completely by satellites and such, and so what does a modern explorer do? He looks for things that are a little deeper, a little off the beaten path, a little harder to find. In his case, it was things like Blue Zones, areas of the world where people live to be over 100 years old, and that was just one example. I feel like this discovery and detailed exploration of Tokimeki Memorial was part of a deeper layered exploration of the world and gaming culture in a way, because it was there all along for some many years, but I never knew about it, so it’s a pretty thrilling event for me.

You sound like someone who’s now ready to dive in the deeper world of visual novels ;)

I’ve been going through that video pretty slowly but as someone who played Tokimeki Memorial and other games of its genre around the time it came out it’s been a bit of a kick to relive it after all these years. The mid-late 90s was a pretty exciting time to be a ADV fan with so many unique twists being tried for the first time:Tokimemo in '94, Doukyuusei 2 in '95, Sakura Wars in '96, and Kanon in '99.

One thing early one that annoyed me a bit is that to me Tokimeki memorial’s origin can best linked to Doukyuusei (a 1992 adult game that really kickstarted the modern dating sim genre) than any other game but Tim mostly skips that bit in favor of Tokimeki High School(although he does show some screenshots of it in the video). That was the first adult game to have major mass crossover appeal and inspired a ton of non-adult high school romance games…like Tokimemo. There’s a remake of Doukyuusei due out in a few months actually - that might get ported over to the US at some point.

I would say the Errant Signal guy is very good. 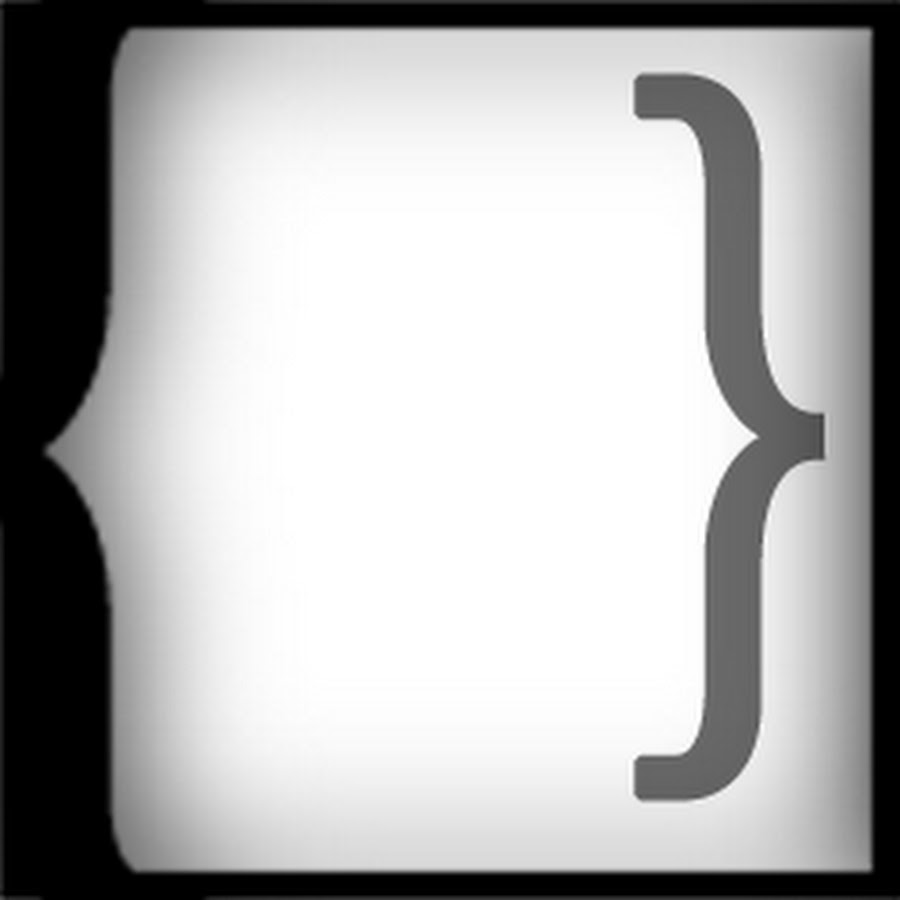 Patreon: https://www.patreon.com/errantsignal Here at Errant Signal we felt the world was lacking in internet reviews of videogames, so we set out to fill that void. Upon realizing it was standing room only, we decided to try that new Italian place... 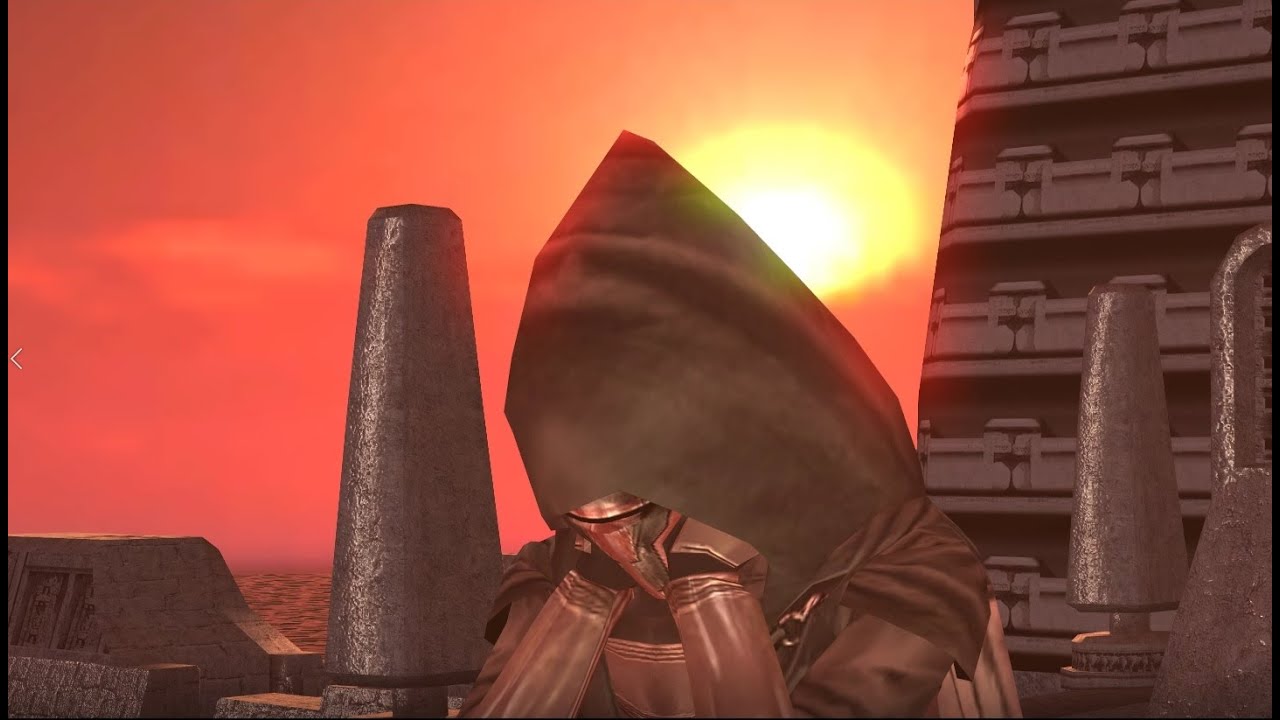 Appreciated. Hate to see a thread I created wither and die.

Is he dressing at the end of the video like David Foster Wallace for a reason?

I found this channel’s perspective fresh and amusing:

We are Shelby and Matt, just a couple of gamers making comedy videos about our favorite thing!

Thanks! That was great. In the 90s I saw a documentary about Joseph Campbell and Star Wars, and even that didn’t go into as much detail about the monomyth and Hero of a Thousand Faces as this does.

I remember a several hours long interview on PBS years ago with Bill Moyer talking to Joseph Campbell. I must admit while I found it interesting I also had trouble staying awake thru the whole thing.

The KOTOR 1 & 2 video above is really only super critical about how both games start you off with a pretty boring starting area. Thinking back on that, I guess that’s true in a lot of RPGs. I thought the start of Jade Empire was pretty boring compared to the rest of the game too. Let’s see, the original Baldur’s Gate had a dreadful start, but then the rest of the game wasn’t much better. Mass Effect’s opening planet/mission was okay. Most of the fascination for me in Mass Effect was found in the encyclopedia thingie, where I read up about Mass Effect gates and human first contact with aliens and the Citadel, etc. Basically all the exciting stuff for me in the start of Mass Effect was in that text, not in the actual first mission. Fallout had a fascinating opening, one of my favorites, but then Shady Sands was a really limited area in terms of quests and player choice. Basically if you mouthed off in return to Ian mouthing off to you, you had to fight not just him, but the whole town. That was so bad. Fallout 2’s start had the temple of Trials, which was an interesting way to start, I thought, but a bit anticlimatic after that fascinating opening movie. The Witcher 3’s opening little town was excellent, I thought. It was a microcosm of the whole rest of the game to come, which is probably the best way to do an opening for an RPG I would think. The opening Act of the original Witcher was the same, it sort of gave you a picture of what the whole game was like.

I think the issue with opening levels in RPGs is that they often function as tutorials and after you’ve played a few of them you pretty much know how to play all of them so nothing the tutorial level tries to teach you is engaging. If they work at all it’s usually because there’s some story hook at the end that draws you into the world (like in Pillars of Eternity) and that’s only at their conclusion.

This is not as good as most videos in this thread but by golly they really came up with a lot of games in famous series that I’ve personally never heard of. That doesn’t happen very often. 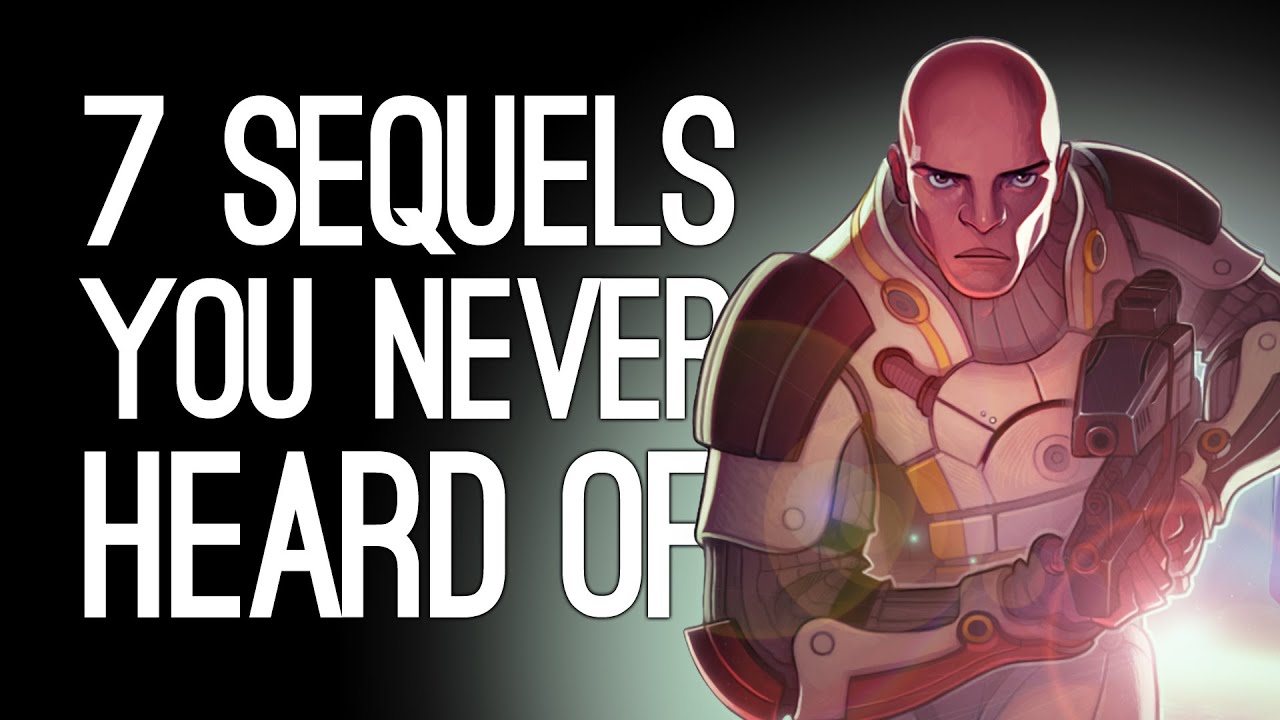 I always wanted to try that Doom RPG, but I guess it’s consigned to history at this point.

Let’s see, the original Baldur’s Gate had a dreadful start, but then the rest of the game wasn’t much better.

That is blasphemy sir! 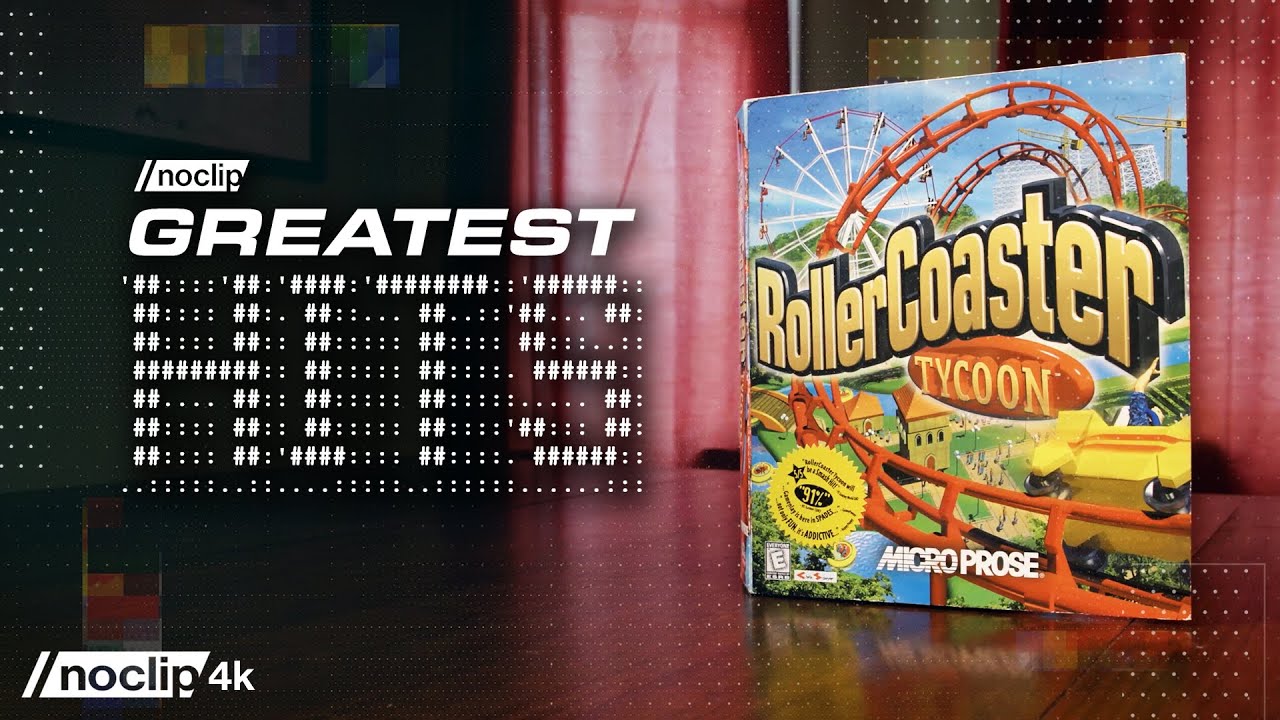 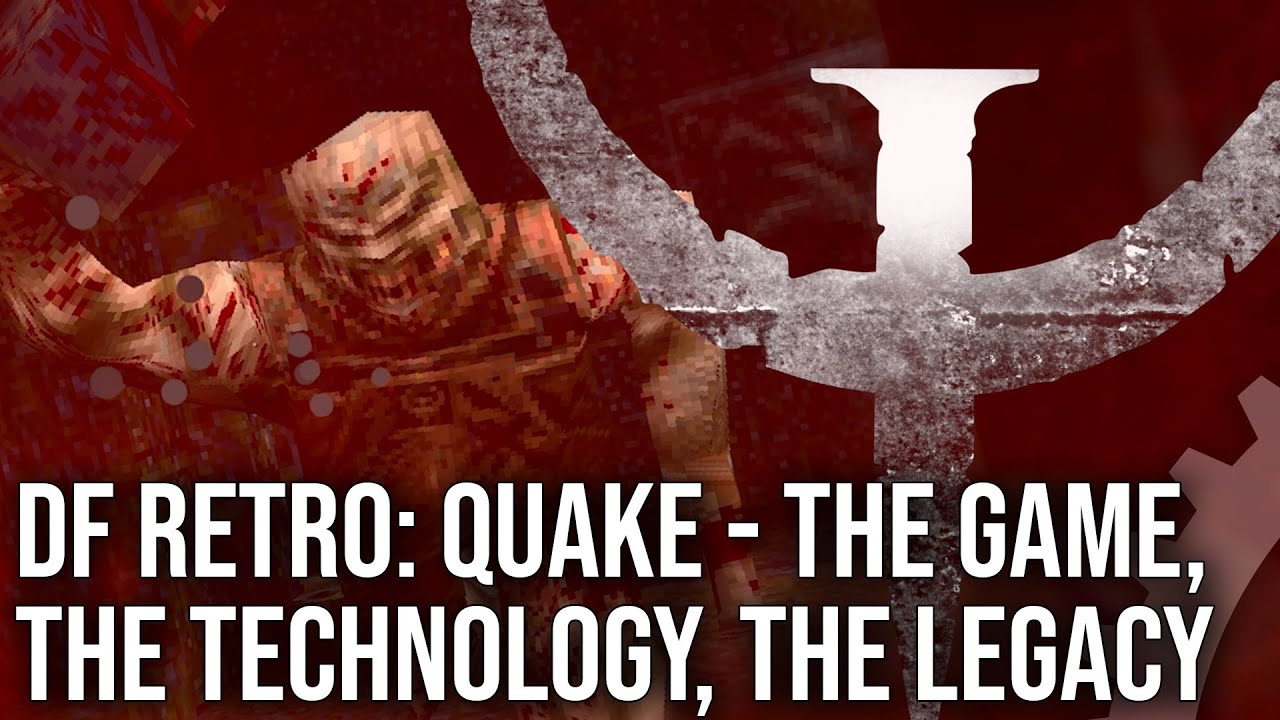 Watching this look back at Quake was interesting. It made me recall the actual reaction I had back then. Oh wow, 486 isn’t good enough to run it? So it requires a much more powerful computer than Descent and Duke Nukem 3D, and what do we get with the extra processing power? A game that looks like various shades of brown with boring enemies and ugly rooms? What the hell? And it doesn’t even let you control the aim with the mouse like Descent does? (Without a console command every time).

That was my reaction at the time, but looking back at it now, it’s nice to be able to appreciate the game. I finally played through the game a few years ago thanks to Qt3, and it’s pretty fantastic.

I wish DF Retro’s video hadn’t been as obsessed with the technology and had gone more into why the gameplay is so tight and timeless. But I guess they are a technology focused house, so that’s what they do. I hope Tim Rogers looks at Quake at some point.

Meet Food4Dogs, an elderly lady who does video game unboxings

Come for the games, stay for the cardigans and life advice